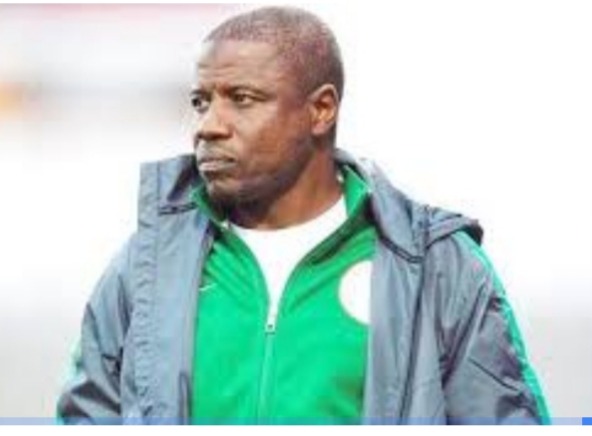 Sadi, a former workaholic midfielder who represented Nigeria at U20 and senior levels, opines the embattled coach deserves a second chance. He extolled the virtues of his former team-mate and explained the alleged bribery incident that lead to his suspension by NFF.

He said: "I didn't want to say anything about coach Salisu, but let me say that he has paid the price of trust. A gentleman came and said that he wanted to see be coach Salisu and that he is the agent of Osas Okoro and Rabiu Ali that he wanted the players to play and coach Salisu told the agent to relax that the players are super regulars in the team, and that he didn't have to come because of the players who are super regulars. The man thanked him and give him an envelope of $900 dollars, he thanked him and came back to our table and told us what happened between him and the man that said he wanted to see him. It was a big mistake for him to collect something from a man you just met but he has learned a lot from that and he deserves a second chance. I have known coach Salisu since our playing together in Kaduna State junior team and then Ranchers Bees, so please he deserves a second chance. You can ask his players he is a coach that buys football kit and solves players' problems, not a coach that collects from players."

During a phone conversation with this writer from his Massachusetts, USA base on Saturday morning, Disu described Salisu's recall by NFF as injustice of the highest order. He flayed the football body for not standing by Samson Siasia, who despite not captured on video collecting money as Salisu did, was handed a life ban by FIFA.

He said: "I am taking aback by Dahiru Sadi's statement about Salisu Yusuf's recall as assistant coach of the Super Eagles. For me, that is injustice of the highest order. Salisu is my friend, Sadi and I played together at both U20 and senior teams, but that shouldn't stop me from saying the truth.

"The bulk stops at NFF's table, they called him back because he is their person. They are standing by him even though he was seen collecting bribe, but didn't do same for Samson Siasia, who only spoke about money but was never seen receiving it before being handed a life ban by FIFA.

"NFF treated Siasia as an orphan but have been pampering Salisu because Siasia is not in their good books, just like Sunday Oliseh, Stephen Keshi and other ex internationals who have worked with them. This is what you get in a country where football is entrusted to persons who know nothing about the game."

Salisu was on 24 July 2018 seen accepting a cash gift in a video released by BBC Africa following a series of investigations on the state of football in Africa.

He was said to have accepted bribe after two investigative reporters approached him to include two footballers in his squad at the 2018 African Championship (CHAN).

The BBC did however state in the documentary that there was no evidence that the cash received by Salisu affected any decisions he made in the player selection process. The coach subsequently denied any wrongdoing, stating that the inducement did not affect his decision to field the players.

Consequently, Salisu was relieved of his Super Eagles job by NFF, but the football body influenced his appointment as manager of Rangers International in November 2019.