By 9aijaSport (self media writer) | 13 days ago

Barcelona are looking to strengthen their squad in January with the signing of a forward player, according to a report from Fichajes.

The Spanish side lack depth in the attacking position with injuries to Ansu Fati, Ousmane Dembele, Martin Braithwaite, and Sergio Aguero.

According to the Spanish publication, Barcelona have turned their attention to Sadiq Umar to bolster the squad in the winter.

Fichajes stated that Barcelona coach Xavi Hernandez is not an admirer of Luuk de Jong and wants a replacement for the Dutch striker.

However, due to the financial disabilities of the club, FC Barcelona cannot sign big names and have turned their attention to the 2016 Olympic bronze medalist.

In this article, we would highlight four qualities of the Nigerian striker that attracted the Catalan side.

His form in the Segunda this season highlights his clinical attribute in front of goal.

Umar has scored seven goals in the league and attempted 2.71 shots per game.

In the sixteen league games played, Umar has a ratio of 6.71 shots per goal and 191 minutes per goal.

One of the qualities of playing in a top team is the ability to express your best version in every game.

However, due to Umar's form this season and his performance last season, the young striker has shown that he is consistent with what he does.

This season he has started on a fantastic note, scoring seven goals and providing six assists in sixteen league games. 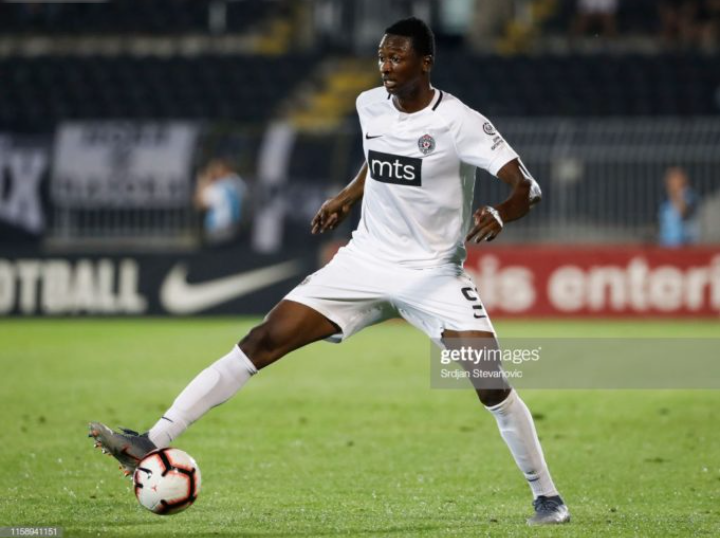 Because of his strength and height, Sadiq Umar is excellent with hold-up play, which helps to retain possession for his team.

Also, the Nigerian striker is good with short passes to create chances and space for himself and teammates.

In the current campaign, Umar has completed 64% of his passes and provided seven assists in sixteen league games.

Furthermore, Barcelona is a team that is known for their culture of keeping possession of the ball and unlocking opponents with short passes.

Finally, another factor considered by the Spanish side is his experience in Spanish football. Sadiq Umar is currently in his second season in Almeria after joining from Partizan Belgrade in 2020.

Which is the best decision for Umar, should he move to Barcelona or complete the season with Almeria?