By Marco'sGists (self media writer) | 13 days ago 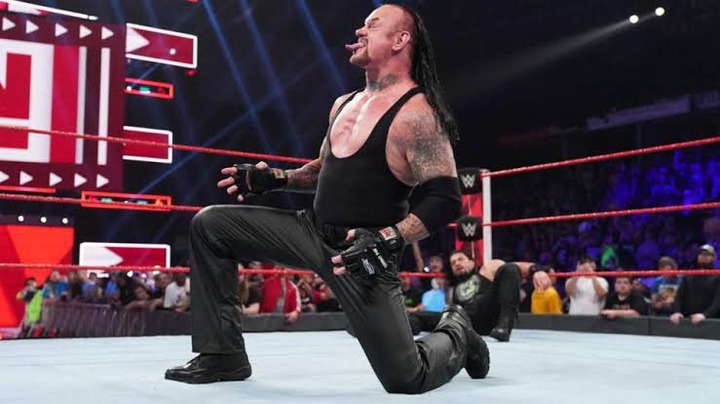 The Undertaker is undoubtedly one of the greatest WWE legends of all time, he was in the business for over 3 decades and left behind a legacy that will be hard for any other superstar to match.

He retired in 2020, after a Wrestlemania match with AJ Styles at WrestleMania 36. Only a few stars were able to overcome the Undertaker, and in this article, we will be looking at 5 of them. 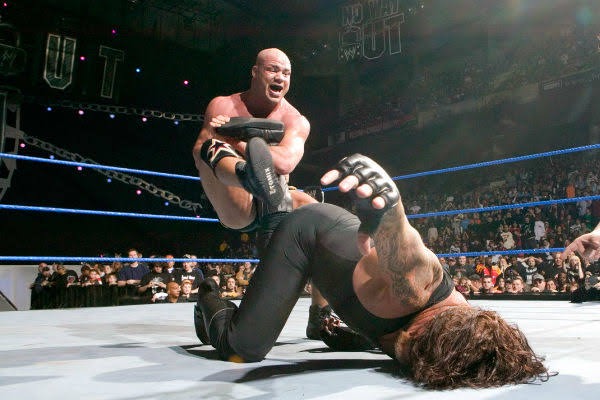 The WWE Hall of Famer, and Olympic medalist; Kurt Angle is first on this list. He was one of the most dominant wrestlers back into the day, and he defeated so many prominent stars including the Undertaker.

Angle also performed as the RAW general manager, before his retirement in 2019. 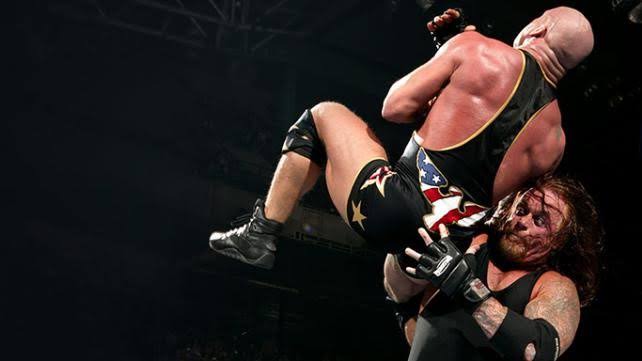 He faced the Undertaker in the PPV event; No way out in 2006. It was one of the toughest matches in Dead man's career, it lasted for over 30 minutes, but Angle ended victoriously. 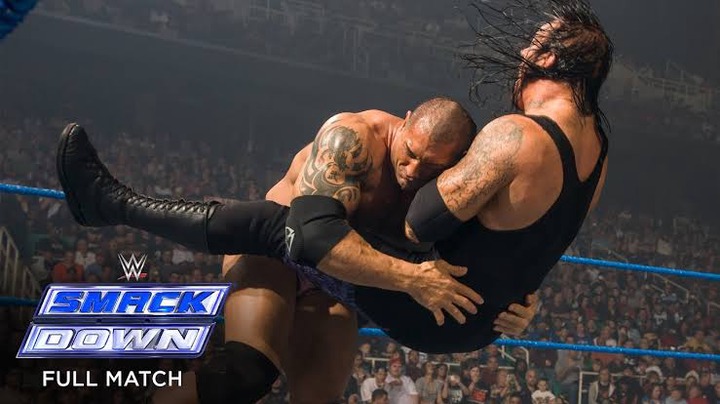 Batista is next on this list, he is an American actor and former wrestler. During his time in the WWE, he was one of the most vicious, he defeated so many bright stars, and the Undertaker is also on the list. 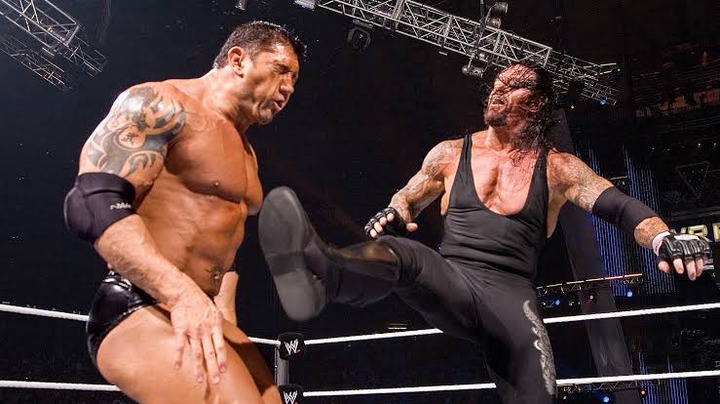 They went head to head in a match in 2007, after a very long rivalry between the two stars, Cold Stone Steve was also present as a special referee.

After a long battle, Batista performed his finishing move; the Batista bomb, and pinned the dead man, to steal the victory. 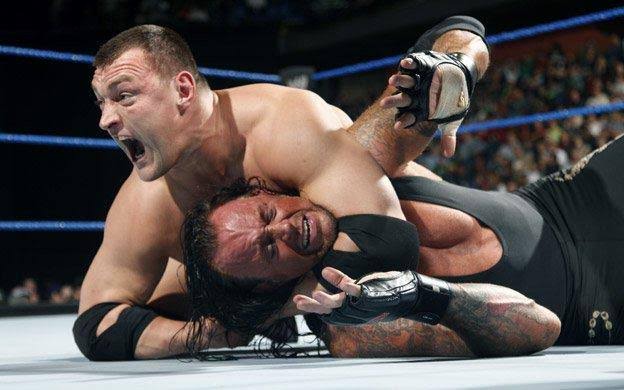 Vladimir Kozlov is also a former WWE wrestler, he was one of the most talented back in the day.

He went head to head with the Undertaker in a match in February 2009. The match started in favor of the Deadman, but the game changed after Kozlov executed his special move on the WWE Legend.

He reversed Undertaker's old school move, and converted it into a powerbomb of his own, he then rolled him up and pinned for the win. 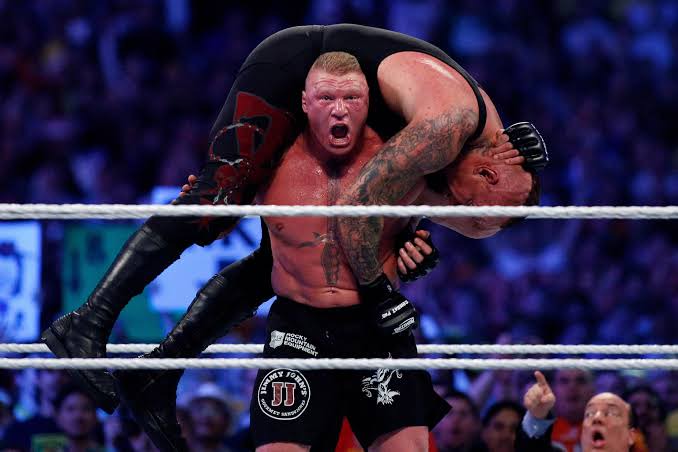 The Beast incarnate; Brock Lesnar is no doubt one of WWE's toughest superstars.

He went head to head with the Undertaker in 2014 at WrestleMania 30. It was one of the biggest matches in WWE history. 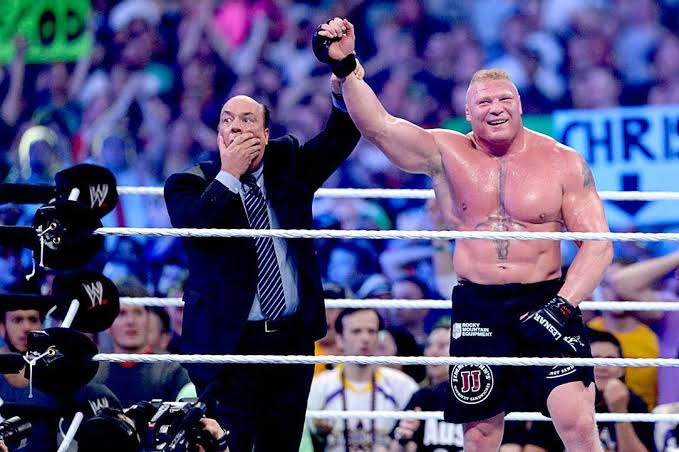 The dead man gave his all, but it was not enough to put down the Beast Incarnate. Brock Lesnar was the stronger man that night, he walked out victorious and ended the Undertaker's 20 years Wrestlemania winning streak. 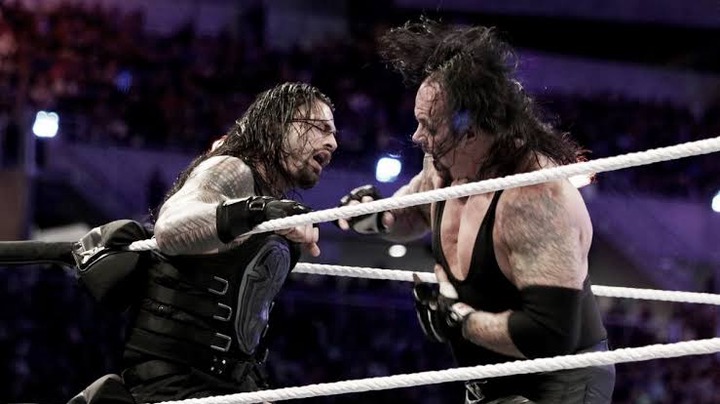 Roman Reigns is the current WWE Universal Champion and is one of the most dominant superstars in the WWE.

He is one of the only men, that have battled the Undertaker, and came out victorious. This happened at WrestleMania 33 in 2017. 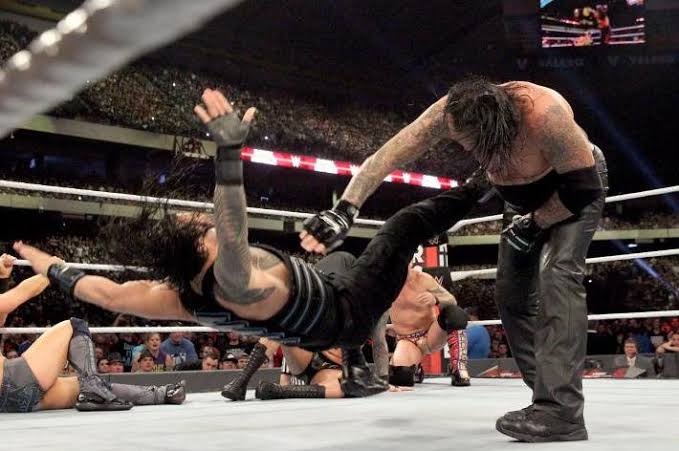 Reigns was vicious that night, he gave the Undertaker all he had, and he conquered. Reign was recorded as the second man to beat Undertaker in a WrestleMania match.