By Bugg (self media writer) | 9 months ago 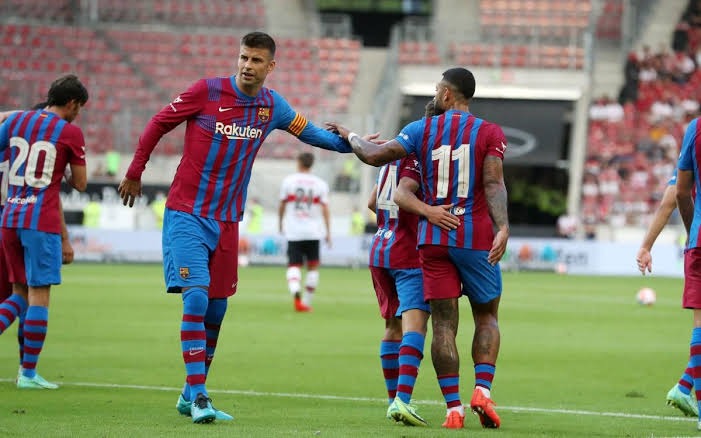 Barcelonas' draw against Granada was one more symptom of how difficult their transition process will be this season. They have lost players, they have a lot of injuries and they have new players to try to lay down on. It is a lot to deal with with Barcelona cutting back. This is a club that recently experienced its best era, but now there are no embers left from those glory days. There may be some older players who were there who are now closer to retirement, but that's it.

The worst part is not that the good times are over or that the titles seem far away. Barcelona are currently at the end of a long process in which their famous style is fading. This has always been their identity, as the style was apparently above the titles and the players. The first signs of change came with Luis Enrique's vertical play, which was different from Johan Cruyff's style of football. Then there was Ernesto Valverde and his 4-4-2, where there were times when it seemed like he was focusing too much on defense.

Now Ronald Koemans Barcelona have used a system of three center-backs last season and against Bayern Munich then this Monday against Granada they ended up throwing long balls to two of their center-backs in the opposing box, as s' they were center-forward. They don't just do that in the last 10 minutes, like even Cruyff did with Jose Ramon Alexanko. They start paying that way sooner. With two draws in four league games and a heavy loss to Bayern Munich, Barcelona did not look good to start the season. They're missing some important pieces, that's true, but it's brave to be overly optimistic about this team and this coach in the short term. Speaking of style after that toss, Koeman was clear. "This Barcelona team is not what it was eight years ago," he said.

We play Barcelona style, but we didn't have wing speed because Philippe Coutinho goes inside and Demir doesn't go too direct. That's how it is. With Ansu Fati and Ousmane Dembele, it would be different because you have more dribbling. We need to look for alternatives. Against Granada, Barcelona scored 54 centers in the area. It ended with Gerard Piqué, Luuk de Jong and Ronald Araujo at the helm. Barcelona is not the Barcelona of before, as Koeman said. Style is no longer above all else. They don't even have that left.