What we learnt from the fans' reaction after Kane made a U-turn in his decision to leave Tottenham.

By Iam4real (self media writer) | 10 months ago

The news linking Tottenham striker Harry Kane with a move away from White Hart Lane was finally put to rest today after Harry Kane posted his decision on Twitter.

He tweeted: "It was fantastic to see the Spurs fans' reaction on Sunday and to read some of the supportive messages I've received in the last several weeks."I'll be staying at Tottenham this summer and will be 100% focused on helping the team succeed." 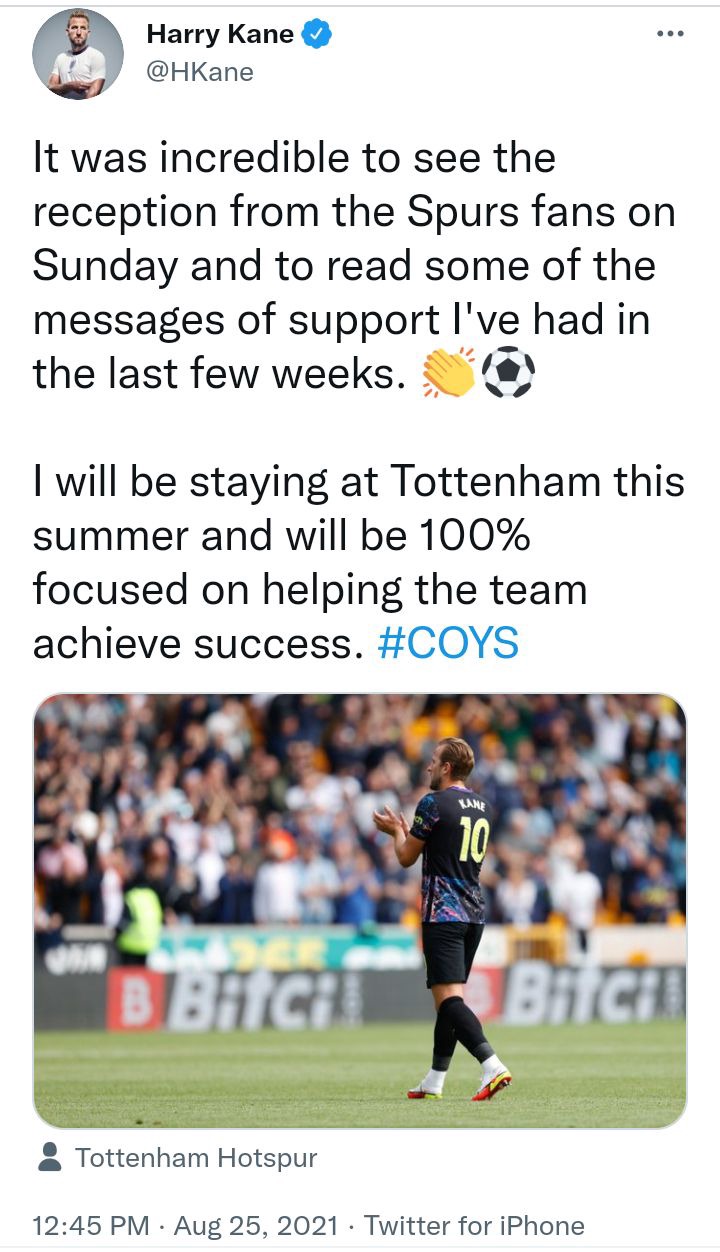 Harry Kane has been drawn into a very long transfer saga. In fact, reports online claim that after the 2020/21 football season ended, Kane quickly made his intention to leave Tottenham known to Daniel Levy. 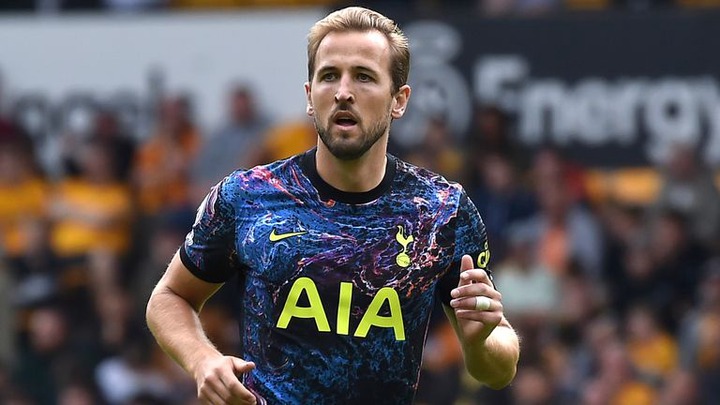 It was indeed a decision that did not go well with the Tottenham Hotspur owners, and Daniel Levy ensured that he frustrated the move.

Hence, the change in his decision to stay with Tottenham to fight on for the club. But did this decision go well with all their fans? No.

Harry Kane's decision to remain with Tottenham ought to have pleased Tottenham Hotspur, who have made it known that they are unwilling to part ways with the striker, as well as their fans, who have clamoured for Kane to stay with the team.

However, the reaction of some Tottenham Hotspur fans showed that the reverse is the case, as seen below. 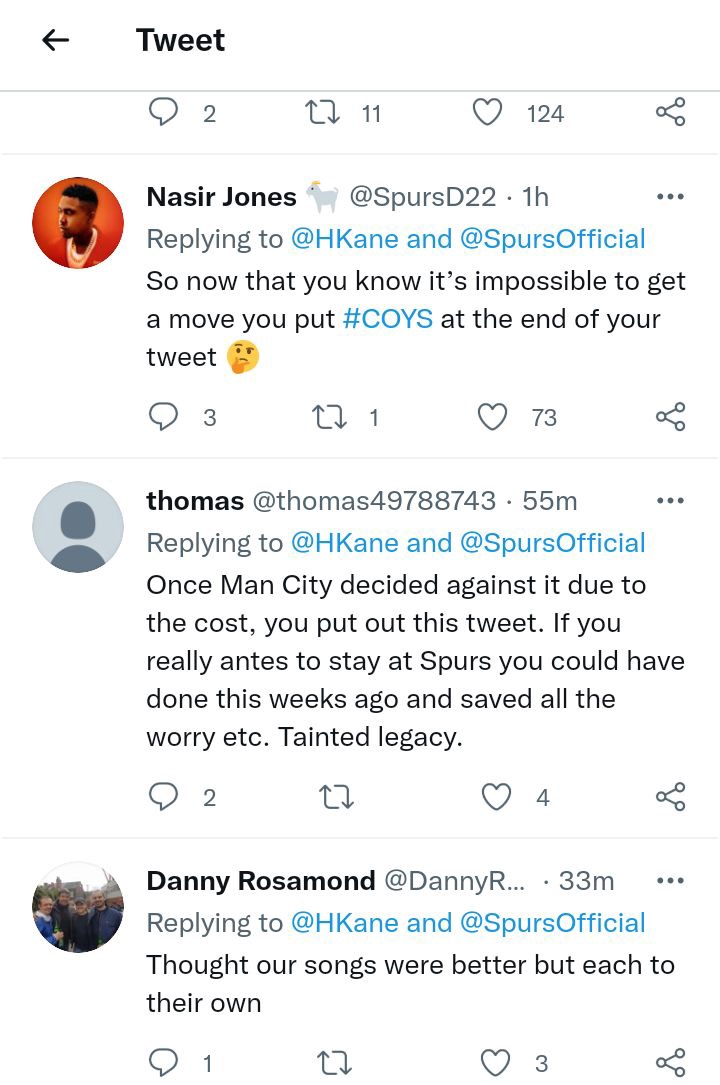 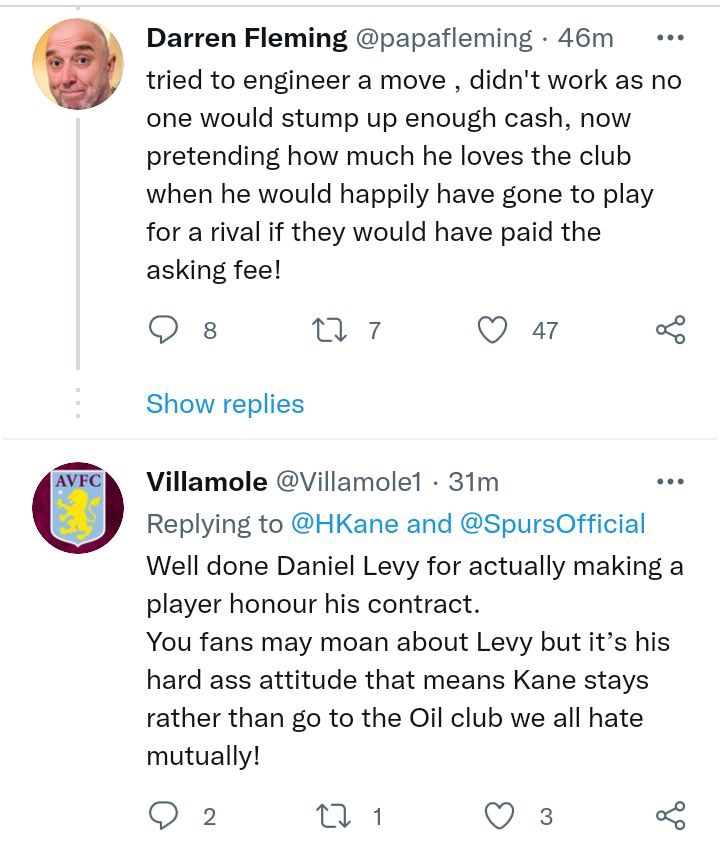 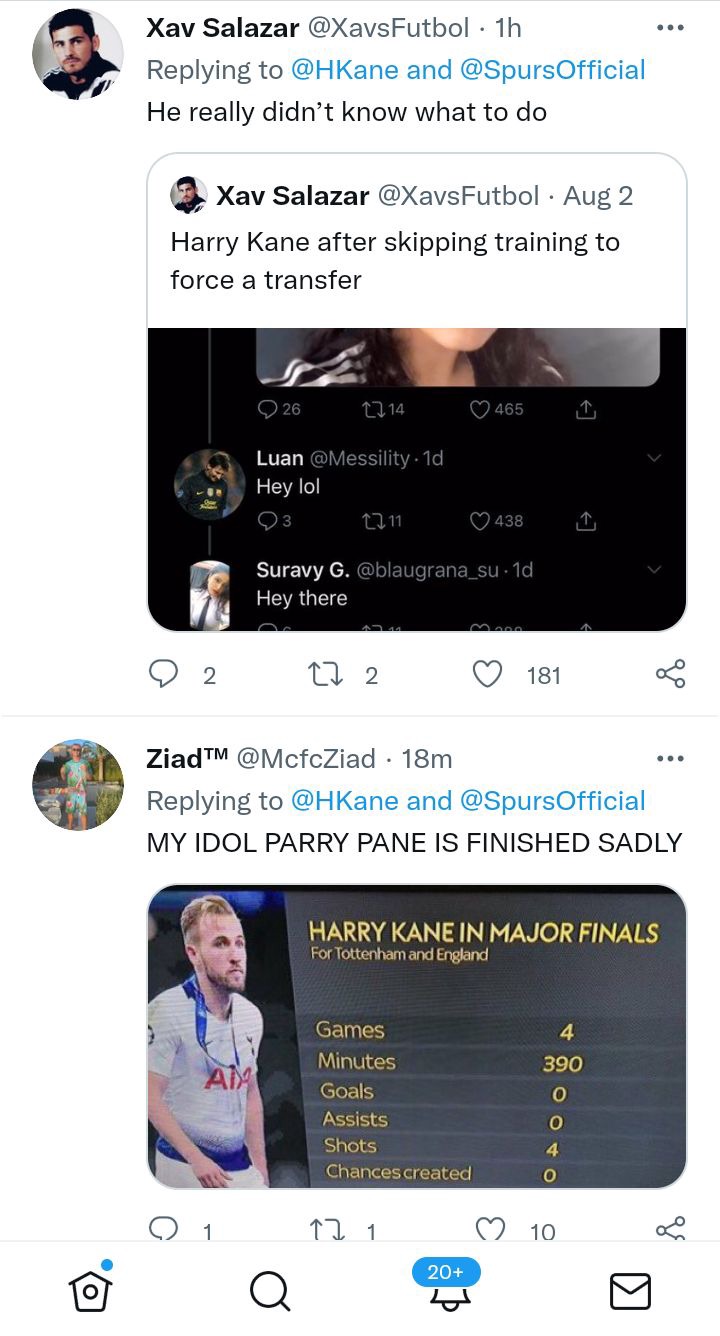 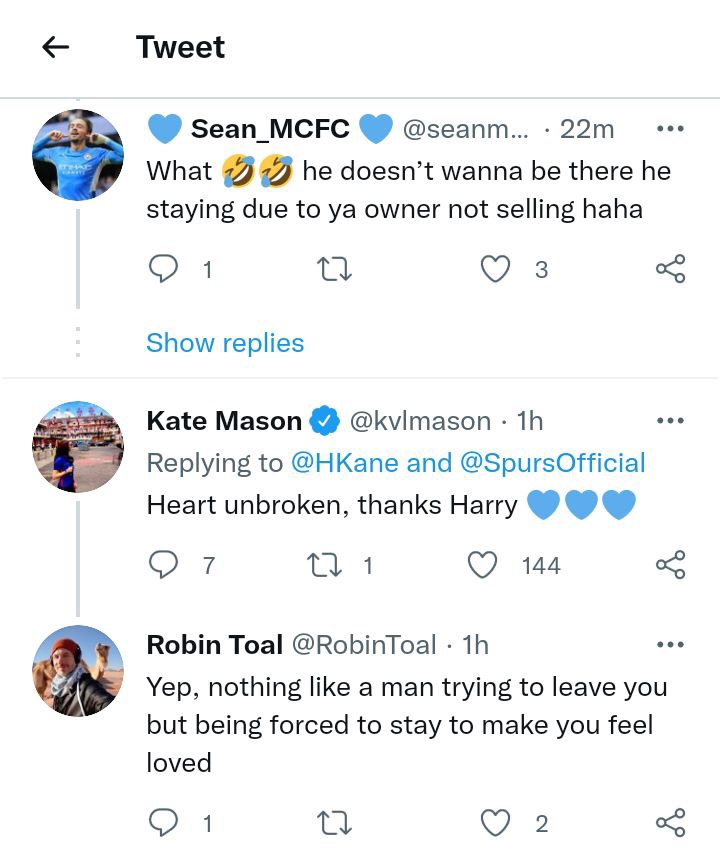 It is clear that humans are insatiable about what they want.

People's reaction to Harry Kane's decision also reveals that it is not always right to want to please others at the expense of your own happiness.

The lesson is, make a decision you can live with, and not based on what others want. Because in the end, if you succeed, you will be the one who enjoys it, but if you fail, you will definitely be the person who bears the brunt.

Do you think the decision to remain with Tottenham this season was as a result of the fact that Kane had no choice, as insinuated by the fans online? Please do leave your thoughts below in the comments box.