Jon Moxley was the first guest on Renee Paquette's new 'Oral Sessions' podcast, and the AEW World Champion was at his honest best while opening up on several topics about his career, childhood, and relationship with his wife.

Moxley has been wrestling for almost 16 years, and early on in his career, the AEW Star worked brutal Deathmatches for Combat Zone Wrestling. Jon Moxley revealed that he made a big mistake by working all the time. While hard work pays off, he realized that working smart is better than working hard all the time. 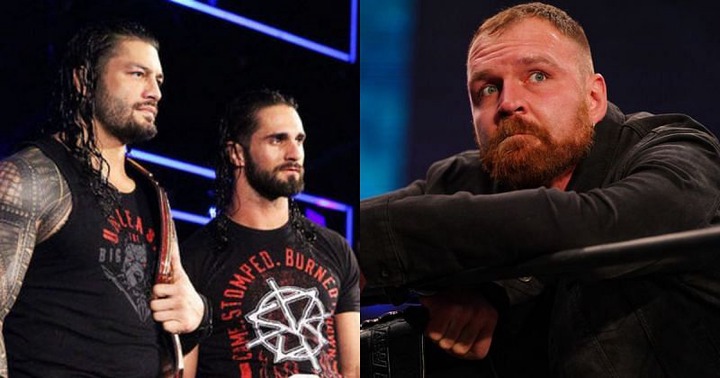 Jon Moxley cherishes a good rest day now as it is essential for the recovery of his body. The former WWE Superstar has been a workhorse all his life, and his body has endured a lot of punishment over the years. The 35-year-old wrestler reminded us all that he hasn't missed many days of work in his career, and he can see the 'physical window' of his in-ring tenure.

However, there is still a long way to go until Jon Moxley calls time on his career. Mox intends on wrestling even when he is 50. Jon Moxley even added that he wants his kids to see him wrestle but said that he would assess his condition in the next year or two.

"The mistake I made earlier which was working all the time. Work ultimately pays off, but you have to work smarter and not harder. Doing things in training, increase mobility – I don't have a problem taking a full rest day."

"I have to work. I can't sit around and do nothing. A rest day is good for recovery. I'm about to be 35. The career I had before this – as far as deathmatches and a lot of stupid stuff I did to my body – all the time in WWE, years of literally going through multiple tables every single night and driving a zillion miles. I haven't missed a day of work in years. I can feel my physical window. Not that it's closing, but I'm aware of it now. I want to keep it open and extend. I want to wrestle as long as I possibly can. I want to wrestle when I'm 50. I want to wrestle if we have kids and they can come to see me wrestle. Over the next year or two, I'll kind of see where I'm at physically and make a decision.

Jon Moxley also commented on traveling with The Shield for two years and how he hardly spent any time at home. Jon Moxley didn't mind the hectic schedule as it was an adventure to him back then, and he had a great time with Roman Reigns and Seth Rollins.

"Those first couple of years, me and The Shield were on the road every week for two years straight – be home for 36 hours. I wouldn't even go home. I would just go to the next town because of going to [my home in] Vegas and turning right back around. I didn't mind. It was an adventure back then. I was having a great time." H/t  WrestlingInc and Mehdy Labriny

Jon Moxley is currently enjoying the relaxed AEW schedule. Still, he has a big match ahead of him as he prepares to defend the AEW World Championship against Kenny Omega on the December 2nd episode of AEW Dynamite.