By SPORTS_ARENA (self meida writer) | 10 days 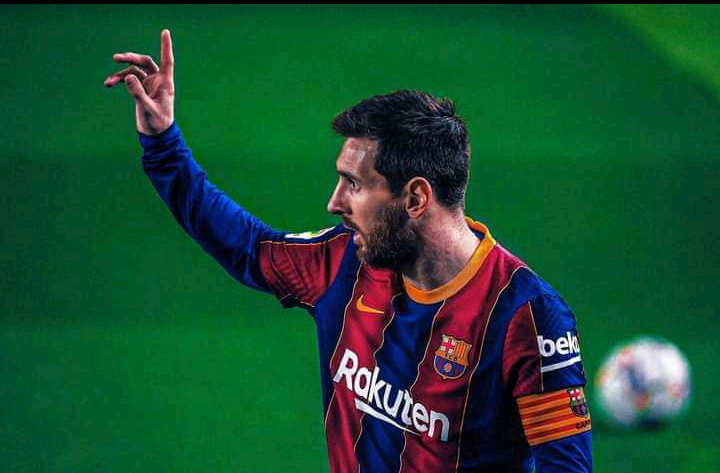 Lionel Messi is an Argentine professional footballer who plays for Spanish football club Barcelona and Argentina national team. Lionel Messi has won alot of individual awards and the collective ones but never has he won an international trophy.

Lionel Messi is the only football player to win the Ballon d'or six times, one ahead of Cristiano Ronaldo who has five currently.

Lionel Messi could win himself another Ballon d'or this season to make him the only player with 7 Ballon d'or, after doing doing some great things in football this season which includes:

-breaking Xavi's record as the Barcelona player with the highest appreance.

At the beginning of the season, Barcelona captain finds it hard to score from a open play. To the extent that some football fans trolled him saying "he's finished". But after the New Year break, Lionel Messi has proved them wrong by scoring goals and more goals.

Remember at a time Atlético Madrid was leading the Laliga table with huge points and some games in hand, and this form of them has confused the football world that they are automatically the league winners. But after facing some huge blows like injuries and some other problems which has made them to lose form and teams like Real Madrid and Barcelona are able to meet up with them.

If Lionel Messi could possibly win the two trophies and end the season as the highest goal scorer, the Barcelona talisman could be on his way to win his 7th Ballon d'or.

if you think I made a mistake or there are some things I didn't mention, kindly mention it in the comment section box below.

Guys, this is one quality to posses inorder to gain easy access to any Lady's heart

4 Ways To Make Your Woman Happy Aside Sex

Ladies, if you want to make a guy to fall in love, just do these 5 things

6 Ways On How To Make Your Girlfriend Trust You More

Reasons Why Every Lady Should Date A Shy Guy