Opinion: Why Messi is miles ahead of Jorginho in the race for the best player of the year award

By Martsyl (self media writer) | 10 days ago

The Ballon d'Or thirty man list was just released a few days ago and a lot of fans were happy to see some of their players on the list. Chelsea and Manchester City have the same number of players who are competing for the title this year. 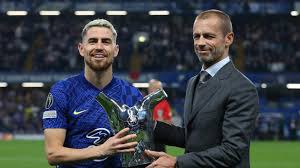 A lot of pundits have given Jorginho their support to win the Ballon d'Or award this year after his excellent performance in the Champions League and Euro 2020 competition. The midfielder was instrumental in both competitions for his county and club, he was able to dictate and control the game showing class and a better understanding of his role in the midfield.

Having won the UEFA player of the year award, a lot of football fans are in full support of the Italian to win the award which could be proper to say but looking at Messi masterclass last season and his awesome performance in the Copa America then there is a great possible chance for Messi to grab his seventh Ballon door title ahead of Jorginho and the rest. 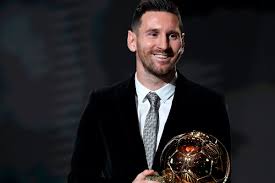 Lionel Messi was the highest goal scorer in the Laliga last season, he scored a total number of 30 goals and also recorded 9 assists. Despite missing out on the Laliga trophy, you wouldn't deny an accolade for such a wonderful performance last season.

The Argentine player showed a different class during the Copa America competition where he scored a total of six goals in five games for his countries and has the record for most assist in the competition. Messi was unplayable throughout the competition and also went ahead to win the trophy for his country which was his first-ever international trophy.

From another point of view, Jorginho proved himself with Italy during the Euro competition. He brought stability to their midfield and was also available for the country during the competition.