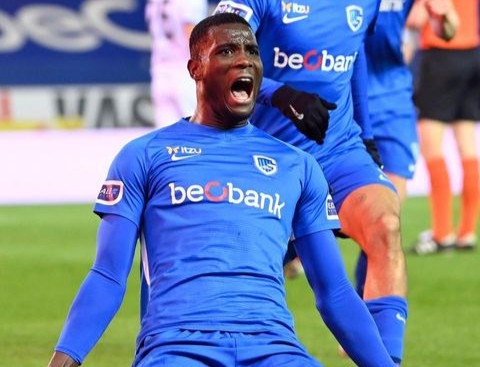 Super Eagles of Nigeria forward, Paul Onuachu was in action on Sunday night for KRC Genk in their 9th game of the Belgian Pro League against RFC Seraing at the Luminus Arena.

The Nigerian star retained his spot in his team's starting XI following his outstanding performance for the club in their previous game where he was able to net a brace in their six-goal thriller. 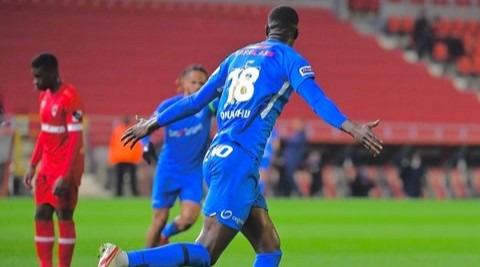 Paul Onuachu in the show of the night continues his brilliant run of form as he sealed the deserved win for his side by netting an incredible hat-trick to keep his team going in the competition.

Paul Onuachu was able to bounce back after failing to put his side ahead in the 33rd minute from the spot, as he finally opened the scoring sheet in the 42nd minute to make it one nil before he was able to doubled the lead by making it two in the 44th minute going into the half time break. 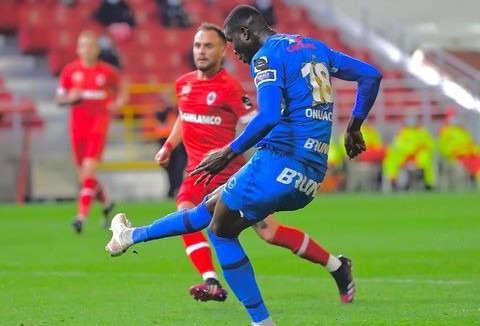 In the second half of the game, the host as the dominant side were able to extend their lead as Onuachu got his hat-trick of the night via penalty as he put the ball away from the spot this time to make it three goals to nil in the 49th minute.

After several attempts from both ends to add more to the tally of the night, all proved abortive as it ended three goals to nil at full time.

The win for KRC Genk has now taken them to the 3rd spot on the table with 17 points in 9 games played and as such be hoping to keep the winning streaks going in their next fixture, so as to continue their pursuit in the competition. 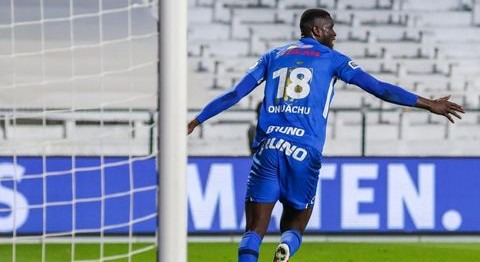 Paul Onuachu as well will also be looking forward to continuing his goal scoring form in their next fixture so as to keep helping the team.