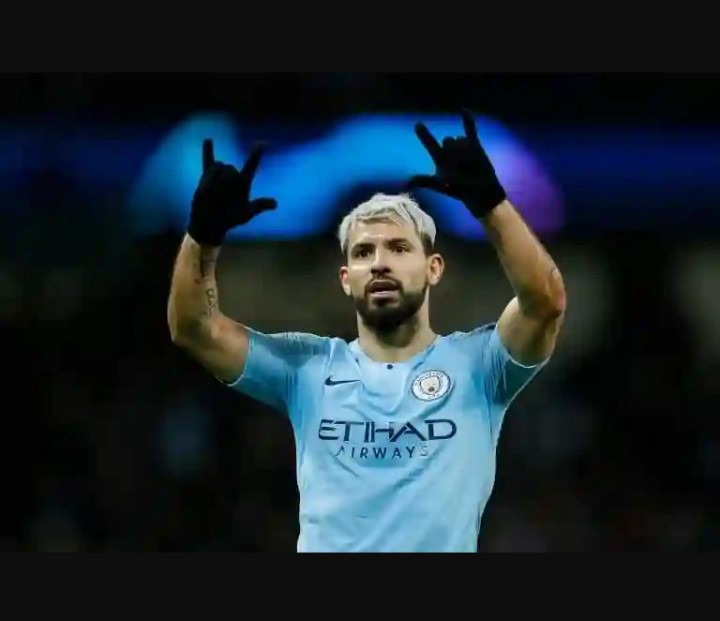 When Sergio Aguero leaves Manchester City at the end of this season and secures a transfer to a new club, he will do so as the most prolific active goalscorer in the Premier League. The Argentine striker currently sits on 182 goals in the division following his expertly-taken strike against Crystal Palace last Saturday. Only Alan Shearer, Wayne Rooney and Andy Cole have more.

Just because Aguero is leaving City doesn’t mean he can’t continue to rise up the all-time Premier League goalscoring chart. Speculation has linked the 32-year-old with Arsenal, Chelsea and most recently Everton with the player himself believed to be open to the idea of staying in English football for at least another season.

Chelsea are surely an attractive transfer option for Sergio Aguero. Last summer saw the Blues spend over £200m on attacking talent in the transfer market, but they still lack a true penalty box poacher. This is where Aguero, one of the most natural finishers of his generation, would give Chelsea something they are currently missing.

What’s more, a move to Chelsea would allow Aguero to compete for more titles and honours. Thomas Tuchel has made an instant impact at the club since his appointment in January with the Blues making the Champions League final in addition to the FA Cup final. They are also a good bet to finish in the Premier League’s top four.

Competition at Stamford Bridge would be stiff for Aguero, though. Timo Werner has been most effective in a wide role for Chelsea, but the German attacker can still be deployed through the middle. Kai Havertz is another who can operate as a centre forward, albeit in a slightly different way, with Tammy Abraham and Olivier Giroud still on the club’s books.

While Sergio Aguero would likely be a stop-gap solution for Chelsea, Mikel Arteta might build his Arsenal attack around the Argentine should he decide on a transfer to the Emirates. The Gunners are very much a work-in-progress under the Spaniard and this summer will be crucial if they are to finally flourish next season. With Alexandre Lacazette’s future far from certain and Pierre-Emerick Aubameyang underperforming, the signing of a new centre forward could be a priority.

Aguero would be surrounded by exhilarating attacking talent at the Emirates Stadium. The 32-year-old could act as a mentor to the likes of Bukayo Saka and Emile Smith Rowe, giving Arteta valuable experience in the dressing room. Of course, Arteta already knows Aguero having worked with him at Manchester City as Pep Guardiola’s assistant.

If Sergio Aguero wishes to stay in the North-West, a transfer to Everton is another option. The Toffees established a new precedent by luring James Rodriguez from Real Madrid last summer and they could follow that up with another ambitious signing in the form of one of the greatest Premier League goalscorers of all-time.

However, it’s not as clear where Aguero would fit in at Goodison Park. Carlo Ancelotti has favoured a 4-3-3 formation this season with Dominic Calvert-Lewin as the focal point of his attack. The England international’s physicality and threat in the air is crucial to the way Everton play, so would Ancelotti shift shape to accommodate Aguero? How would he mesh with Calvert-Lewin?

The biggest transfer factor for Sergio Aguero at this stage of his career is fitness. Injuries have limited the 32-year-old this season and so there would be an element of risk attached to his signing by anyone. But if Aguero can put these fitness troubles behind him he could be a shrewd addition for a club in need of a striker who knows where the goal is. Is there anyone out there who doesn’t want a player like that?