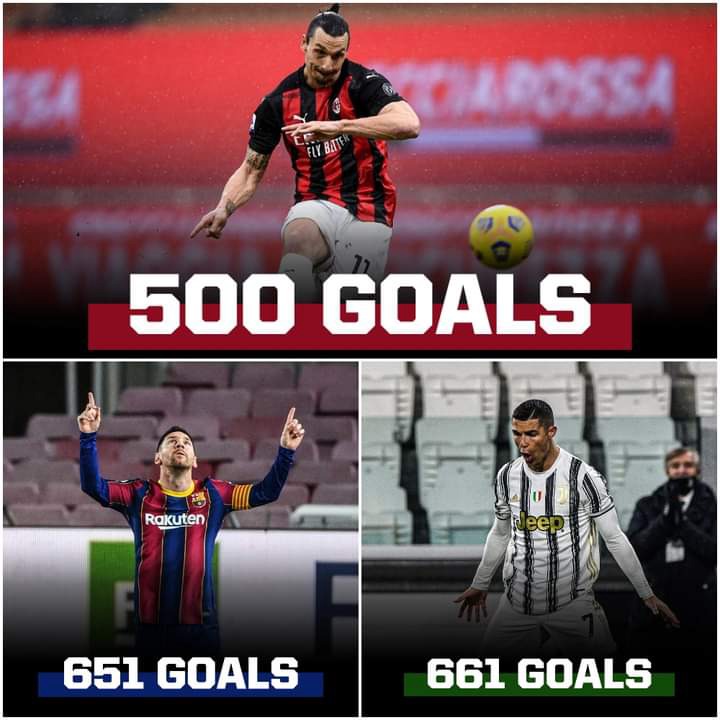 Christiano Ronaldo, Lionel Messi, and Zlatan Ibrahimovic are the only three active football players to have scored at least 500 club goals.

Ronaldo, who was named the player of the century a few months ago currently played for the Italian side, Juventus, has scored as many goals as possible goals (763) for both club and country out of which 661 of them are club goals and he managed this between four clubs, Sporting Lisbon(Sporting Lisbon), Manchester United(England), Real Madrid(Spain), and Juventus (Italy).

Second is Lionel Messi, Who was named the best men's player of the decade by the International Federation of Football History and Statistics (IFFHS) last week. Leo has managed a total of 651 goals for Barcelona since he made his debut in 2004 for the team, a record which no player has ever attained at Barcelona.

The last player on the list is AC Milan legendary, Zlatan Ibrahimovic who is the last active player to have scored at least 500 goals for clubs.

crayon so fine lyrics dice ailes ft falz housemates up for eviction this week i love you sms oluwaseyi makinde
Opera News is a free to use platform and the views and opinions expressed herein are solely those of the author and do not represent, reflect or express the views of Opera News. Any/all written content and images displayed are provided by the blogger/author, appear herein as submitted by the blogger/author and are unedited by Opera News. Opera News does not consent to nor does it condone the posting of any content that violates the rights (including the copyrights) of any third party, nor content that may malign, inter alia, any religion, ethnic group, organization, gender, company, or individual. Opera News furthermore does not condone the use of our platform for the purposes encouraging/endorsing hate speech, violation of human rights and/or utterances of a defamatory nature. If the content contained herein violates any of your rights, including those of copyright, and/or violates any the above mentioned factors, you are requested to immediately notify us using via the following email address operanews-external(at)opera.com and/or report the article using the available reporting functionality built into our Platform 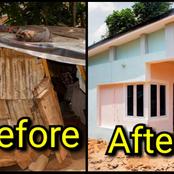 2021 Batch A stream 1 deployment has been released. Check your portal now 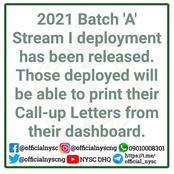 You're a patriotic Nigerian - Northern Governors greet Osinbajo at 64 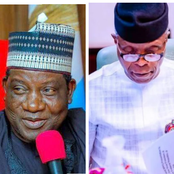 Check Out These Unique Hairstyles For Every Man 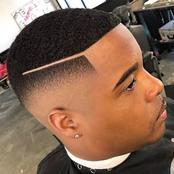 If You Love Red Senator Outfits For Men, Checkout These Ones 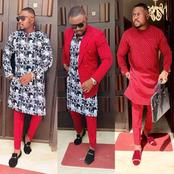 How To Be More Productive In Anything You Do 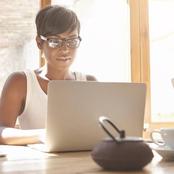 HIV/AIDS Is Real: 5 Early Signs A Person Has Virus But Might Not be Aware Of It 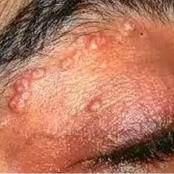 Why You Should Always Plan Ahead 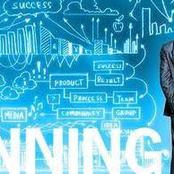 5 Best Special Forces In The World 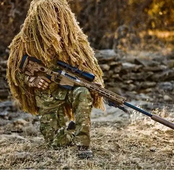