Barcelona has had a terrible month so far and will want to set things right against a struggling Alaves side on Sunday. The Catalans suffered a shocking loss against Osasuna during the week and conceded the La Liga title to arch-rivals Real Madrid in the most humiliating manner possible.

Neither Alaves nor Barcelona has much to play for in terms of silverware this season but the Blaugrana will want to salvage some of its pride with a convincing victory in the fixture. Barcelona has copped several blows since the La Liga restart and may not be able to survive the wrath of its fanbase if it suffers another defeat on Sunday. 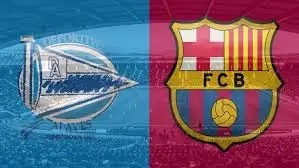 Barcelona needs to find some momentum ahead of the side's Champions League clash against Napoli and will have a perfect opportunity to make a statement against Alaves. The Blaugrana's style of play has deteriorated over the past few games and Quique Setien has a definitive point to prove tomorrow.

Barcelona has failed to meet expectations this season and the 2-1 defeat to Osasuna only served to sprinkle more salt in the fans' severely festering wounds. Alaves does not have the best defensive record this season and Barcelona will be subjected to further criticism if it does not put on a show at the Mendizorrotza Stadium.

Barcelona has a formidable record against Alaves and is unquestionably in a better position to win this fixture. The two sides have played 13 fixtures against each other and Barcelona has unsurprisingly dropped points in only one game.

Barcelona put four into Alaves' net in the reverse fixture in December with the trio of Luis Suarez, Lionel Messi, and Antoine Griezmann getting on to the scoresheet. Alaves has struggled in its own half this season and will have to resort to a deep defensive block to prevent Barcelona from managing yet another rout.

Barcelona has struggled to break down La Liga's defences in the recent past and will have to become more creative and innovative against Alaves. The Blaugrana has scored only three goals in its last three fixtures and a big win will certainly help the squad's morale. 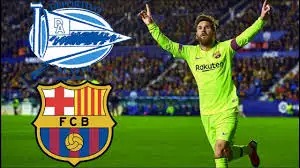 The fixture between Osasuna and Barcelona saw a string of yellow cards for the Catalan superstars in the second half. Ivan Rakitic, Gerard Pique, and Junior Firpo are suspended for the game against Alaves and will not be able to join the squad.

As a result, Quique Setien has named only three outfield substitutes in his matchday squad to face Alaves. Frenkie de Jong is likely to start for the Blaugrana and Riqui Puig will keep his place in the starting eleven alongside Sergio Busquets.

Gerard Pique is set to be replaced by Barcelona youngster Ronald Araujo and Jordi Alba will return to the starting lineup after getting some well-deserved rest through the week. Antoine Griezmann will have to watch from the sidelines after picking up an injury against Real Valladolid. 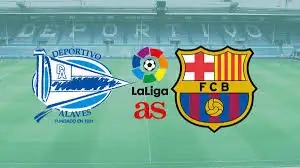 Barcelona has to pick up a victory against Alaves to boost the morale of a tired squad after a thoroughly disappointing season. The Catalans have to make the most of Alaves' defensive woes and score a few goals to pacify a furious fanbase.

Alaves will be without first-choice centre-back Rodrigo Ely after the defender picked up a late red card against Real Betis. Barcelona's attacking superstars will fancy their chances against a new-look Alaves defence and will want to put their goalscoring woes behind them.

Lionel Messi cut a frustrated figure on the pitch against Osasuna and Alaves will have a massive problem on their hands if the Argentine manages to channel his anger and deliver a supernatural performance.

For all of Barcelona's struggles this season, it will come as a genuine shock if the side manages to bottle yet another fixture against an Alaves side that has just about saved itself from relegation.