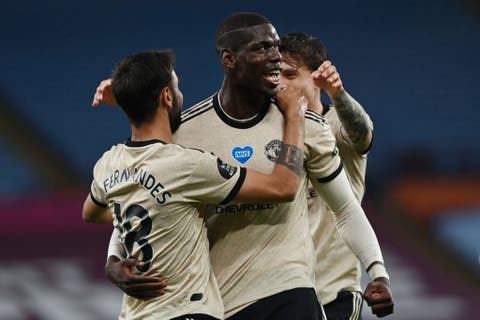 Manchester United will take on Chelsea at Wembley Stadium on Sunday evening hoping to win and book a place in the FA Cup final. The Red Devils are in with a good chance of tasting some silverware this season as they are also in the running to win the UEFA Europa League as well. Ole Gunnar Solskjaer could make a few changes to his first-team for this clash as he has often preferred to use the likes of Sergio Romero, Juan Mata and Odion Ighalo in the cup competitions this season.

The Mancunian giants will head into this contest after securing a comfortable 2-0 win over Crystal Palace in midweek which will keep them in high spirits when they lace up to face the Blues tomorrow. Here are three tactical decisions Solskjaer should make to ensure his team’s victory over Frank Lampard’s men this weekend.

A lot of Man United’s success has been down to Fernandes and his incredible impact at Old Trafford this year. He has been a lethal presence in the number ten position as an attacking midfielder and has often proved himself to be a real game-changer for Man United in recent weeks. He has carried most of the creative burden at the Theatre of Dreams since the season’s restart. Solskjaer should rely on his creative brilliance to unlock the Chelsea defence at Wembley tomorrow.

Give His Full-Backs The License To Get Forward

The Red Devils should focus on exposing the opposition’s lack of pace in the full-back positions by using their full-backs to provide some natural width out on the flanks. Solskjaer should give both Aaron Wan-Bissaka and Brandon Williams the license to get forward at every chance they can get so that they can provide some decent service for Odion Ighalo up top.

Use The Likes Of Martial Rashford, Anthony Martial and Mason Greenwood Off The Bench If Needed

Solskjaer’s bench could be brimming with pacey players as the likes of Marcus Rashford, Anthony Martial and Mason Greenwood are all expected to be named on the bench this weekend. All three players could come on and be real game-changers if they can maintain their high goal-scoring standards from recent weeks. The talented trio has the firepower required to help Man United get over the line with a win if they require a goal in the second half.