When Arsenal hosts Aston Villa at the Emirates Stadium on Friday night, they will look to extend their Premier League unbeaten streak to six games.

On Monday night, Arsenal came from behind to earn a point against Crystal Palace, while Villa were stunned by a late Wolverhampton Wanderers comeback in the West Midlands derby.

While the Gunners have now gone undefeated in five Premier League games and six in all competitions, the same old doubts were raised after Monday's draw, which leaves Arteta's team in 12th place after eight games.

Thierry Henry recently questioned whether Arteta was taking his former club in the right direction, and the 228-goal striker's concerns appear to have been justified, especially with Lacazette — limited to substitute appearances so far this season and rumoured to be leaving in 2022 — providing the bright spark in the second half against Palace.

Arsenal has only lost one of their past six Premier League games at the Emirates, claiming seven points from the last nine available at home, but they have lost back-to-back Friday games without scoring a single goal.

Arsenal will be missing Granit Xhaka for the next few months, while Bukayo Saka was substituted at half-time against Palace after receiving a terrible strike to the back of the leg from James McArthur, who was only given a yellow card.

Saka was "quite sore" after the game, according to Arteta, so Lacazette has a chance to earn a start this weekend, with Aubameyang possibly shifting to the left and Nicolas Pepe staying on the right.

If that's the case, Thomas Partey, Martin Odegaard, and Emile Smith Rowe might all keep their spots in midfield, with Albert Sambi Lokonga on the bench after his error for Palace's second after Partey lost the ball for Benteke's first on Monday. 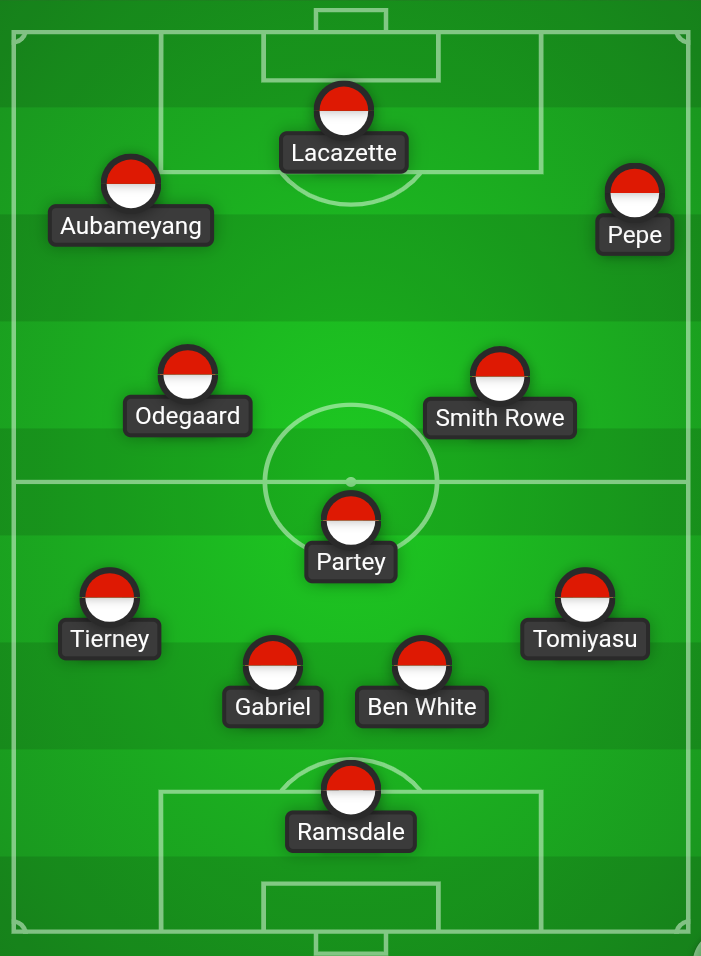