ITA Vs ESP: All You Need To Know Ahead The UEFA Nations League Semi-final First Leg At San Siro.

It is another week for International football duties, with many countries vying for the right to clinch continental tickets to represent in Qatar 2022, while others may be playing for pride and national reunion. On Wednesday 6th October, Italy will play Spain in the UEFA Nations League Semi-final at San Siro, with Belgium and France meeting the next day in Allianz Stadium Turin. The winners of the semi-final, will square off in the final set to be played on Sunday 10th October at San Siro, while the losers will meet in the 3rd Place Play-off at Allianz Stadium.

Ahead of the match in Italy, 07:45pm (GM+1), let's look at the Previous Meetings between Italy and Spain And Their Recent forms.

Previous Meetings Between Italy and Spain

The Azzuri, EURO 2020 winners and four(4) times World Cup winners, are definitely the team to beat at the moment, prior to their recent EURO triumph, they were abysmal in the way they play but have become a United team under Roberto Mancini. For La Roja, Luis Enrique has continued his building process to take Spain back to the glorious days and will be hoping to upset the Italians in this competition, having previously failed in the Semi-final stage of the last EURO.

These two teams have met 34-times since their first meeting on 9th March 1924 in an international friendly match, a match that ended goalless draw. Their first Competitive match was on 31st May in the 1934 FIFA World Cup in Florence Italy, which ended in a 1-1 draw, and 1-0 in the reverse leg on 1st June that gave Italy the passage to the Semi-final stage against Austria. 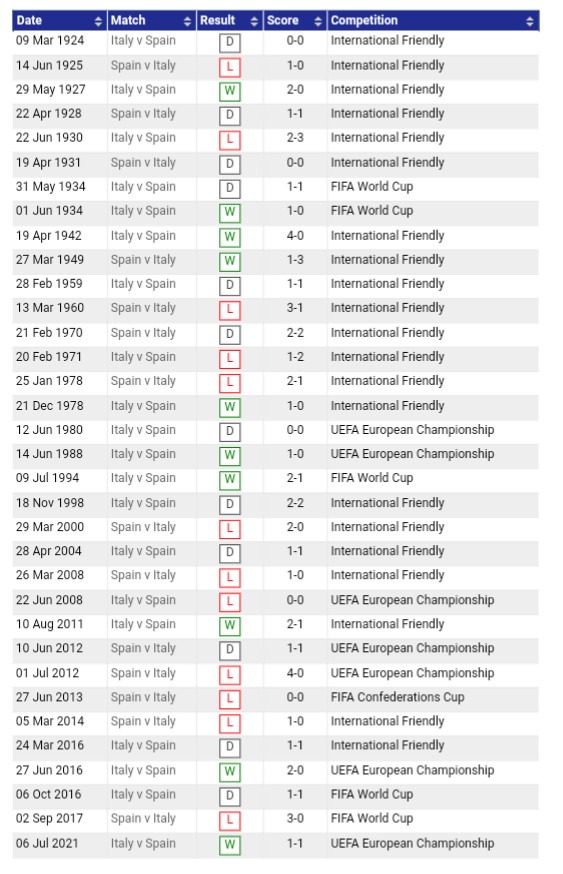 The last matches was in the Semi-final stage of last EURO, with the Azzuri winning after penalty shootouts at Wembley Stadium. In summary, Italy have won 10-times, drawn 12-times and lost 12-times against the La Rojas, meaning Spain have won times in their previous meetings. However, history may not count on Wednesday night, as both teams will be out to clinch the ticket to contest for the second edition of the UEFA Nation's League trophy. 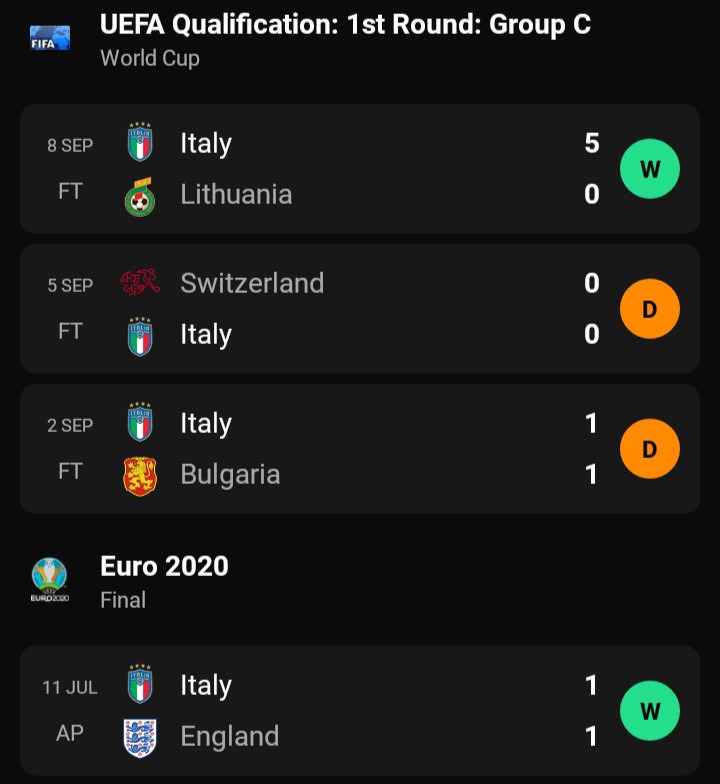 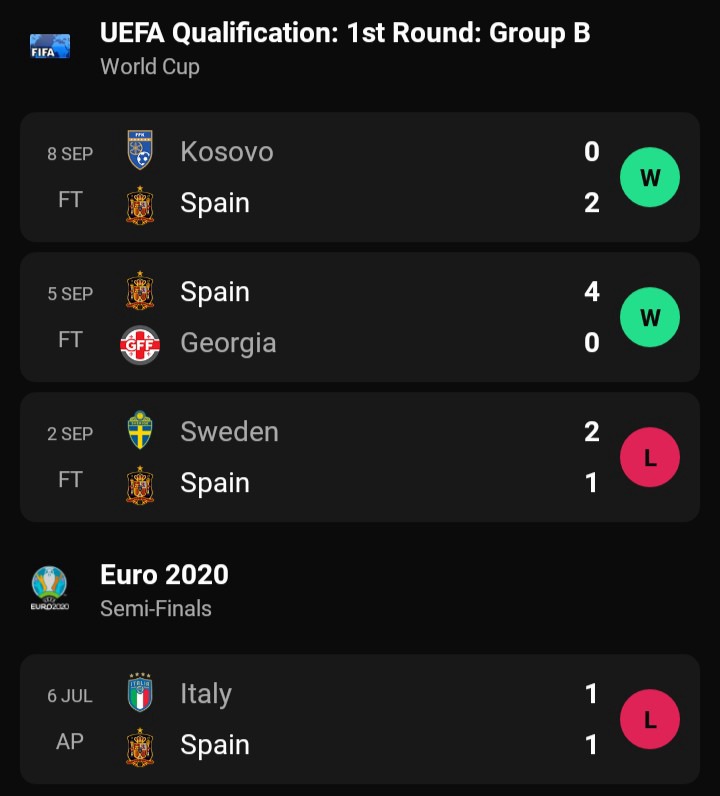 After losing to Italy in the Semi-final of the last EURO, Spain restarted their World Cup qualification matches with a 2-1 defeat at Sweden, but recovered to claim back to back wins over Georgia at home and Kosovo away. With Luis Enrique sticking to a more youthful side than his Italian opponents brimmed with more experienced players, it will be interesting to see how they fare on Wednesday night.