Arsenal headed to the Etihad Stadium to face reigning champions Manchester City, hoping to earn a victory after two consecutive defeats against Brentford and Chelsea. 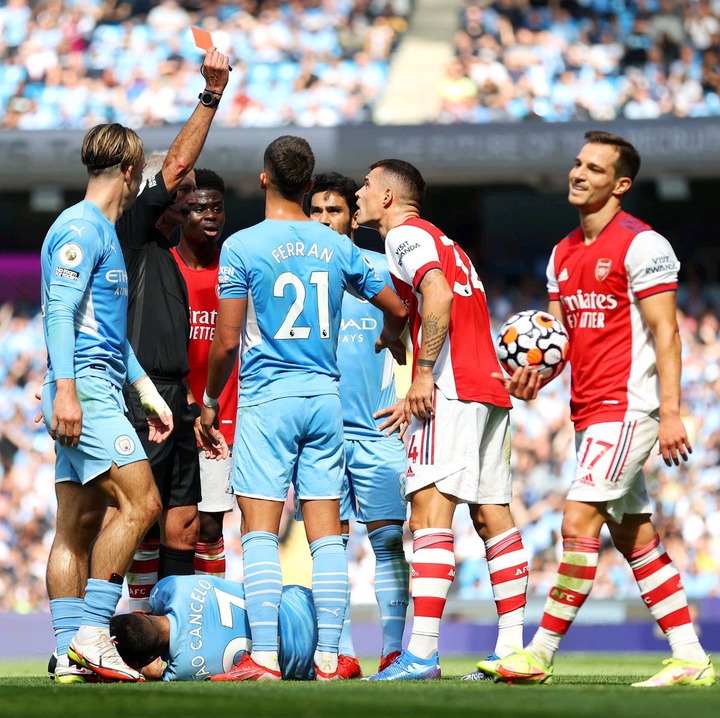 The Gunners, on the other hand, were in for a major shock as the hosts seized the lead early on via Ilkay Gundogan before Ferran Torres made it 2-0 after 12 minutes.

As if that wasn't bad enough, referee Martin Atkinson added insult to injury by issuing a straight red card to Granit Xhaka for what he deemed a 'dangerous' challenge. 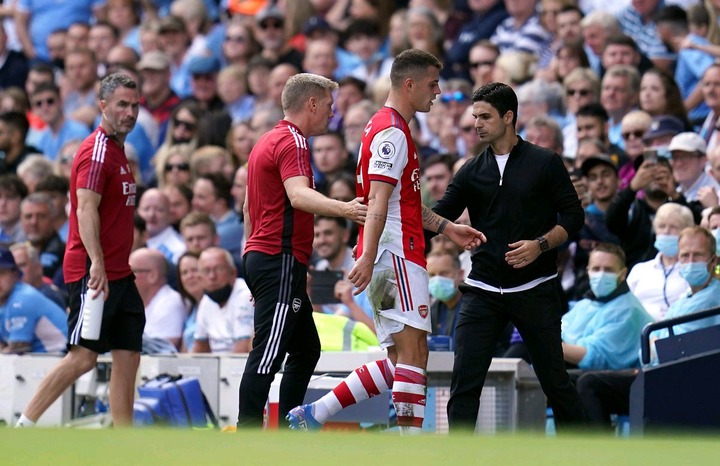 The referees were so sure of their verdict that they didn't even require a review from the Video Assistant Referee (VAR), which enraged many Arsenal fans.

To be fair to them, Xhaka did go too hard sliding with both feet, but it was not a challenge that warranted a direct red card.

According to Arsenal fans, the referee appeared to be biased against Arsenal since he originally showed a yellow card before rapidly showing a red card. Xhaka appeared to have won the ball, but it was the follow-up that proved costly.

From an impartial standpoint, Martin Atkinson should not have sent off Xhaka and should have asked further assistance from VAR before destroying Arsenal's spirit in this game.