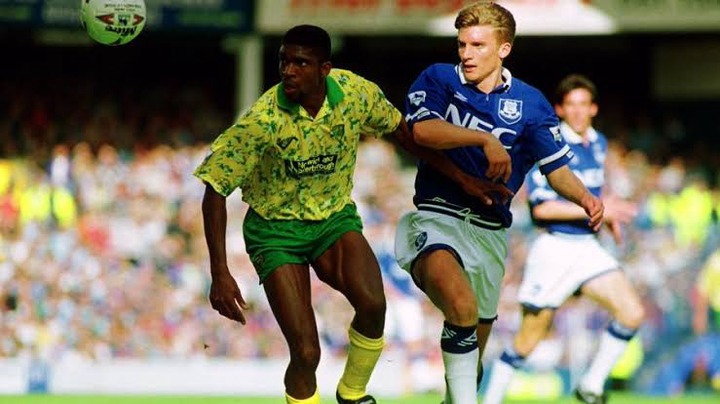 Born Efangwu Goziem Ekoku is a former Nigerian footballer who played as a striker during his day before retirung from the round leather game.

Despite wining the 1994 African Cup of Nations with Super Eagles, Ekoku isn't popular among the Nigerian fans, because he managed to play just six matches for the Super Eagles and failed to score a goal. 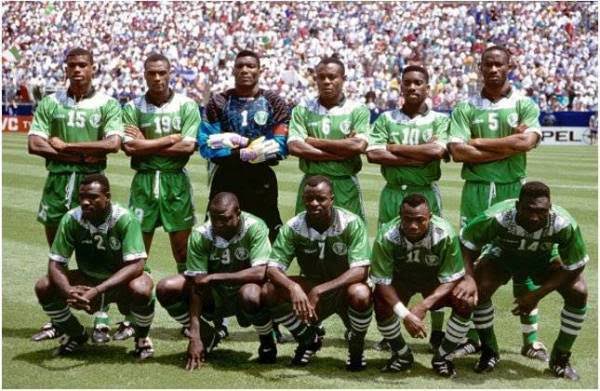 While he lack good record for the national team, it was with his clubs that the ganging striker shone like a million stars.

In 1991–92 season Ekoku was one of the best striker in the English lower division after scoring 11 goals in 28 league games for Bournemouth .

The next season , he managed to play just fourteen games and seven goals from 14 before moving to Premier League with Norwich City in a £500,000 move on 26 March 1993.

In his first season at the club, Ekoku helped Norwich City finished third in the premier league and qualified for the UEFA Cup.

He scored Norwich's first ever goal in European competition, against Vitesse Arnhem in the UEFA Cup on 15 September 1993.

A week later, Ekoku grabbed the headline in England as he scored four goals for Norwich to help them Everton 5–1 at Goodison Park in the premier league and he became the first player to score more than three goals in a Premier League game.

That season, Ekoku finished the season with 12 goals in 27 league games and another two goals in the FA Cup.

He remained at Carrow Road until 14 October 1994, when he completed a £1million transfer to Wimbledon to replace compatriot John Fashanu who played for England over Nigeria.

Ekoku didn't settle quickly at the club, but managed to playe six times for the Canaries in 1994-95, but didn't score a goal, but he was the club's top scorer in the league a season after with nine goals as they finished ninth in the league.

In five years spell at the club, he made 127 appearances and scored 40 go's, before leaving for Grasshoppers in Switzerland where he became an hero.

His first season in Switzerland was very successful, as he scored 16 goals in 21 games, although he failed to pick up any silverware. He played a further seven games and scored three goals before returning to England on a free transfer to Sheffield Wednesday on 20 October 2000.

He played few season in lower division in England, before finishing his career in Ireland with Dublin City before finally retiring in 2004.

In 2012, Ekoku was inducted into the Norwich City Hall of Fame as one of their legends.