By Fameman (self media writer) | 15 days ago

Newcastle United, as you may have heard, has new owners and is now the richest club in the world, thanks to a takeover by the Saudi Public Investment Fund. The Magpies had been through a difficult period during Mike Ashley's tenure, but fans can now look forward to brighter and bigger things at the club now that the Saudi Public Investment Fund has taken over. We can't expect them to become clubs of the stature of Real Madrid overnight, but it's a gradual process, and I believe Newcastle will be one of the biggest clubs in football in a few years. 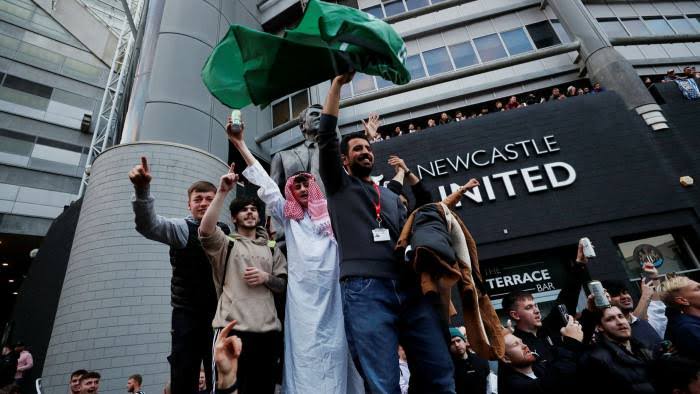 According to MARCA, the new owners have a net worth of 434 billion euros, making the Magpies the richest club in the world. Newcastle is entering a new era, and fans can finally dream of signing top professionals from Europe's biggest clubs and assembling a squad capable of dominating English football.

In light of Newcastle United's takeover, I've compiled a list of Real Madrid players that the Magpies could sign either in the January transfer window (unlikely) or in the summer transfer window following the completion of the 2021-22 season. 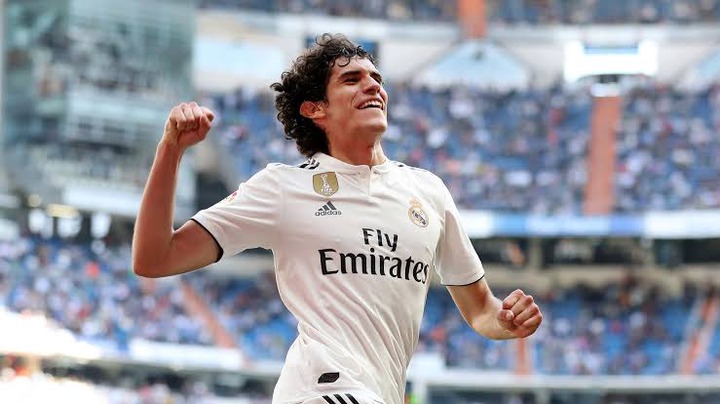 While I have nothing against Jesus Vallejo as a footballer, I doubt there is a single Real Madrid fan on the planet who wants the Spaniard to stay at the club. Vallejo is simply not cut from the same cloth as a Real Madrid player, to tell the truth.

Carlo Ancelotti does not have the 24-year-old in his plans and would most likely use Ferland Mendy (a left-back) as a centre-back in an emergency over Vallejo. Jesus Vallejo has no future at Real Madrid, and it would be best if all parties agreed to a transfer.

What makes Newcastle United want Vallejo? That's an excellent question. While he is not a generational talent or an exceptional center-back, he does have an impressive resume. He has won the Champions League with Real Madrid and has previously played for Eintracht Frankfurt and Wolverhampton Wanderers.

Steve Bruce needs an experienced center-back in his squad, and while Vallejo does not exactly fit the bill, he has a good chance of being signed. Newcastle United would not have to spend a large sum on the 24-year-old and could focus their remaining funds on other positions and signings. 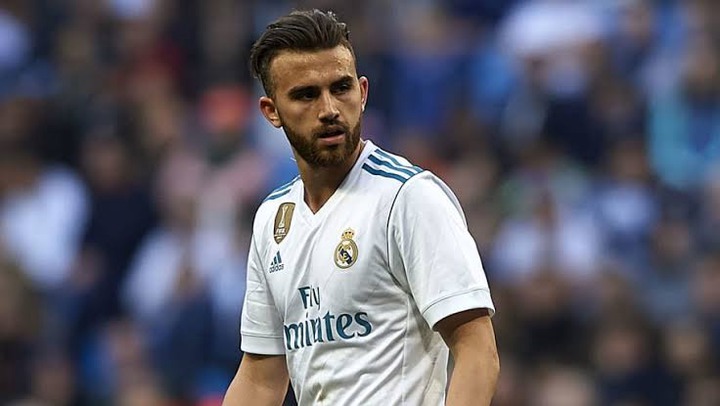 Borja Mayoral was having the best individual season of his career at AS Roma while on loan from Real Madrid just a season ago. Mayoral claimed that Zinedine Zidane preferred him to stay in Madrid over Luka Jovic, but the Spaniard desired a more important role and left for Rome.

In his debut season with AS Roma, he scored 17 goals in all competitions, but he has now fallen down the pecking order under his new manager, Jose Mourinho. Mourinho brought in Chelsea's Tammy Abraham, who has been excellent in front of goal, limiting Mayoral's minutes.

The 24-year-old striker has a contract with Real Madrid until 2024 but faces a bleak future due to the club's competition. The Serie A giants Roma have the option to sign Borja Mayoral in 2022.

Mayoral, however, may consider a move to Newcastle United due to the competition at Roma. He is undeniably a talented striker, and given Callum Wilson's injury history, the Magpies could use a clinical striker like Mayoral at a reasonable price. He also has an impressive resume, having won the Champions League with Real Madrid and playing a key role for Roma last season. 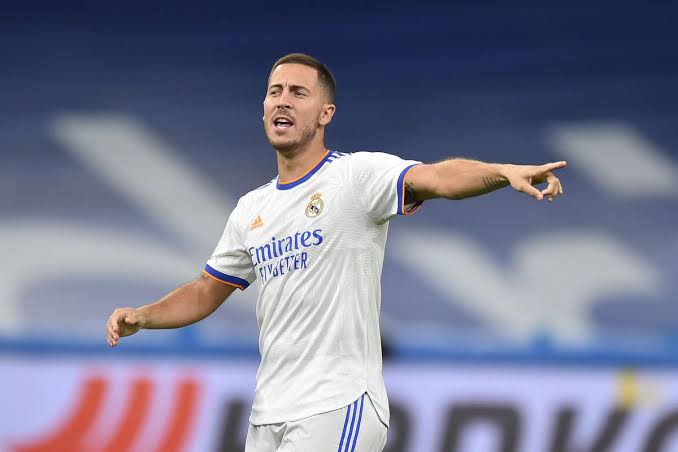 Eden Hazard appears to have sustained another injury in his career. The 30-year-old can't seem to get a break from injuries, as he was substituted against France in a UEFA Nations League match on Thursday evening.

Hazard's condition has not yet been officially reported, but it appears to be an injury. If this is indeed another long-term injury, Eden Hazard's dream move to Real Madrid could be derailed.

After spending 100 million euros in 2019, Los Blancos have been patient with their record signing. Eden Hazard has not lived up to his price tag thus far, and this could be his final season to redeem his career.

But if he fails to turn things around once more, he may be on his way out. He's already dropped down the pecking order, with Vinicius Jr now the first choice, and his time in Madrid appears to be numbered.

Eden Hazard could be viewed as a marquee signing by Newcastle United. Due to his popularity in England and around the world, he would be an ideal signing to boost ticket revenue and merchandise sales. Hazard is also used to playing in the Premier League, and he could rediscover his best form in the league he once dominated. 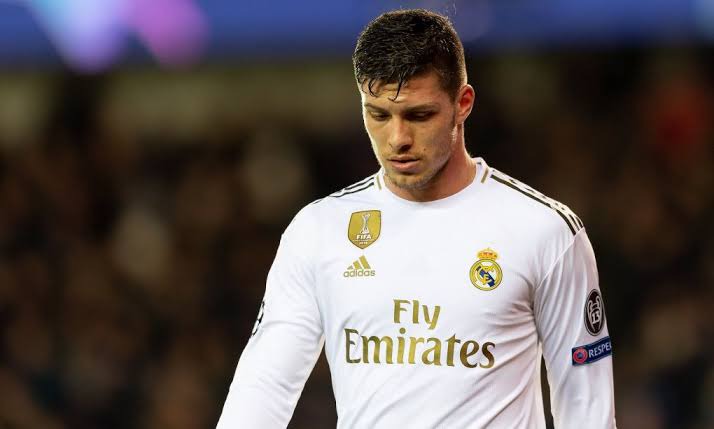 You can read my recent article on the pros and cons of playing Luka Jovic and Karim Benzema together here. Carlo Ancelotti has given the 23-year-old a more important role and plans to use him when Karim Benzema needs to rest.

While Jovic waits for his chance to start, the Serbian international does not have a future at Real Madrid and could be sold next summer. With rumors linking Kylian Mbappe and Erling Haaland to the Santiago Bernabeu next season, Jovic will almost certainly be forced to leave.

Since joining Real Madrid in 2019, the 23-year-old striker has struggled to find his best form. But there's no denying that he's a talented striker who just needs more playing time to find his rhythm and confidence in front of goal.

Newcastle United require a striker due to Callum Wilson's injury history. Regardless of their takeover, it is clear that the Magpies will not be able to sign players like Mbappe, Haaland, or Lewandowski, or any other player of that caliber. They'd have to look elsewhere, and Jovic would be a fantastic addition, as well as a welcome challenge for the 23-year-old. 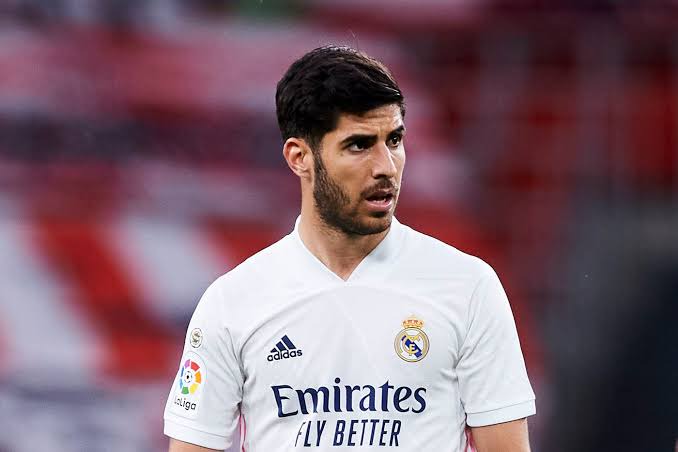 Marco Asensio had offers to leave Real Madrid on the table in the summer. After Carlo Ancelotti assured the player and his entourage of an important role in the squad, the left-footed winger decided not to leave the Spanish capital.

Apart from his outstanding hattrick against RCD Mallorca, Asensio's season has been average so far. That is frequently the case with Marco Asensio, as the talismanic forward has flashes of brilliance but struggles to sustain them.

There have been reports that Asensio is interested in joining Arsenal, Liverpool, or Tottenham Hotspur in the Premier League. Newcastle United could be interested in signing the 25-year-old winger, who can play on either wing or as a number 10 in midfield.

Asensio has spent his entire senior career in Spain and would be open to a new challenge in England. Marco Asensio's signing would be a commercial success for the Magpies because of his popularity and incredible portfolio after winning the Champions League and La Liga twice with Real Madrid.

He's scored goals on the biggest stages and against the toughest opponents in European football, and he'd be an incredible PR signing for Newcastle United, while also giving Asensio the fresh start he needs at a club where he can get regular minutes.