By DynamicSports (self media writer) | 24 days ago 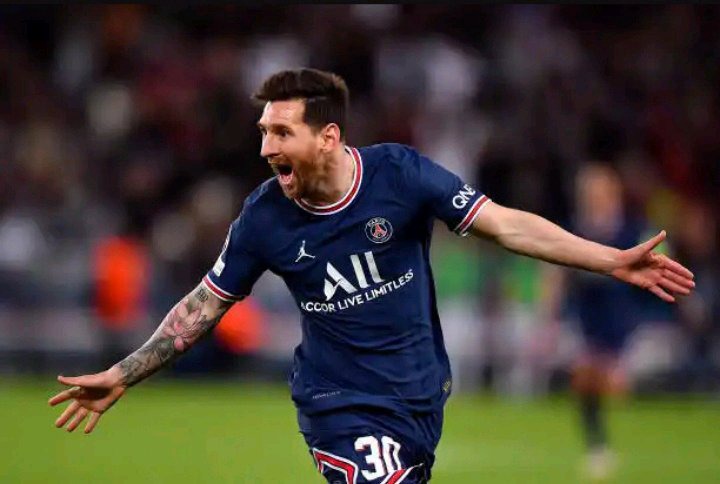 When Lionel Messi completed his unexpected move to Paris Saint-Germain, he effectively became the most valuable free agent transfer in the history of football. The Argentine star who is 34 years old also became the most valuable player among players who are aged 34 and above. The Argentine recently scored his first goal for his new club after a few months of bedding in. The six-time Ballon d'Or winner is valued at 80 million euros. 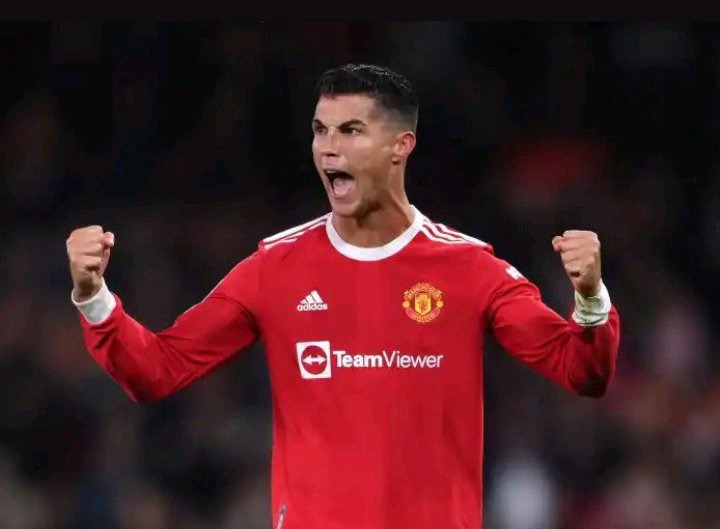 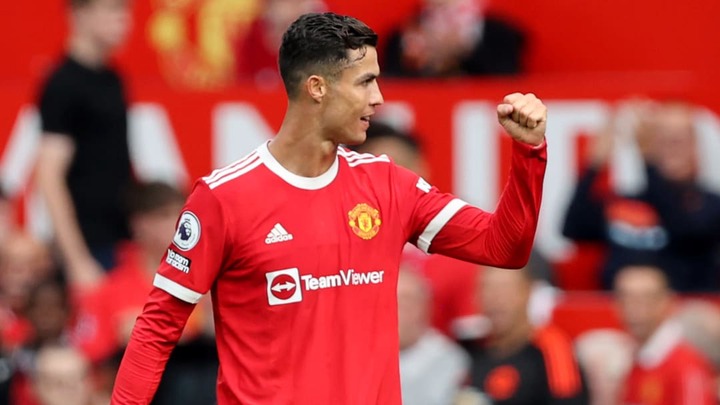 The Argentine legend is followed by Portuguese superstar and eternal arch-rival, Cristiano Ronaldo, who also completed a sensational and emotional return to Manchester United in the same transfer window. The Portuguese maestro is 36 years old and he is valued at 45 million euros. The five-time Ballon d'Or winner has scored five goals for his new club this season. 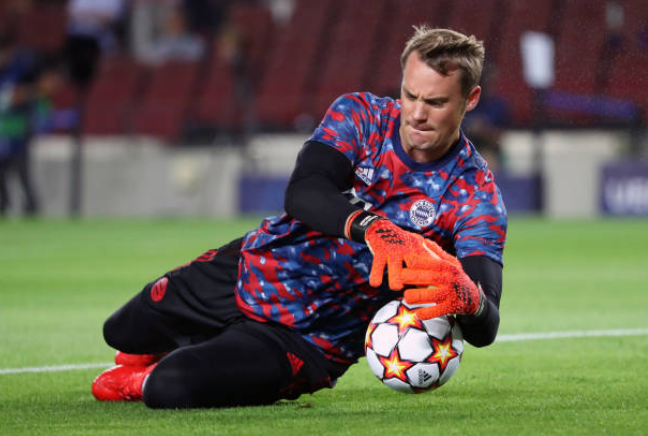 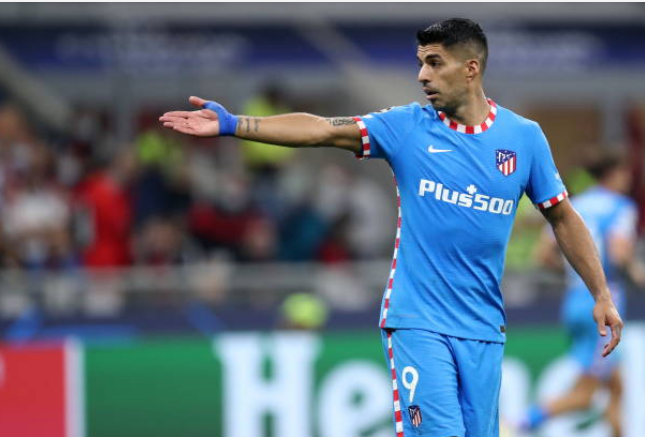 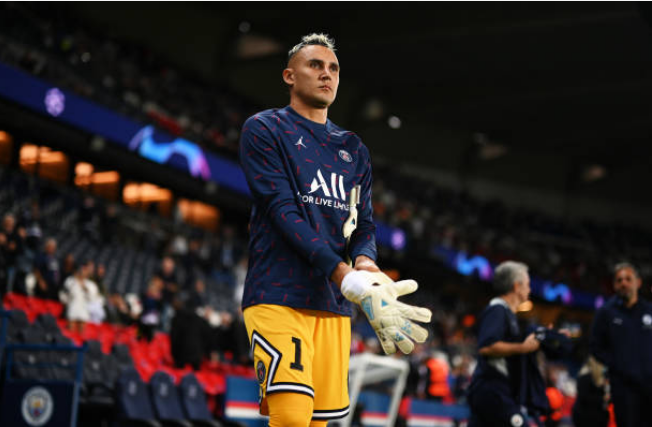 Sergio Ramos moved to Paris Saint-Germain from Real Madrid after spending more than ten years at the Santiago Bernabeu and he ranks seventh on the list with a value of 10 million euros. The Spaniard is 35 years old. The tough-tackling defender is tied with Compatriot Gerard Pique, who is also valued at 10 million euros. The Barcelona star is 34 years old. 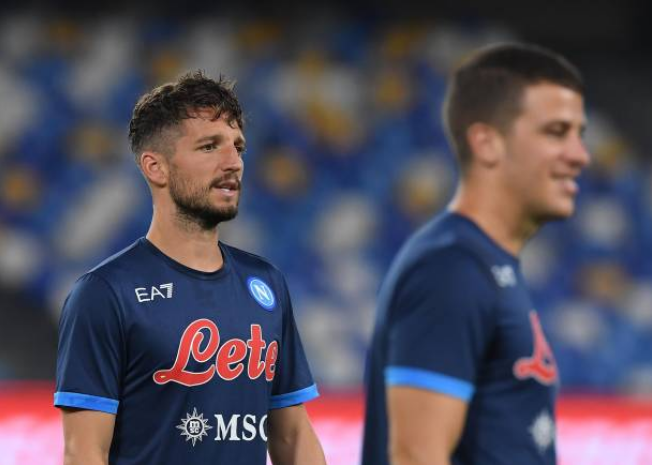 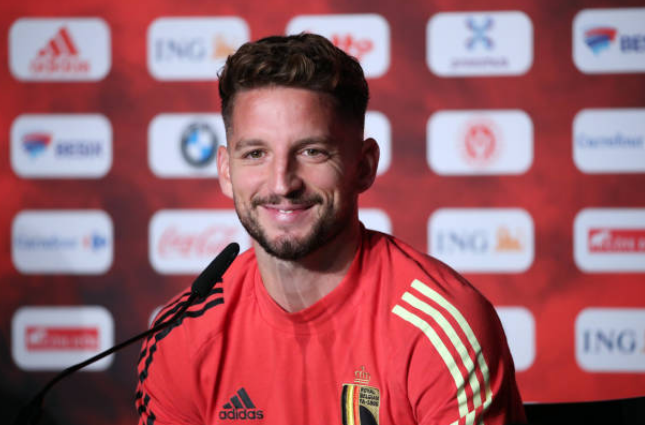 Tottenham Hotspur's goalkeeper, Hugo Lloris, and Napoli attacker Dries Mertens round up the top ten. The duo is valued at 9 million euros and they are both aged 34. 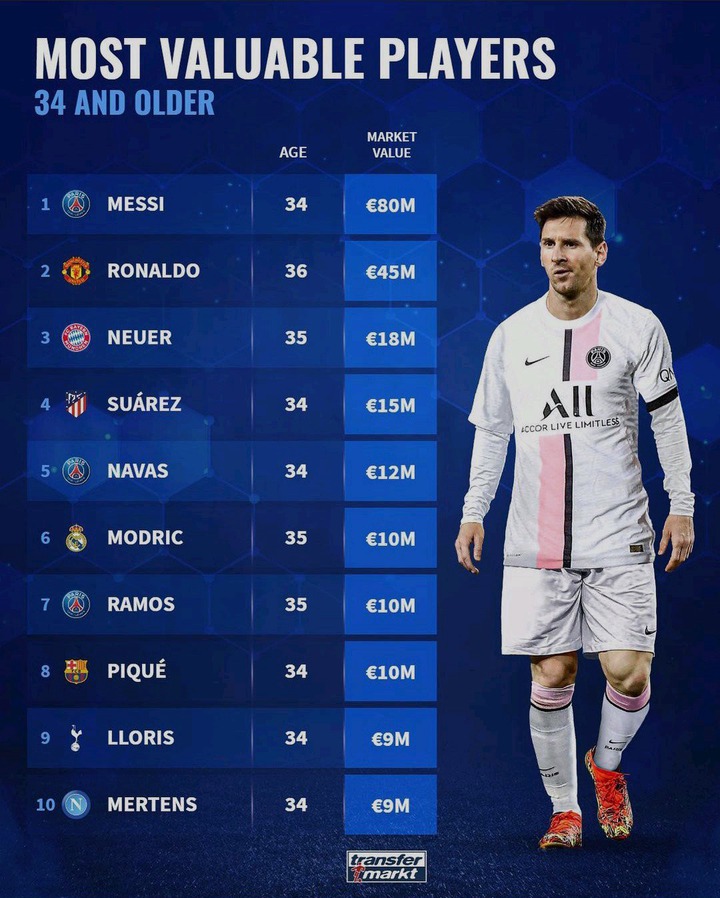