WWE reveals plans for Bobby Lashley at Clash Of Champions 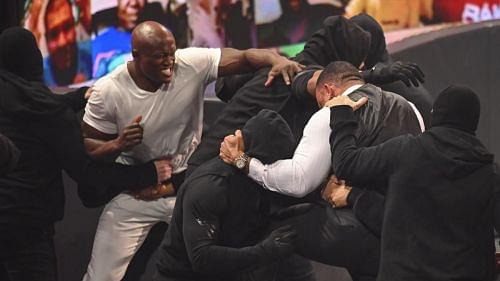 WWE has announced another match for its upcoming PPV, Clash Of Champions. At the PPV, its weekend, Bobby Lashley will defend the United States Championship against Apollo Crews. At WWE Payback, Bobby Lashley defeated Apollo Crews to win the United States Championship for the second time in his career in WWE.Apollo Crews has been battling the Hurt Business for weeks now. It all began when he rejected MVP's offer to join them. Crews had teamed up with Ricochet and Cedric Alexander to fight the Hurt Business before Alexander betrayed them and joined MVP, Lashley and Benjamin.

In the previous weeks of WWE RAW, Bobby Lashley, along with his Hurt Business stablemates have been involved in a feud with RETRIBUTION. They have confronted the faction on many occasions and are determined on putting an end to their shenanigans.

Also, at Clash Of Champions, the newly crowned Universal Champion, Roman Reigns will defend the Title against Jey Uso. Drew McIntyre will go one on one with Randy Orton again with the WWE Championship on the line.

Every Championship in WWE will be defended at Clash Of Champions. That means that even the WWE SmackDown Women's Champion Bayley will put her Title on the line against Nikki Cross and Asuka will defend her WWE RAW Women's Title against Zelina Vega.

At the PPV, the Intercontinental Championship will be decided in a Triple Threat Ladder Match among Sami Zayn, Jeff Hardy and AJ Styles. As for the Tag Team Title, the Champions of the RAW brand, The Street Profits will defend against Andrade and Garza while Cesar and Nakamura will defend the SmackDown Tag Team Titles against Luch House Party. The Women's Tag Team Titles will also be decided at Clash Of Champions when Jax and Baszler defend the Titles against the Riott Squad.