By Nickroguez (self media writer) | 2 years ago 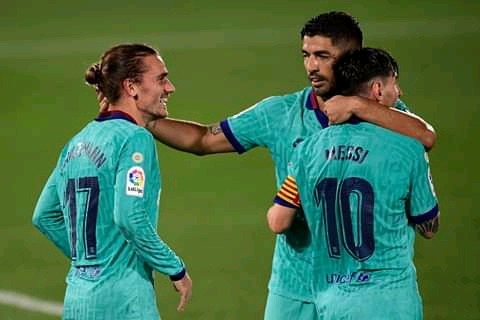 Barcelona might be heading for a trophyless season making this season their worst campaign in the club's history.

The Catalan's had earlier lost the Copa del rey semi's to Athletic Bilboa in February and also the Super Cup semi's to Atletico Madrid in January where suffered humiliating defeats to crash out of the competition. Barcelona had the edge ahead Real Madrid before the suspension of the competition in March due to the Coronavirus pandemic.

Since the restart, Barcelona didn't pick up from their poor performance as they won thrice, drew three times and lost once to Osasuna who they suffered a 2-1 home defeat in yesterday's fixture.

With Real Madrid already crowned La Liga champions Barcelona have only the Champions League to contend for as that's their last resort in winning a trophy this season. They will be hosting Napoli to the second leg of the Knock out stages of the Champions League on August 8, as they already played a 1-1 draw in Italy giving them a away goal advantage.

Barcelona need to up their game before that date as they all know what Napoli can do and are probably one of the best attack minded teams in Europe.

If Barcelona doesn't grab the Champions League time around the club might be ahead for one of their worst seasons ever.