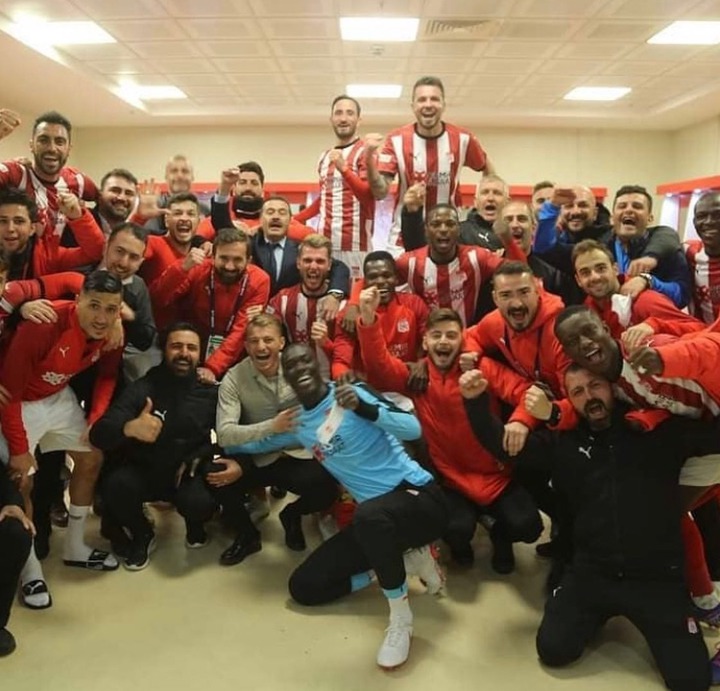 Turkish Super Lig giants Sivassapor football club have reacted after Super Eagles of Nigeria Striker Olanrewaju Kayode came from the bench to score, and inspire his team to a 3-1 away League victory over Konyaspor Football club on Sunday evening. 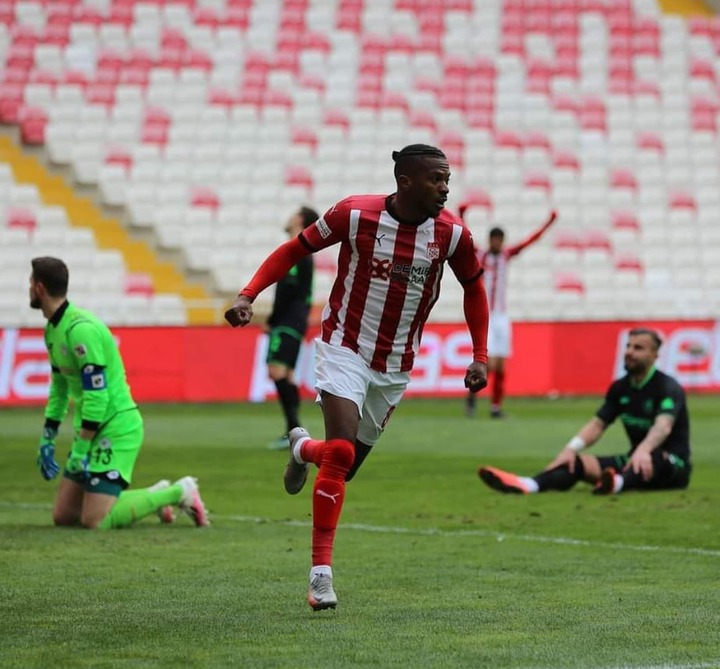 The former Shakhtah Donetsk football club of Ukraine star who has not been able to get back to his best since returning from injury few weeks ago, was dropped to the bench by coach Riza Calimbay, but he was introduced in the second half, and he was able to impress, as he scored a fine goal with his first touch.

Olanrewaju Kayode replaced Mustapha Yatabare in the 66th minutes, and he was able to net immediately to give his team the lead in the second half. 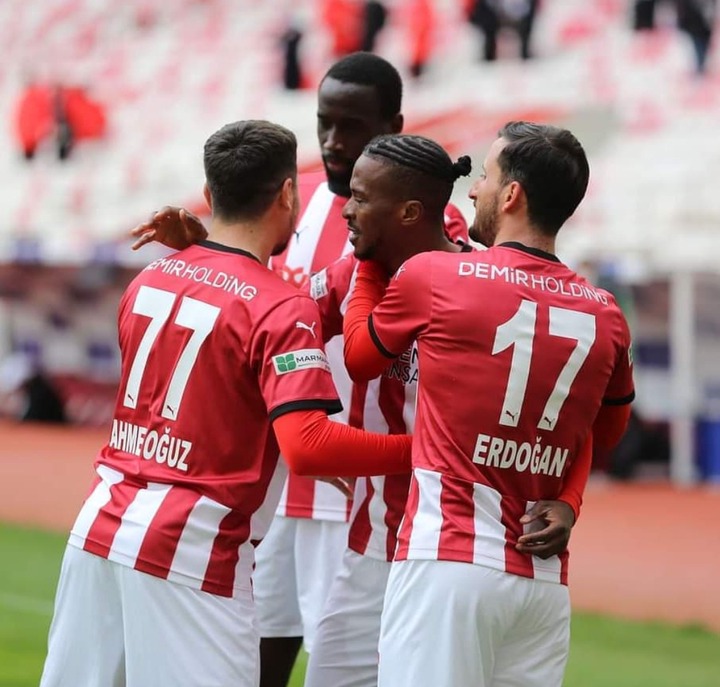 Goals from Mustapha Yatabare, Olanrewaju Kayode and a late penalty kick from Robin Yalcin were enough to give the visitors the deserved victory, despite the fact that Zymer Bytyqi scored the host's only goal of the game. 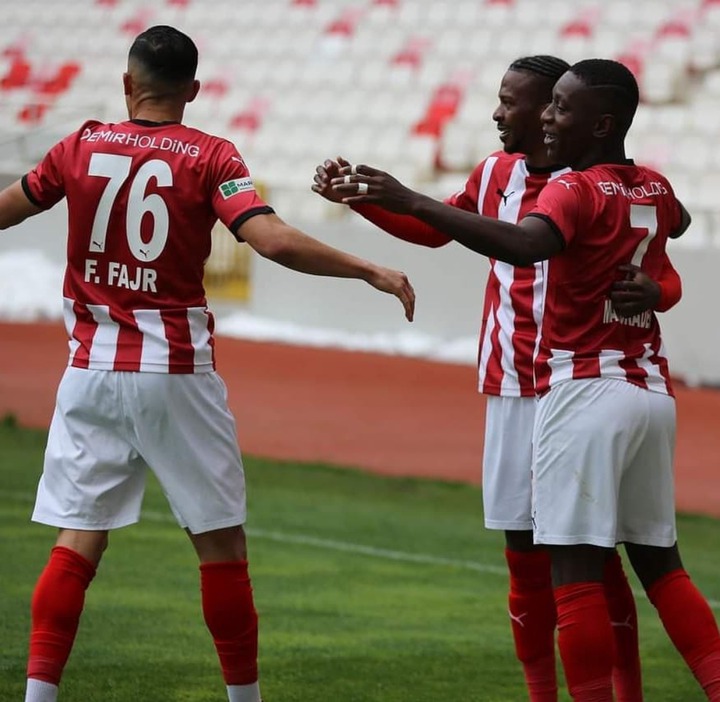 Reacting after Olanrewaju Kayode came from the bench to score and guide his team to a victory, Sivassapor FC posted on their verified Instagram handle that;

"He entered in the 66th minutes, and he put our team back together in the 68th minutes ⚽⚽, the goal scorer is Olanrewaju Kayode." 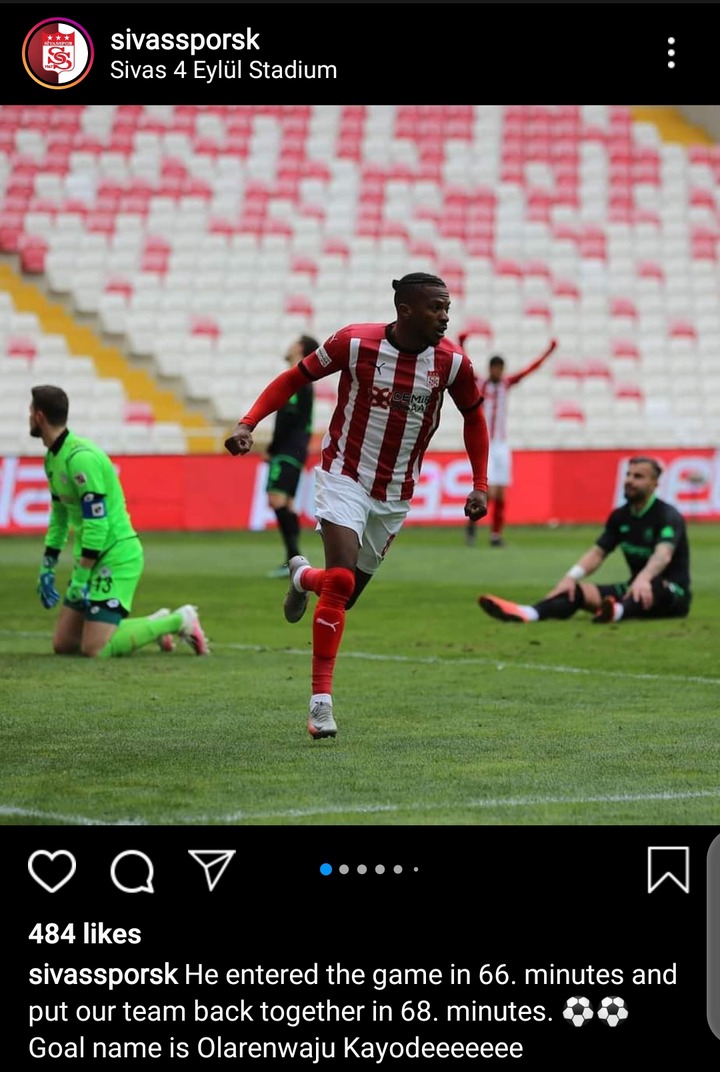 The 3-1 victory over Konyaspor Football Club has now taken Riza Calimbay led Sivassapor FC to the 9th spot of the Turkish Super Lig table, with 47 points from 32 matches played.