Super Eagles of Nigeria star Alex Iwobi was superb for Everton football club on Saturday, as they defeated Norwich City football club 2-0 in the week 6 of the English Premier League at Goodison Park Stadium. The Arsenal Hale Academy product was given another starting role by coach Rafa Benitez, following his outstanding performance for the club in their last game, and he was able to shine again for the club.

Alex Iwobi started in the home team's attacking midfield alongside England star Demarai Gray and the duo were exceptional for the team. 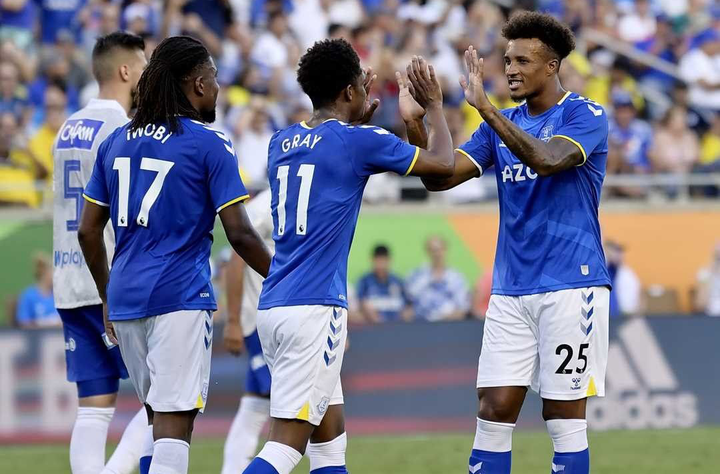 Former Tottenham Hotspur football club star Andros Townsend opened scoring for the home team via a penalty kick in the 29th minutes to end the first half 1-0.

The host tried all the best they could to add more goals in the second half, but all their efforts were not successful until the 77th minutes when Abdoulaye Doucoure scored the last goal of the game to end the match 2-0. Alex Iwobi was impressive for the home team throughout the whole duration of the game, and he was able to play a vital role in their deserved victory.

The 2-0 victory over Norwich City football club has now taken Everton FC to the 5th spot of the English Premier League table with 13 points from 6 matches played.