By Exquisite1 (self media writer) | 8 months ago 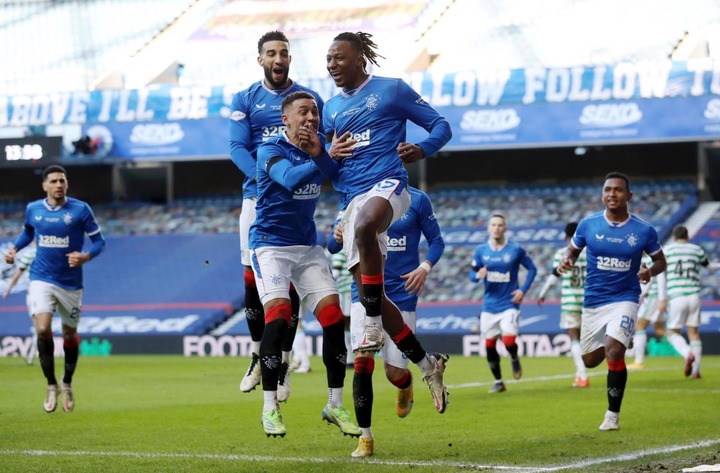 Super Eagles of Nigeria dazzler and midfield maestro, Joe Aribo was in action for Steven Gerrard's Glasgow Rangers football club against Stephen Glass led Aberdeen team at the Ibrox Stadium in the match day 38 of the current campaign.

The Nigerian star was incredible for the Scottish Champions despite been used out of position as he played as a left-back in the thrilling encounter.

As a prolific and versatile playmaker, he was able to impress as he make some clear-cut chances and cleared some dangerous balls to denied the visitor from founding the back of the net, just to ensure that the game ended with yet another vital clean sheet. 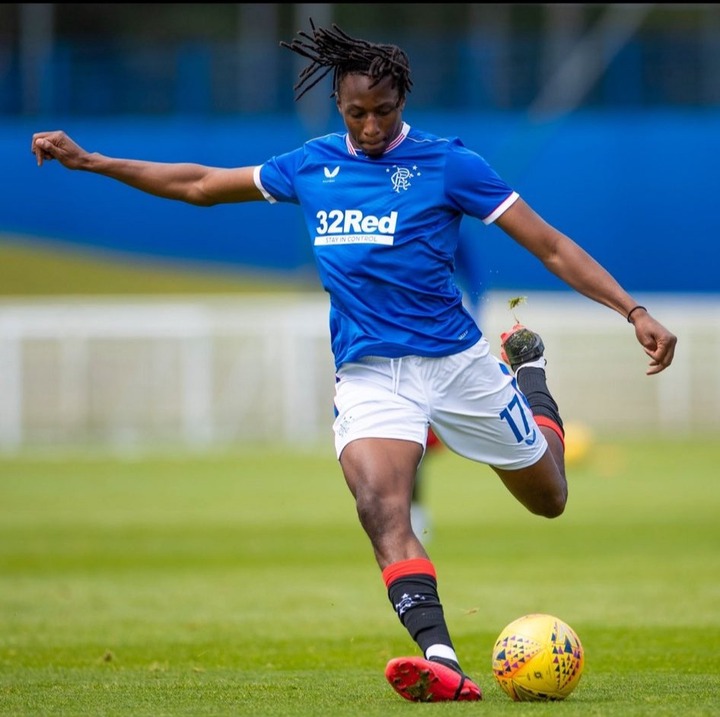 Joe Aribo has been an important figure in the squad paraded by the English manager and he also played a key and vital roles in the team's league success this season.

The host took the lead with an own-goal scored by Joe Lewis in the 5th minutes of the game as he put the ball into his want net to make it one nil, before Kemar Roofe doubled the lead in the 34th minutes to make it two goals to nil going into the half time break.

In the second half of the game, the host continued their dominance over the visitor as they were able to extend their lead in the 60th minutes with Kemar Roofe netting his brace of the day to make it three goals to nil.

In the 88th minutes, former Tottenham Hotspur's star, Jermain Defoe wrapped up the deserved win for the Steven Gerrard's side as he made it four at full time, with no other goals been recorded in the game. 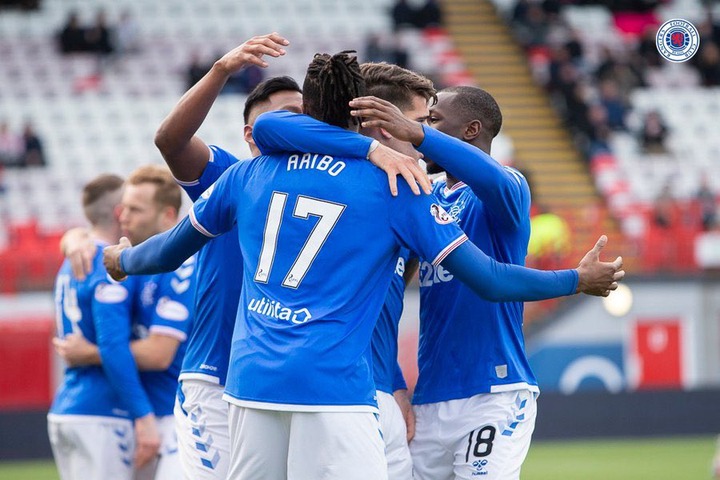 The win for Glasgow Rangers means, they have now been able to extend their league unbeaten streak as they now sit at the top of the table with 102 points in 38 games played.