This week, Bischoff was revealed as an inductee into the 2021 WWE Hall of Fame. Heyman, whose ECW brand competed against Bischoff and McMahon in the 1990s, congratulated his former rival on his upcoming induction. 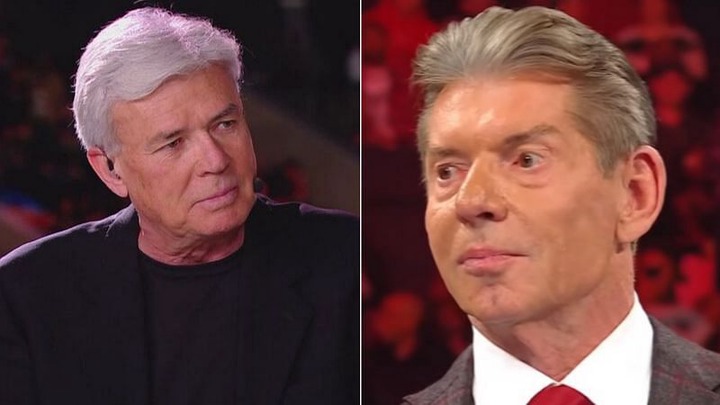 After speaking for over a minute about Bischoff’s Hall of Fame credentials, Heyman pointed out that he, unlike Bischoff and McMahon, still regularly appears on television in 2021.

“I would like to add, however, that if you look back in history - and I don’t do that often - that the 1990s in this industry were ruled by Eric Bischoff, Paul Heyman, and Vincent Kennedy McMahon, and only one of us is still relevant enough to be on television each and every week. On top… in the main event of WrestleMania… with the biggest star in the industry… the champ, Roman Reigns. Next!”

Just..wow. Overwhelmed with so many great people here. I try to thank those with so many kind words, but today it’s going to be hard to keep up. If I fail to thank you individually, just know how much this means to me and my family. A sincere thank you to each of you.

As Paul Heyman alluded to, he is set to accompany Roman Reigns in his match against Edge in the main event of WrestleMania 37. Reigns vs. Edge is expected to headline this year’s two-night WrestleMania event on April 10-11. However, that could change if Daniel Bryan wins the Universal Championship from Reigns at Sunday’s WWE Fastlane pay-per-view.

Before taking an in-character shot at Eric Bischoff, Paul Heyman spoke in a serious tone about the former WCW executive’s Hall of Fame news.

Roman Reigns’ on-screen special counsel offered his “profound congratulations” to Bischoff. He also applauded WWE for having the “intelligence and understanding” to select Bischoff as a Hall of Fame inductee.

The 2020 and 2021 WWE Hall of Fame ceremonies will be held on April 6, 2021. Molly Holly is the only other confirmed 2021 inductee so far. The 2020 class includes Batista, the nWo (Hulk Hogan, Kevin Nash, Scott Hall, and Sean Waltman), JBL, The Bella Twins, Jushin “Thunder” Liger, and The British Bulldog.