After Germany's Development, Checkout The Most Developed Countries In The World

By Newscity (self meida writer) | 1 months

Technological advancements occur in most parts of the world. Countries all over the world are all in a bid to make their respective nations better than expected. The most advanced countries in areas of development have been listed below. 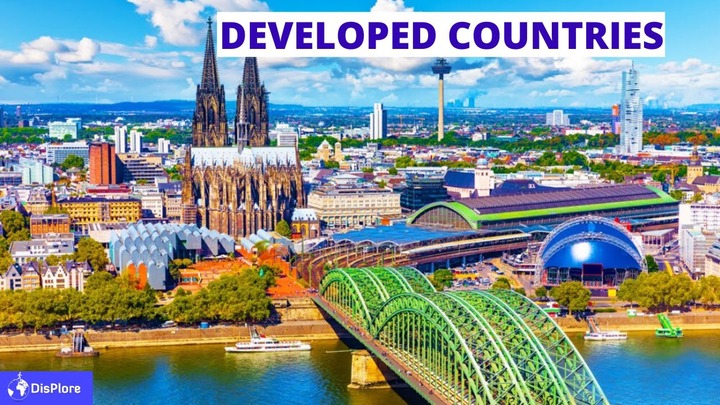 10. Netherlands: They are the 10th most developed country in the world with a HDI of 0.933. They have the 17th highest GDP despite having a population of about 17 million, the 65th largest population in the world. The life expectancy in Netherlands is about 82.1 years.

9. Singapore: They are the 9th most developed country in the world. Their economy is on a high level as the country is very peaceful. The life expectancy in Singapore is 83.5 years.

8. Sweden: Sweden is the 8th most developed country with a HDI of 0.937. They are one of the easiest countries to do trade with. They have a life expectancy of 82.7 years.

5. Hong Kong, China: Having the same HDI of 0.939 with Germany, Hong Kong is rated 5th. Hong Kong has a life expectancy of 84.7, the highest rated of any other country.

4. Germany: Having a HDI of 0.939, they are rated fourth on the list. The quality of living in Germany is very high. They export high quality automobiles and electronics from big companies.

3. Ireland: Ranked the third most developed country in the world, they possess a HDI of 0.942. They moved higher in ranking than any other country in the last five years. Life expectancy in Ireland for women is 83.6 years and for men is 79.7 years.

2. Switzerland: Possessing a HDI of 0.947, their life expectancy is 83.6 years. They are also known to have the strongest growth outlook.

1. Norway: Being considered as the most developed country in the world, Norway possesses a HDI of 0.954, and a life expectancy of 82.3 years. They are also one of the world's wealthiest nations.

Countries following behind are as follows:

Below is the table that accordingly rates countries in order of their development. 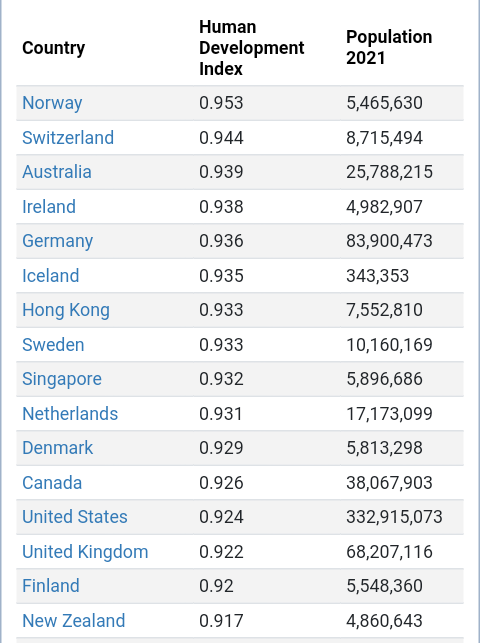 Please, let us know your feedback on this article.

Content created and supplied by: Newscity (via Opera News )

Fani-Kayode Reveals His Greatest UK Prime Minister Of All Time, Asks Nigerian Leaders To Emulate Him

Managing Ship wrecks And Barges Along the Nigeria Waterway

Exercises that burn the most belly fat

We Met On A Dating Site And Got Married After 3 Days, This Is The 6th Year - Couple Narrates

Calls for restructuring should not be pushed as a fight between southern governors and Buhari - GYB.

Relationship Quotes To Reignite Your Love

FASHION VIBE: Check Out Unique Ankara Styles You Should Have In Your Wardrobe