CONFIRMED: Chelsea announces their seventh signing of this transfer window 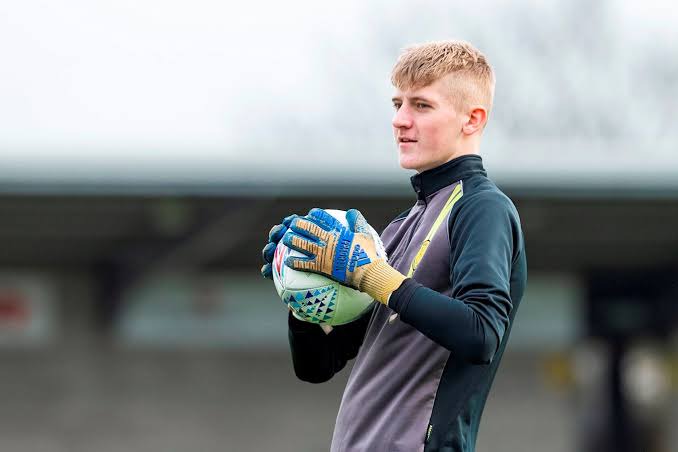 Chelsea have, already splashed a large of chunk of money to update their squad this summer and it carries on. They have, now completed the signing of young goalkeeper Teddy Sharman-Lowe.

An under-17 England international, Teddy came through the academy of Burton Albion. Despite featuring in several pre-season clashes, the hugely talented goalkeeper is yet to make a senior appearance for the club. But that would not be too far away, considering the fact he has been sent right back on loan by Chelsea for another year to polish and further develop his skills in the coming season. Excited by the move and how quickly it happened, Teddy hailed Burton for his development.

He told Burton’s official website: “It’s brilliant and it has all happened so fast. Burton have developed me so well and now it’s another new beginning and, hopefully, I can develop further with Chelsea. I’m excited to be joining such a great club, especially as they are known for bringing on young players. It has all happened in a flash, from playing for the first team in pre-season, and then joining a top-four Premier League contender.”

The 17-year-old hailed all his coaching staff for their help. Further, he vows to continue his development at the club and hope to get a few games under his belt this campaign. Former Chelsea goalkeeper and current head of recruitment at the club, Petr Cech played a crucial part in securing the deal. He was invited to see the teenager in a pre-season match and did not waste much time to finalize a move.

The Czech Republic legend, has a similar sort of job to do in the coming future. Chelsea are in need of a new first-team keeper with doubts over Kepa Arrizabalaga’s future. Cech would have to once, again do his scouting staff to sort it out. But this signing is pretty much viewed as one for the future, rather than an immediate solution.

Content created and supplied by: X-XEE (via Opera News )