A slew of young players have risen to prominence in football. These young footballers are doing fantastically well for their respective football clubs. The Golden Boy award is given to the most promising footballer under the age of 21. Tuttosport, an Italian sports publication, established this award in 2003. It has grown to be one of football's most prestigious honors.

Tuttosport, an Italian sports publication, has nominated 40 young professional footballers for this award. Part 2 of the list of these nominees will be discussed in this article. 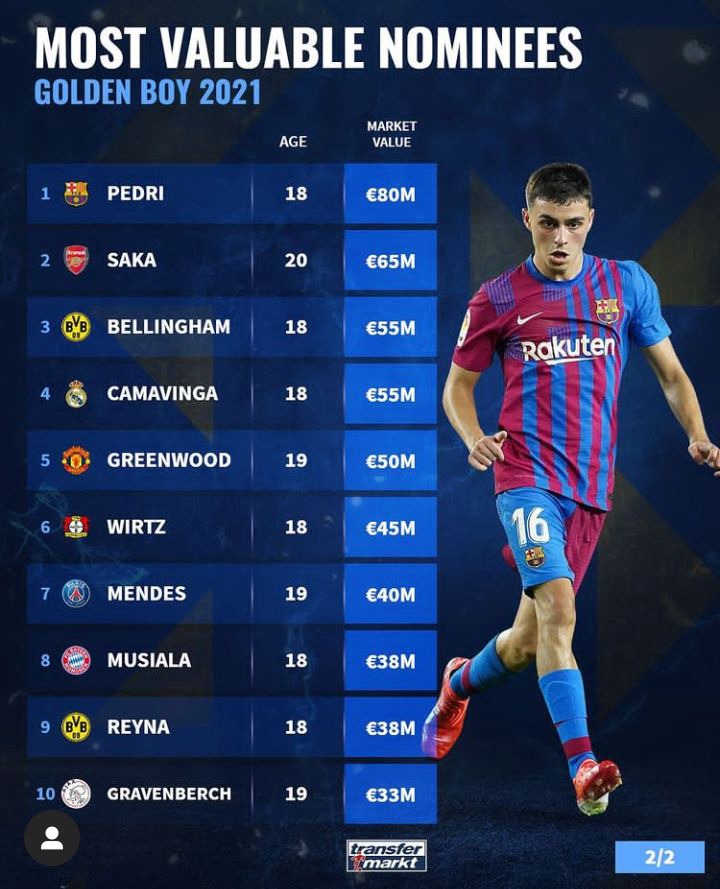 Eduardo Camavinga is a professional footballer who currently plays as a midfielder for Real Madrid in La Liga. He is 19 years old and comes in fourth place on the list. He is currently worth €55 million. Bellingham is an 18-year-old English professional footballer who plays as a midfielder for Borussia Dortmund in the Bundesliga. He is ranked third on the list and is worth €55 million.

Saka is ranked second on the list. He is an English professional footballer who currently plays for Arsenal as a winger or left back. He's worth €55 million. Pedro is ranked first on the list. He is a Spanish professional footballer who plays as a central midfielder for La Liga club Barcelona. He is currently valued at €80 million. As the nominees for the Golden Boys award have been announced.

A lot of football fans want to see their favorite player win the award. Who is your favorite nominee on the list?