Checkout The Worst 11 Players Of The Ongoing Euro 2020 Tournament

By Sportbank (self media writer) | 1 year ago

As the Euro 2020 approaches it's conclusion, there are certain things we have seen and have taken notice of Some of such things includes the best players of the tournament so far; as well as the worst players of the same tournament which forms the basis of this article. 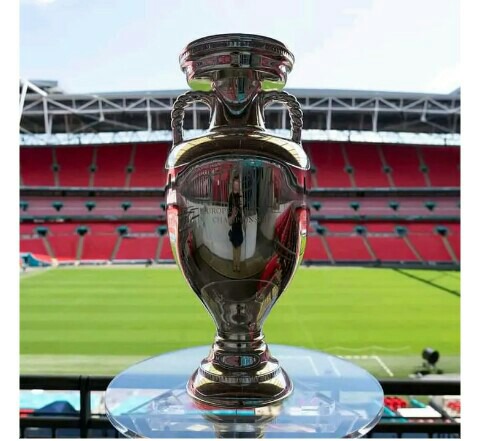 Just in the same way certain players like Petrik Schirk of Cezch Republic, Emil Forsberg of Sweden, Renato Sanchez of Portugal among others went on and show cased themselves to the world for the best, they are some players who were unlucky as the could not show their uniqueness by performing up to expectations rather showed their flaws which give them a place in the worst 11 of the soon to be concluded Euro tournament.

As far as the the worst 11 of the current Euro is concerned, Sport360 has taken it's time to give us a compilation of the players that are involved which I would love to share with you in a 4-3-3 formation.

Goalkeeper: The goalkeeper between the sticks for this team is no other than 31 years old Polish goalkeeper Szczesny. The goalkeeper could not help his team beyond the knockout stage of the said tournament instead he became known for being the first goalkeeper to score an own goal in the history of the competition. 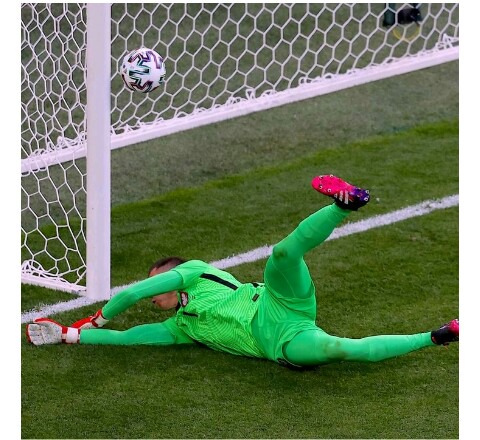 Defenders: For the defence it is a four man team that comprises 29 years old Netherland Patrick Van Annholt at left back, Turkish 25 years old Caglar Soyuncu at center back, 26 years old French defender Clement Lenglet at center back and 27 years old Portuguese Nelson Semedo at right back. 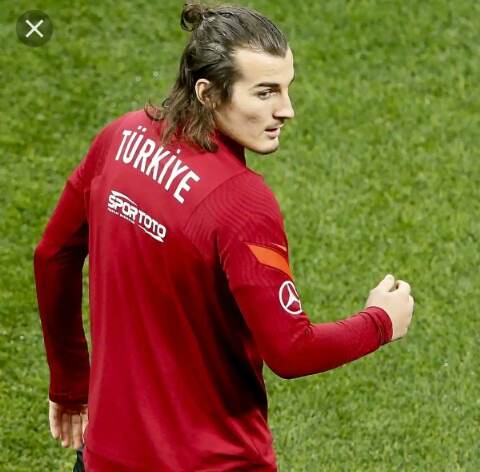 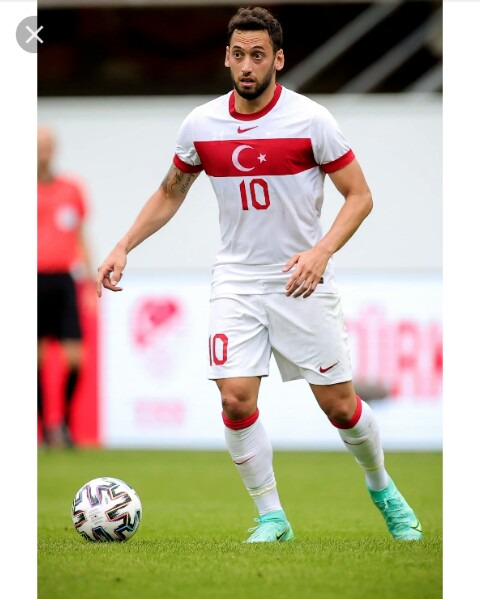 Attackers:The leadership of the players who are upfront falls on the shoulders of Turkish 35 years old Burak Yilmaz as the main striker, 27 years old Croatian winger Ante Rebic at the right side and surprisingly one of Europe's finest young stars Kylian Mbappe at the left side of the trio. 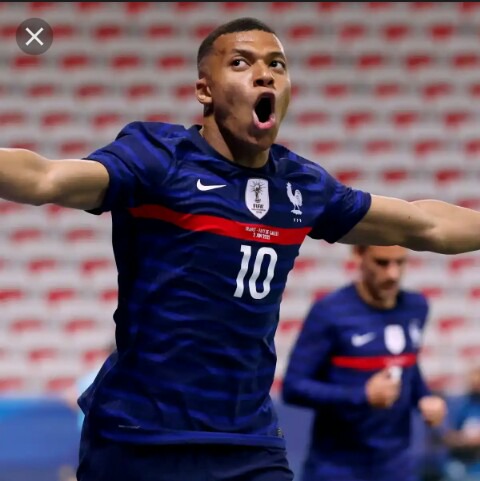 the worst 11 players on the pitch 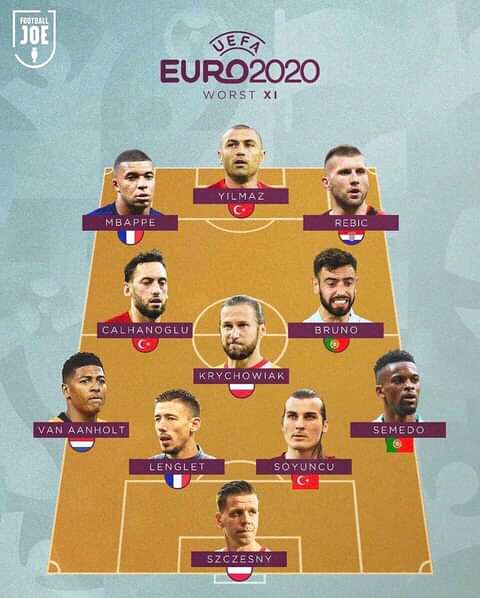 Having seen the team of the worst 11 players that the Euro 2020 has had so far what do you have to say about them especially Mbappe who is regarded as a future world's best player?