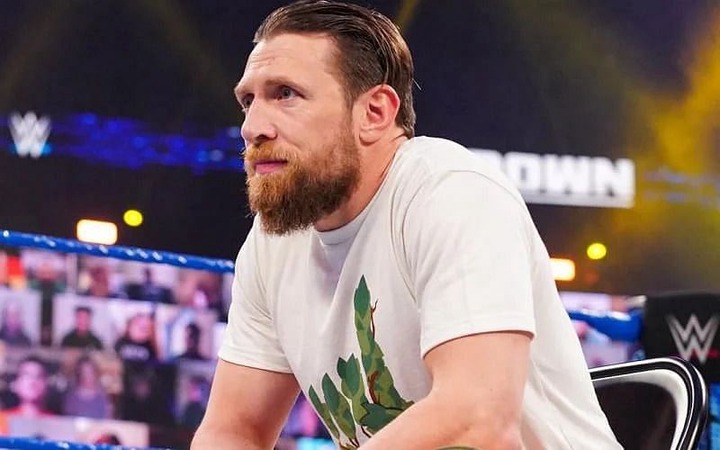 Daniel Bryan has been with WWE for the past decade. Even though Bryan had not been cleared to wrestle from 2016 to 2018, he still stayed with the company in the hopes of one day being able to compete. The former WWE Champion did make his return to the ring and has been a full-time member of the roster since then. However, his time as a WWE Superstar may be coming to an end soon.

Daniel Bryan faced Roman Reigns and Edge in a triple-threat match in the main event of WrestleMania 37. Unfortunately for him, he wasn't able to recreate his WrestleMania 30 heroics and lost the match to 'The Tribal Chief' Roman Reigns. In a recent interview with Fightful, Bryan admitted that he did not have a fulfilling experience after the match.

As per Fightful (via CSS), Daniel Bryan has been looking for ways to wrestle for other promotions. Bryan's contract is set to expire soon and the former WWE Champion has made it clear on multiple occasions that he may be looking to move towards a part-time role.

According to Fightful, while discussing his expiring WWE contract, Daniel Bryan said that he’s trying to find a way to wrestle for WWE and for other companies.

As reported earlier, Daniel Bryan had said that he felt an 'odd detachment' before his triple threat match at WrestleMania 37. Though Bryan said he couldn't fully comprehend the feeling himself, it might be a sign that wrestling doesn't mean as much to him as it once did.

''The odd detachment, I was like, 'Woah.' Like I said, I'm either gonna die [laughs] or maybe it's a sign that this isn't it and it isn't the same type of fulfillment that it was before. I've been trying to meditate on it and talk to my friends that I'm close with, like, 'what is that?' My contract is up relatively soon,'' said Bryan.

He further added that he is still trying to figure out what to do with his life. Would you like to see Bryan work for other companies?