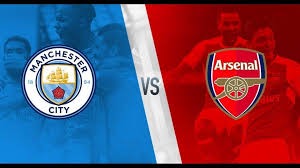 Arsenal hold the record for the most outright FA Cup wins but they are up against it when they take on Manchester City in this season’s first semi-final on Saturday night.

The Gunners have won the trophy 13 times, most recently in 2017 against Chelsea, and will be confident going into the game after defeating Premier League champions Liverpool on Wednesday.

But City are favourites to retain the FA Cup and have been in solid form of late, winning their last three in the league. Pep Guardiola’s side scoring 12 goals in the process and will be looking to add to their League Cup success in March.

Manchester City may have lost their Premier League title but they can still complete a second successive treble this season. Winners of all three domestic trophies in 2019, they have already won this season’s EFL Cup, and are in contention in both the FA Cup and Champions LEague.

Pep Guardiola’s men have largely been in great form since the restart of the domestic campaign, winning six of their eight matches, although one of their defeats — 2-1 at Chelsea — did of course confirm Liverpool as champions.

However, that will not have fazed anyone connected with the Citizens as the title had long been destined for Anfield, and City have generally been battering teams since the restart.

There was even plenty to like about City's performance in the other defeat at Southampton as they amassed a whopping 26 shots in the match. However, it proved to be one of those games in front of goal, a problem that has plagued them at times this season.

However, if anyone was unsure of City’s capabilities then a 4-0 destruction of the champions was a suitable reminder, while they have enjoyed three more 5-0 wins since the Premier League resumed in June.

These two sides met in one of the first games after the lockdown and it was, like all recent meetings between them, truly one-sided as City stormed to a 3-0 success.

Arsenal's form since the restart has been erratic to say the least, with defeats against City, Brighton and Spurs balanced out by victories over Wolves, Southampton and, most recently, Liverpool.

Which Arsenal turn up is open to question but it's difficult to see them end a seven-match losing streak against City, having been played off the park by them only weeks ago.

A City win may be a little bit prohibitive at a price of 3/10, so bearing in mind that the Manchester giants have been winning at both half-time and full-time in their last seven matches against the Gunners, backing the same outcome offers a lot more value at 4/5.

With games coming thick and fast ,Guardiola is likely to want the tie sorted out as soon as possible, with perhaps a chance for his men to take their foot off the gas later in the piece.

The last time these sides met in the FA Cup was at this stage in 2017, with Arsenal emerging as surprise 2-1 winners thanks to an Alexis Sanchez winner in extra time.

However, the results since then make for sorry reading for Gunners’ fans with City proving too hot to handle at home, away or at Wembley.

City have won the last seven clashes and on six of those occasions they have scored three, with both of this season’s Premier League meetings ending 3-0.

In fact, four of the last seven matches have finished 3-0 in favour of Guardiola’s side, which may tempt some in the correct score betting at 8/1. And that was also the scoreline the last time the teams met at Wembley in the 2018 League Cup final.

Kevin De Bruyne is the architect of so many good things for City but he is no stranger to finding the back of the net himself and looks worth a play to get on the scoresheet at any time at 11/8.

The Belgian maestro was an unused substitute against Bournemouth in midweek so will be fully rested for this clash and he has discovered a penchant for scoring against the Gunners this season.

De Bruyne has scored three goals in the two Premier League matches against Arsenal this term, including a screamer at the Emirates. He has been given penalty duties by Guardiola and notched from the spot at the Etihad against Mikel Arteta’s men in the first match after the lockdown.