By IdokoRichard (self meida writer) | 14 days

Chelsea's draw against Real Madrid in yesterday's champions league game has sparked up reactions about one of Chelsea's striker, Tammy Abraham who is yet to get a quality or tangible playing time under the new manager of the club, Thomas Tuchel. 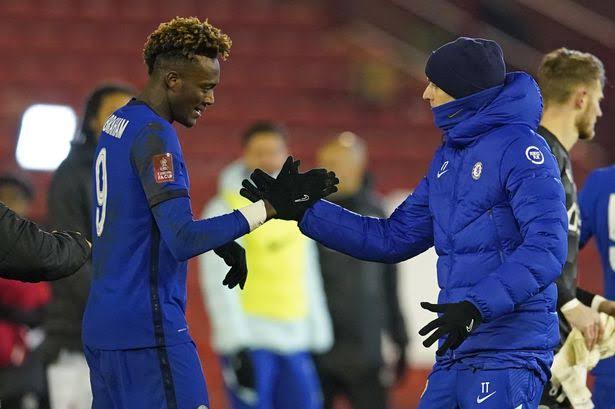 Yesterday wasn't entirely bad for Chelsea football club as they unexpectedly played a 1-1 draw against Real Madrid which many fans had predicted to beat Chelsea as they did to Liverpool. Chelsea came into the game as the underdogs, and they performed beyond expectations. They had a couple of goal chances that would have won them the game if they had converted it. 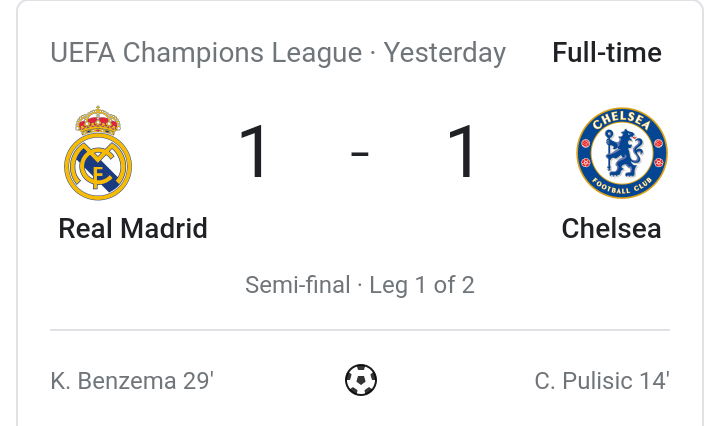 In the first half of the game, Timo Wener had a one-on-one chance with Real Madrid's goal keeper, Thibaut Courtois but he failed to put the ball into the net. He played the ball directly at the keeper who didn't hesitate to push it out with his fists. 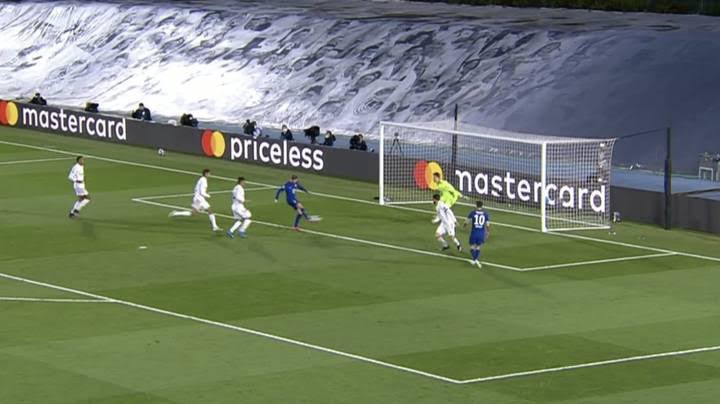 Timo Wener's miss sparked up reactions from fans who thinks his recurrent misses in almost every game, and the one of today is becoming unbearable, most of them thinks Tammy Abraham, who is yet to get a tangible playing time under Chelsea's new manager should replace Wener. 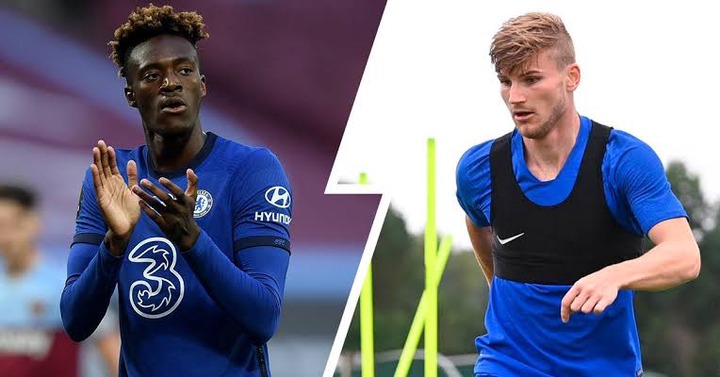 Tammy Abraham is known for his ability to score close proximity goals known as "tap-ins" just like the one Timo Wener missed in yesterday's game, and because of this most fans thinks it's time to drop Wener for Tammy Abraham. Check out what fans are saying below. 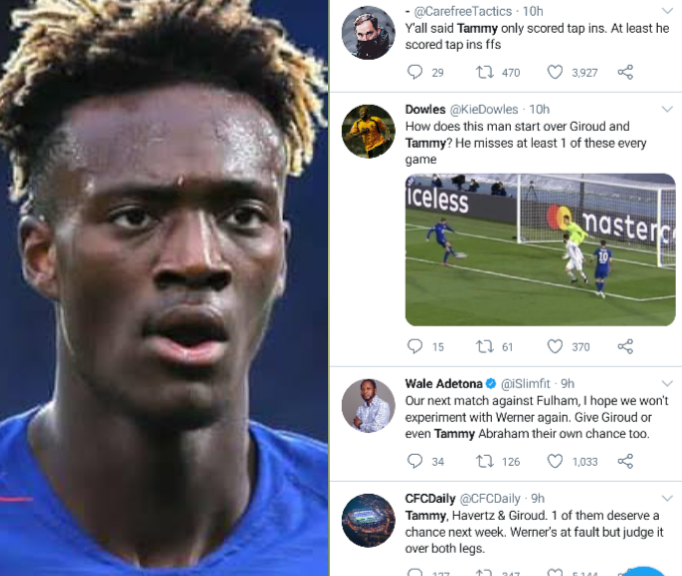 1. "Tammy abraham can’t get a start but werner plays every match?"

2. "You all said Tammy Abraham only scored 'tap-ins' at least he scored them for God sake"

3. "Tammy Abraham has to file a civil suit against Tuchel"

4. "People who slam strikers for only scoring 'tap-ins' do you now see it? Literally all Chelsea needed in that game was a player who can score 'tap-ins like Tammy Abraham"

5. "Only if Tammy received half the faith Timo has, he could have been a better striker" 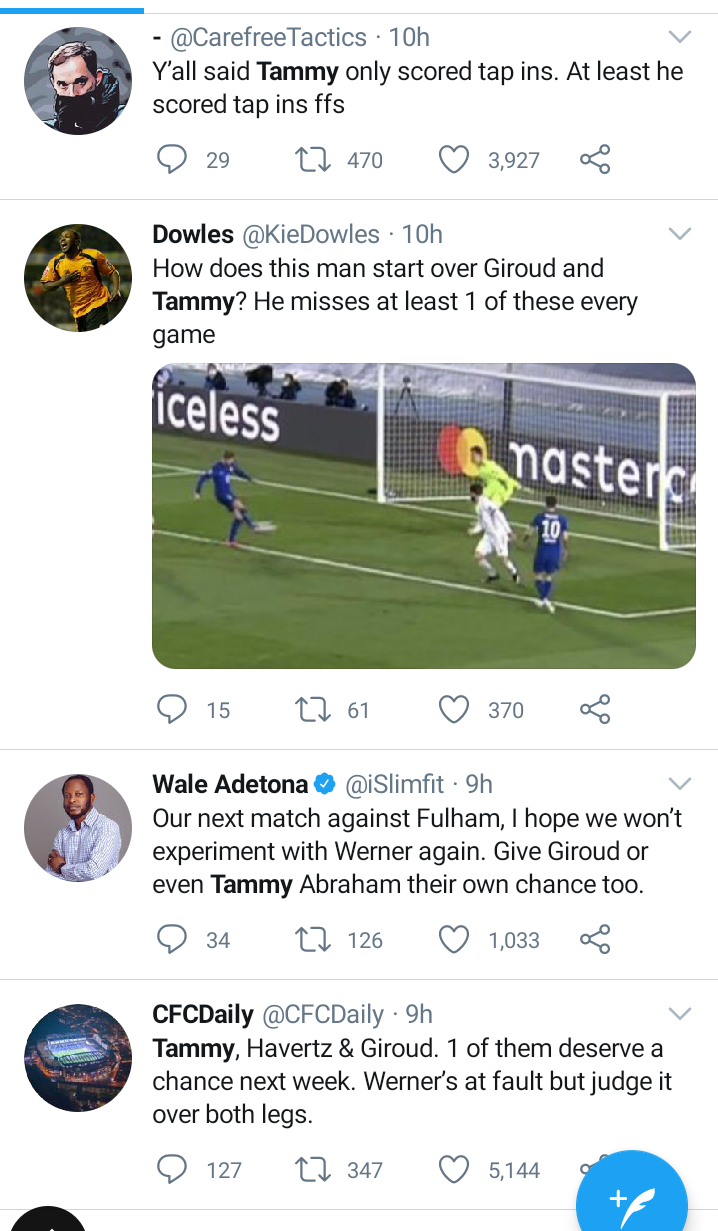 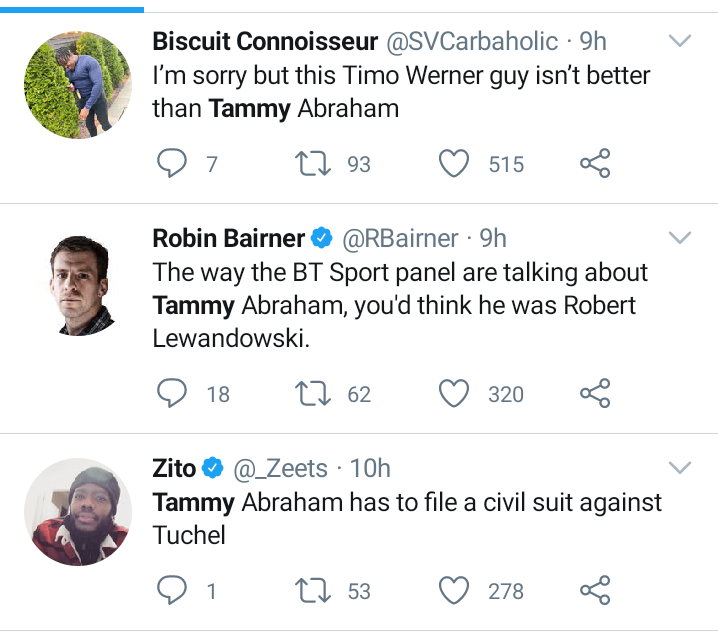 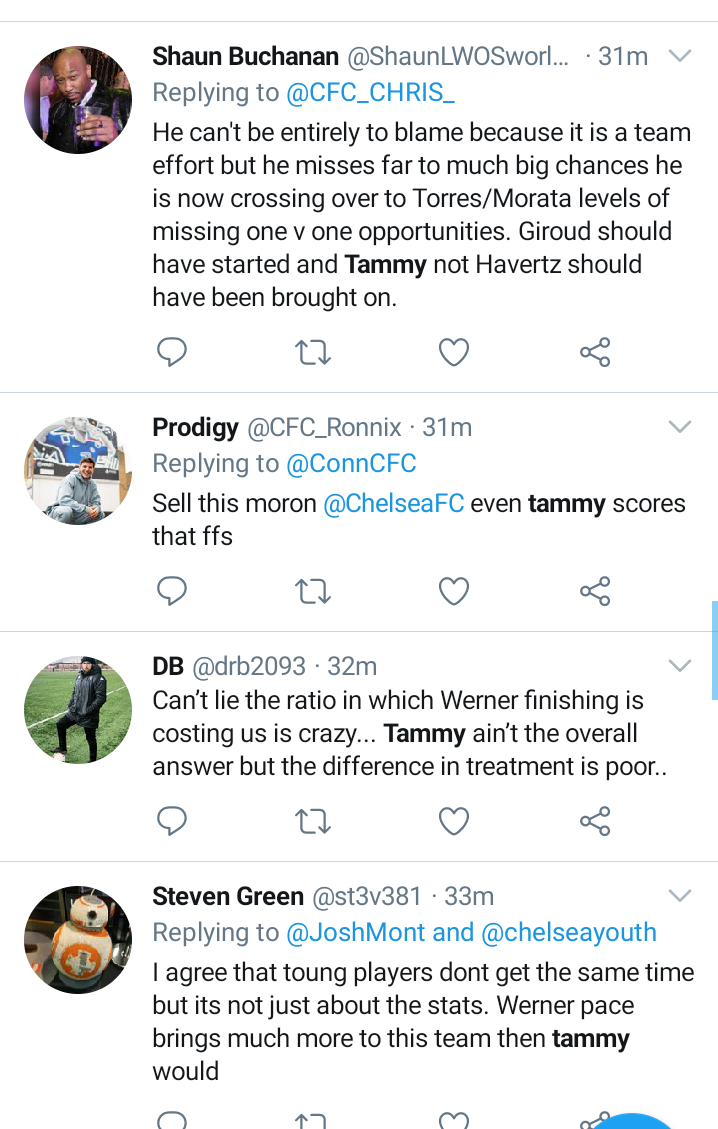 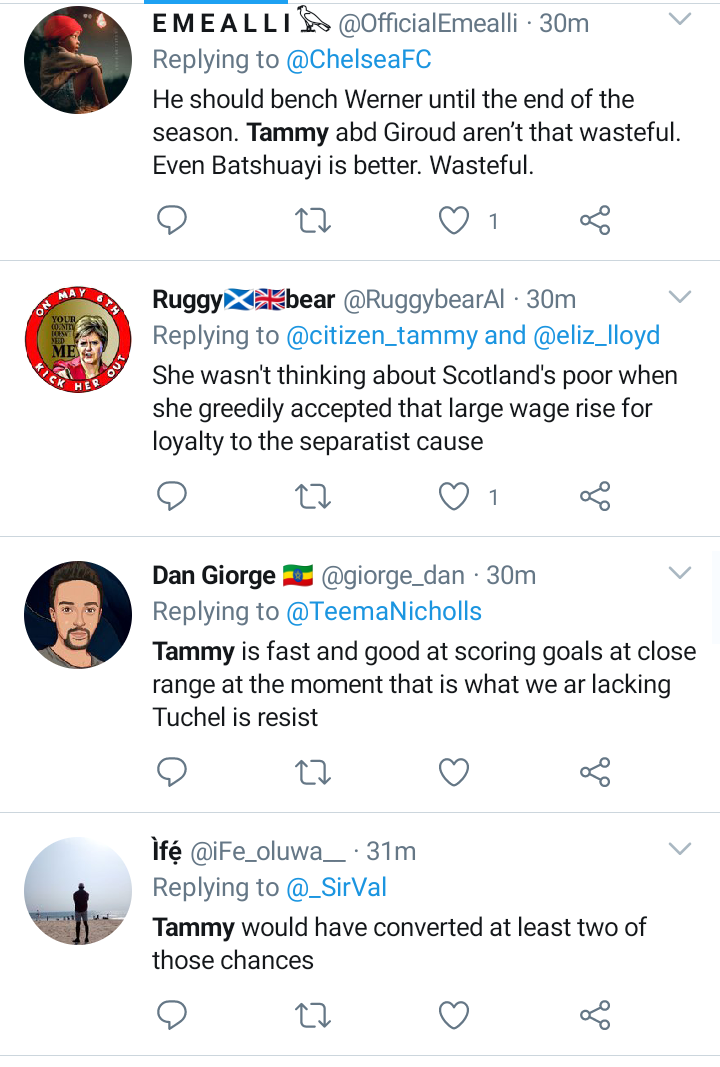 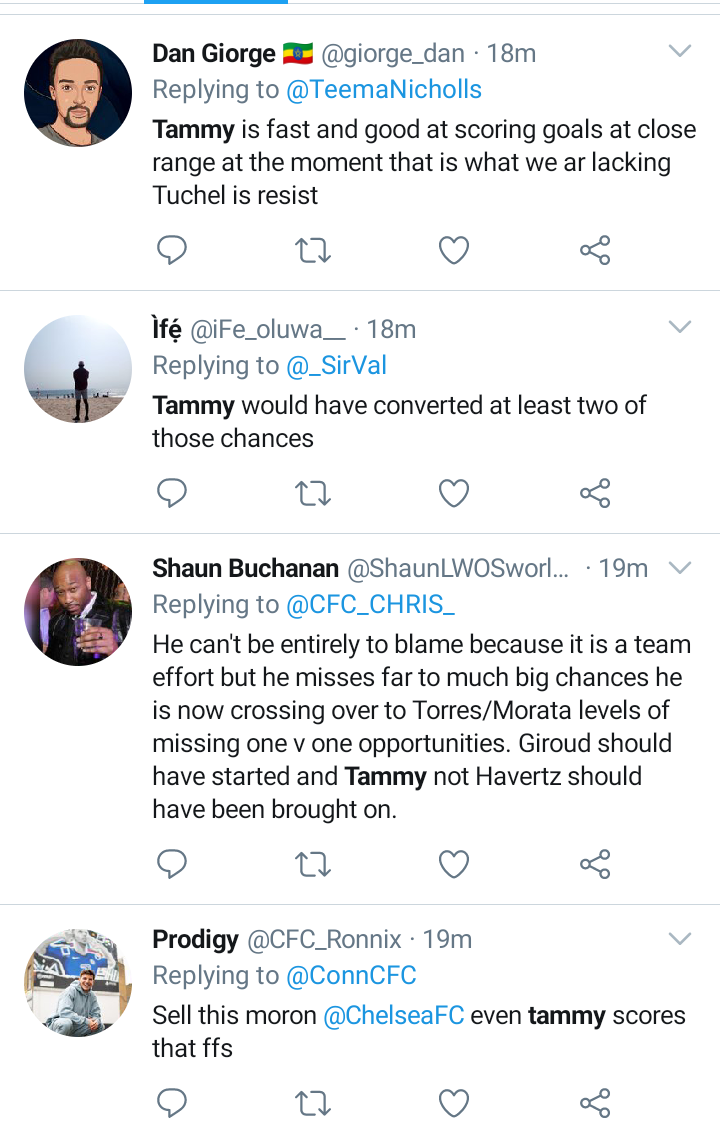 It quite clear that Tammy Abraham and Timo are two different players when it comes to style of play and individual abilities, but you you think Tammy will make a better striker than Timo Wener if he is played instead of Wener in subsequent matches?