Since the resumption of football, many clubs in Europe has either lost coordination and focus or gained one among the two or rather lost both. This was proven by them loosing, winning or even a draw.

The three clubs fights to gain entrance into Champions league have in one way or the other added much pressure to the fight by dropping some points for its opponent. For instance

Leicester has been on goal drought for its first three matches since the resumption of the league with two loss and some draw. Chelsea too has lost to West ham WHILE Manchester United is unbeaten since the resumption. This covers the point difference among the trio.

Now let's now compare their remaining two matches and check which one is having a difficult time. 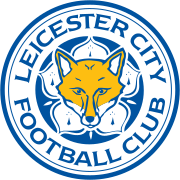 The Match between Leicester and United is a deciding match for both. Losser goes down to fifth.

Note: If Chelsea should win wolves game over they have qualified.

Dear readers do you think Chelsea would win a club seeking for position in Europa league or the champions (Liverpool) or United beating Leicester. which do you think is having much troubles.