Nigerian midfielder Raphael Onyedika was the hero for FC Midtjylland of Denmark on Wednesday night, as he came from the bench to score the winning goal in their 2-1 comeback victory over Glasgow Celtic FC in the UEFA Champions League qualifiers. 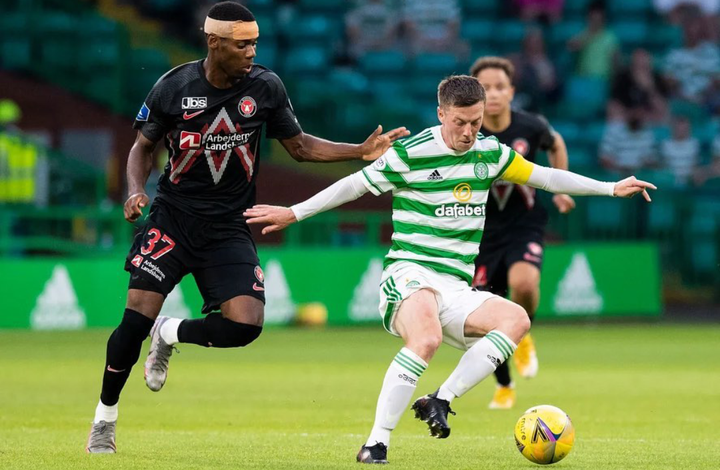 The 20 years old was dropped to the bench by coach Henrikson after suffering a head injury in the first leg, and he was impressive after being introduced in the second half.

Raphael Onyedika replaced Brazil star Charles Rigon Matos in the 59th minutes, and he was able to score a goal to guide his team to victory. Glasgow Celtic FC opened scoring through Callum McGregor in the 48th minutes, and Awer Mabil equalized in the 61st minutes before substitute Nigerian star Raphael Onyedika scored the winning goal in the 94th minutes to end the match 2-1. Raphael Onyedika was superb for FC Midtjylland after being introduced in the second half, and he was able to mark his excellent performance with a classic goal.

The 2-1 victory over Glasgow Celtic has now taken FC Midtjylland to the next round of the UEFA Champions League qualifiers.