BHA vs ARS: These 5 Arsenal Men Were RESPONSIBLE For The Hard Fought Win Over Brighton

BHA vs ARS: These 5 Arsenal Men Were RESPONSIBLE For The Hard Fought Win Over Brighton 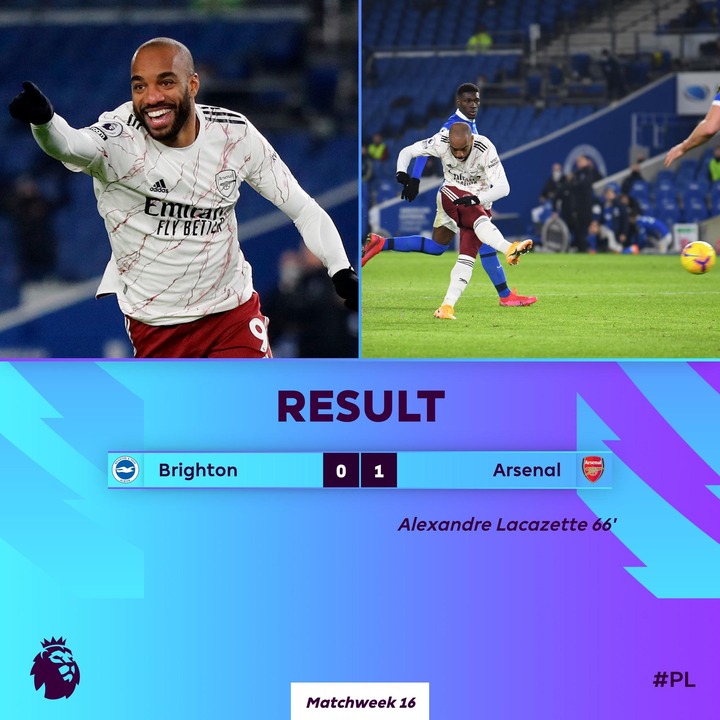 Arsenal made a return to Premier League Action with a much needed win over Brighton, it was the gunners second win in the space of four days.

The Arsenal boss made just one change to the starting XI that beat Chelsea, Alexander Lacazette dropped to the bench after he was reported to have a slight back problem, Aubameyang returned as he Captained the side. 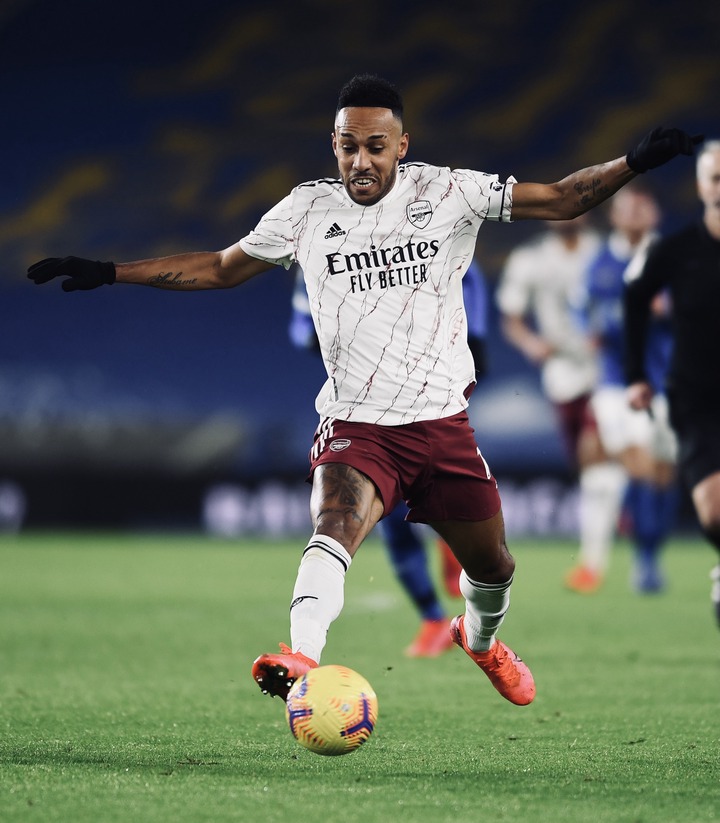 The first half was majorly Brighton as they saw more of the ball and controlled the game from midfield, Yves Bissouma was outstanding for the hosts, Arsenal didn't create much as they had zero shots on target in the first half. 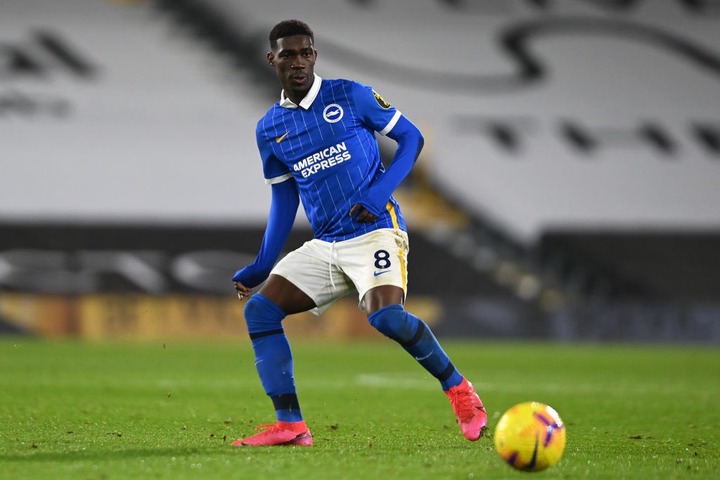 The second half saw a more determined Arsenal as they came out with more purpose, Martineli and Aubameyang came close while Leno had little other than goalkick to do, the deadlock was broken when Alexander Lacazette was brought in, seconds after his entrance he grabbed the winning goal of the game. 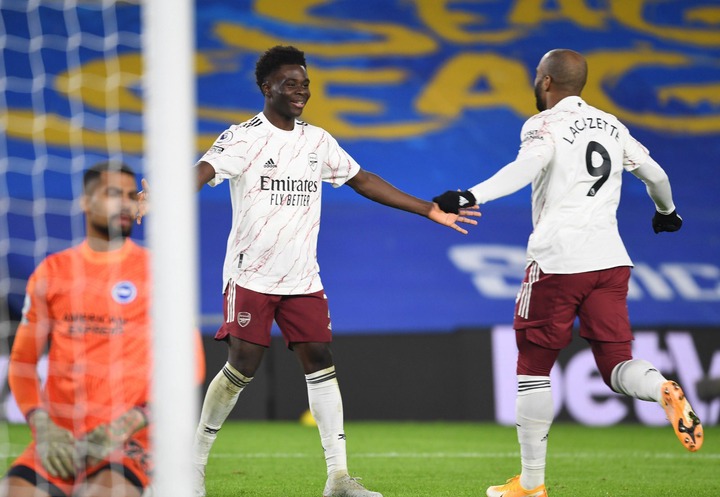 It wasn't the most Brilliant of performances from the gunners but it was enough to secure all 3 points, the entire Arsenal team played well but here are 5 Arsenal men that stood outing the game. 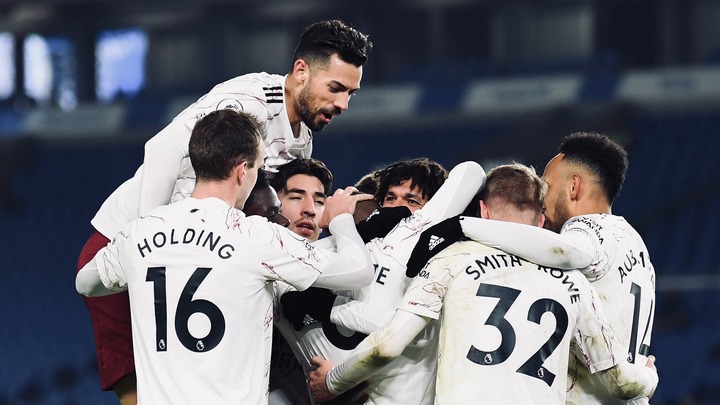 Arteta has come under fire over the past couple of months for his insistence on playing some senior players who have been underperforming and underwhelming but since the Chelsea game he has decided to stick with the kids who have been delivering the 3 points needed. 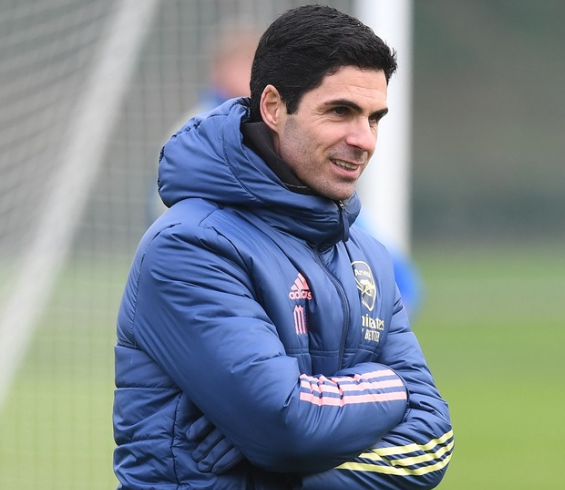 And Against Brighton he stuck with them as they produced another picked another 3 points for the gunners, although his decision to start Aubameyang over Lacazette would have been questioned but Lacazette had a little back problem so he couldn't start.

Another of his decision was spot on as he substituted Gabriel Martineli for Lacazette who eventually got the goal with just his first touch, if he continues to get his decision right and Arsenal continues to pick up 3 points, then no worries.

He did it in the Chelsea game and Against Brighton he was spot on as he showed great turn of pace before making a driving run into the Brighton area to assist Lacazette for the one and only winning goal of the game. 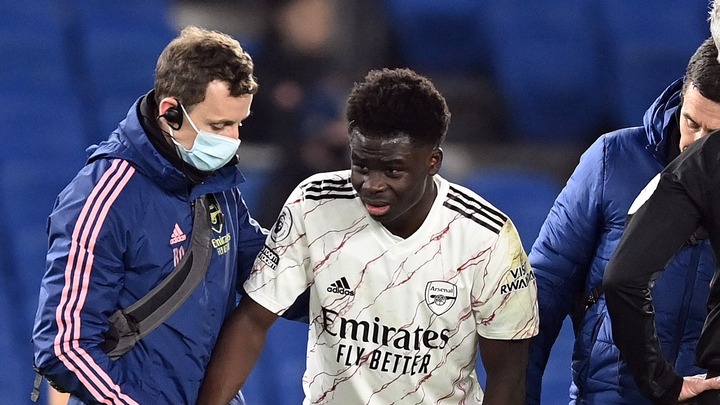 Arsenal created five chances in the game and the 19 year old was responsible for 3 of them, he also produced 3 of the nine successful take ons made by Arsenal. 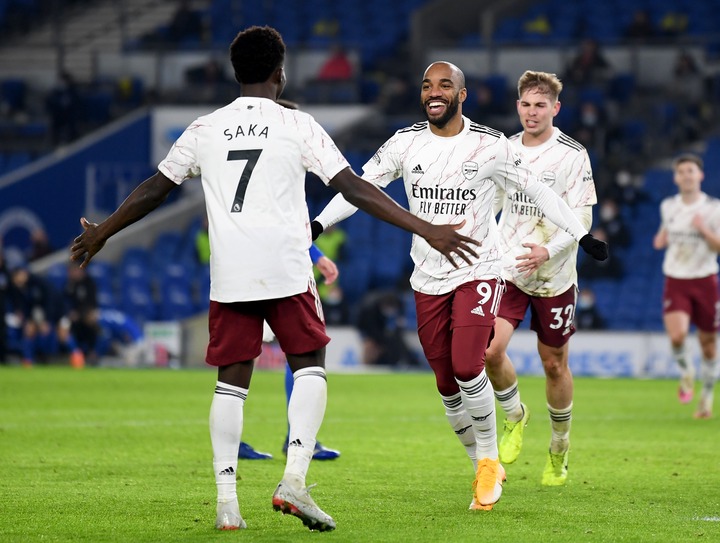 Another man of the match Performance from the England international. 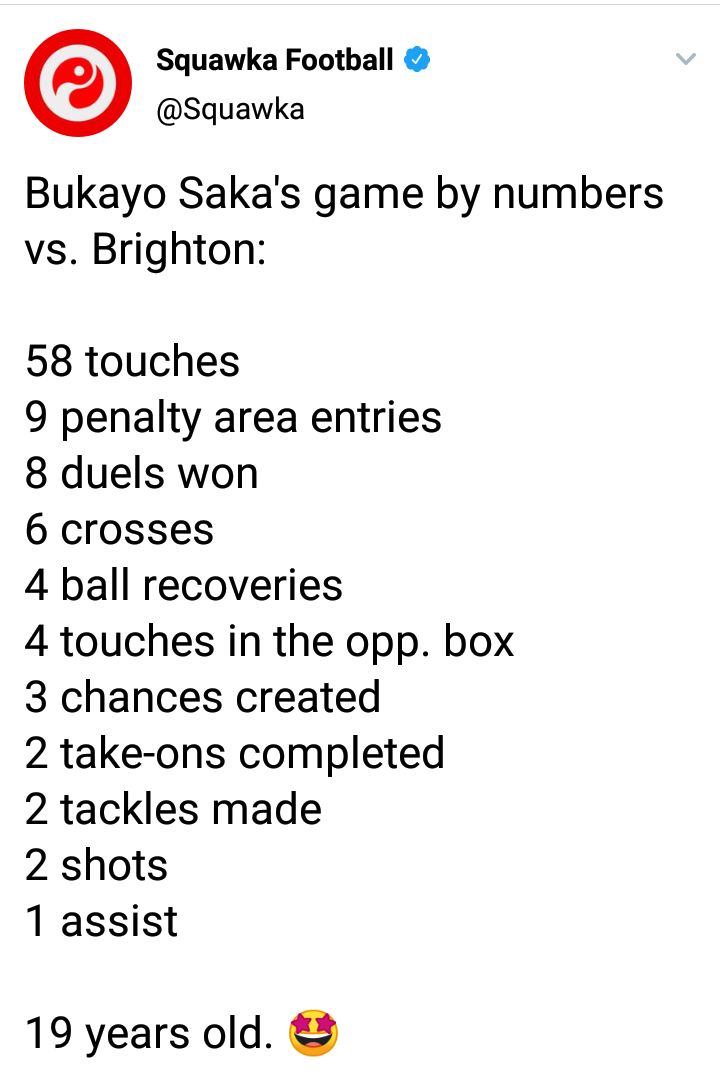 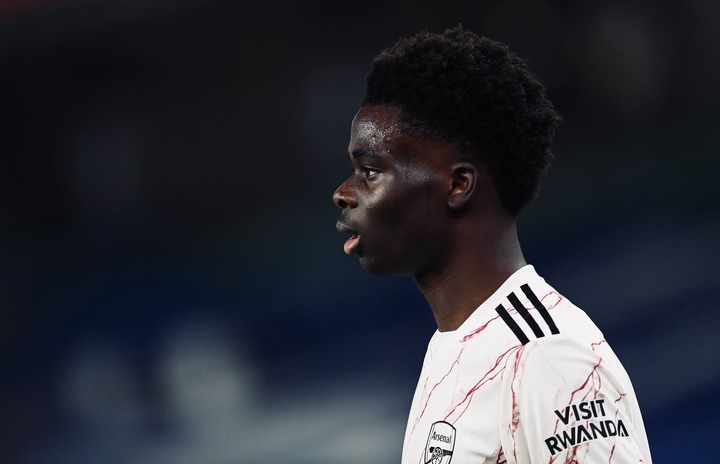 Holding has been outstanding this season, he is more like Nacho Monreal ever reliable, they will do their job but won't get praised for it.

Plus he is starting to develop that vital long pass needed by Mikel Arteta of his right center back. 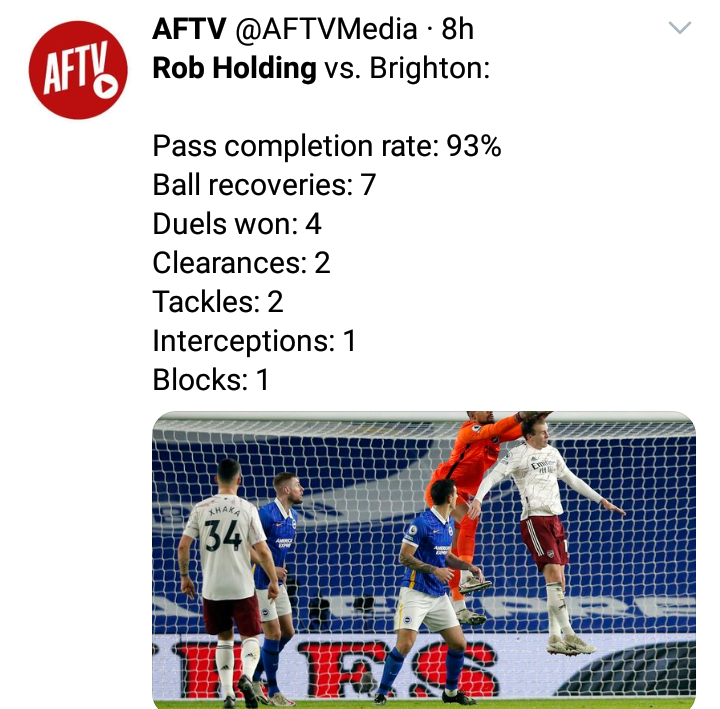 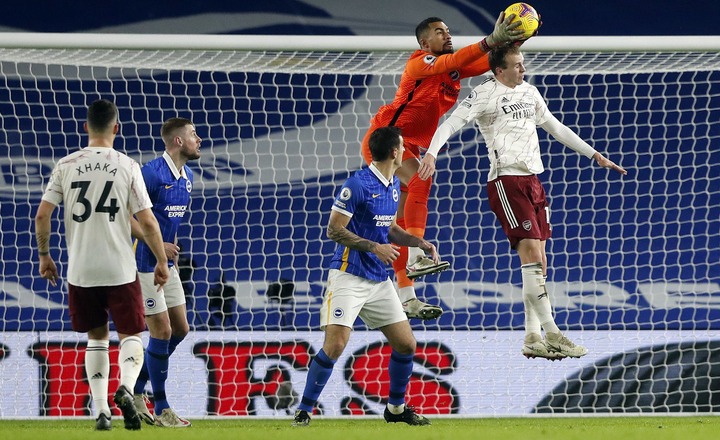 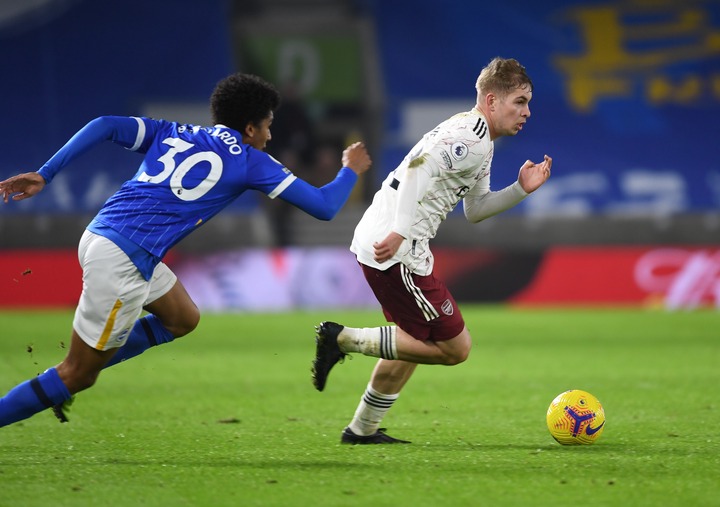 Smith Rowe just like Saka was one of the driving forces for Arsenal going forward, he did so whenever he had the chance and by the end of the game he had created two chances only Bukayo Saka created more for Arsenal he also completed 3 successful take-ons joint top with Saka. 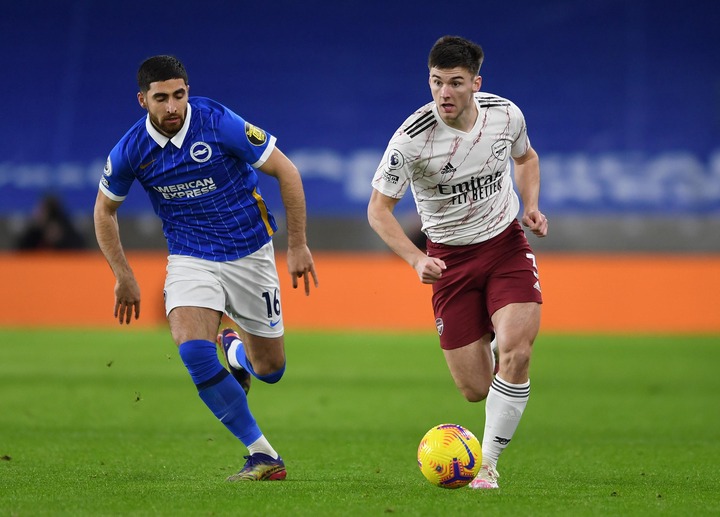 Even when Arsenal don't play well Tierney has always had that determination to push the team forward today he was excellent on the left and he produced some wonderful crosses, he should have gotten an assist for one of his crosses but a good save from the Brighton Goalkeeper kept Aubameyang from scoring. 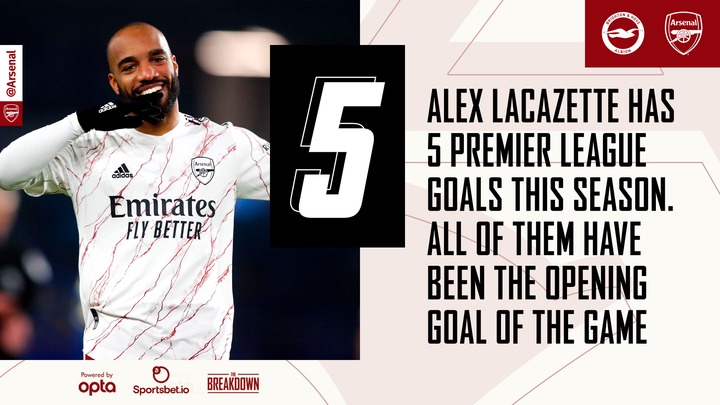 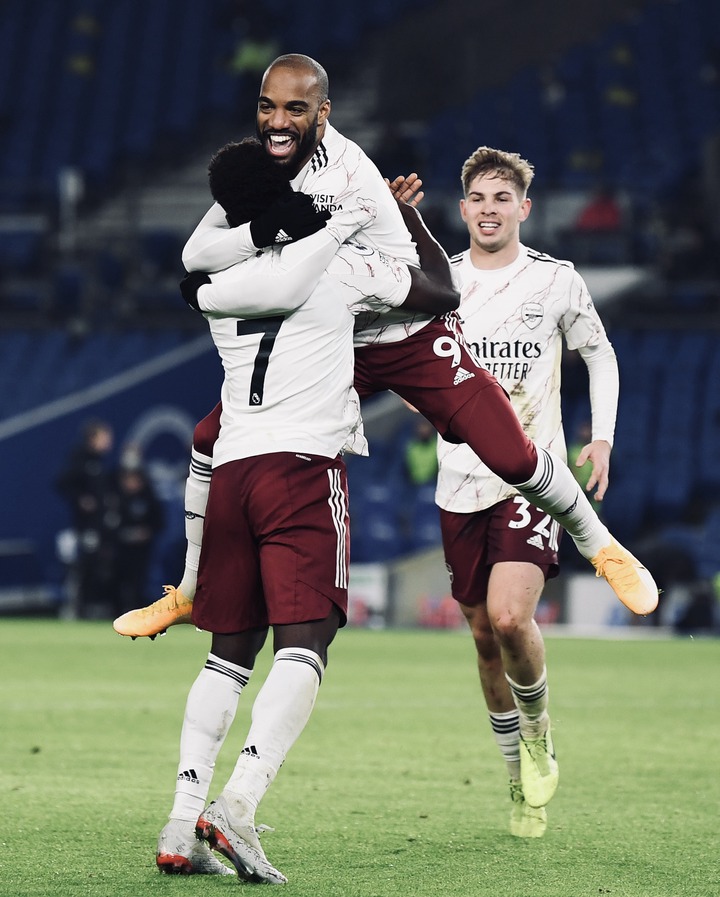