Ismail Youssef: Mohamed Salah is better than Messi and Cristiano Ronaldo for this reason

Ismail Youssef: Mohamed Salah is better than Messi and Cristiano Ronaldo for this reason. 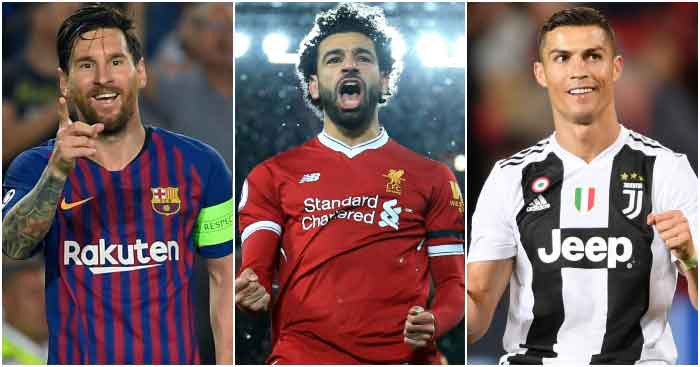 Zamalek club board member and former Egypt national team player Ismail Youssef confirmed that Mohamed Salah, the top scorer for Liverpool, is better than Argentine Lionel Messi, and Cristiano Ronaldo, and Al-Ghazal Al-Asmar defended Zamalek player, Tariq Hamed, because of the criticism that the player is exposed to during the recent period.

Ismail Youssef said in statements via the Zamalek channel: “Tariq Hamid is the best pivot player in the middle of a stadium in Egyptian football now, resembling me in his fighting spirit, a leader who loves the white castle very much, and his colleagues love him, and a man in the full sense of the word, and he is my successor in the stadiums right now, he is a very strong player His arrangement requires enthusiasm and strength, and this is available all over the world. What is said about him is a violent violent rumor that people believed, and this does not affect him. ”

As for his opinion on the best player in the world between Mohamed Salah, Messi or Cristiano Ronaldo ?, Ismail Youssef said: “Mohamed Salah is outside the competition, it is number one for me. A player who built himself in very difficult circumstances. Messi joined Barcelona at the age of 8 years And, from a young age, Ronaldo and Messi were skillfully established elsewhere. ”

He continued: "Mohamed Salah was traveling 100 kilos to train and he is a very enormous struggle story, and he is Zamalkawi, who has arrived in his place and what he has achieved is not comparable to the stars of Egypt. Hossam Hassan is the greatest spearhead in the history of Egyptian football and numbers, while Essam Al-Hadary is a legend in protection The goal. "