By Geeswill (self media writer) | 1 year ago 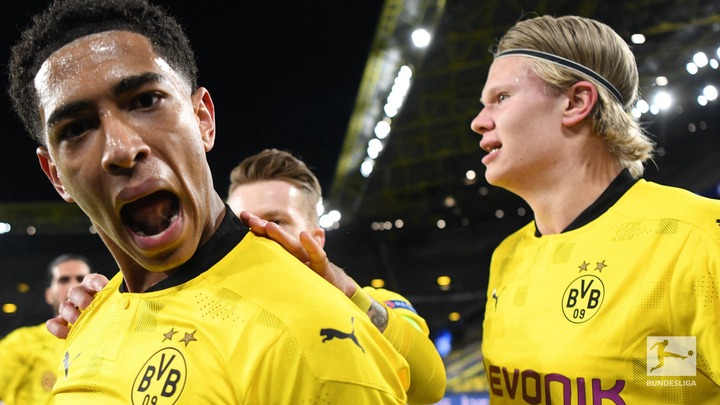 Jude Bellingham became the youngest Borussia Dortmund scorer in the UEFA Champions League after scoring the opening goal in their quarter-final clash with Manchester City.

Borussia Dortmund needed at least a 1-0 win to progress to the semifinals of the Champions League after losing 2-1 to Manchester City in the first leg and getting the very important away goal.

It took Jude Bellingham 15 minutes to break the deadlock thus becoming the youngest scorer in the Champions League for Borussia Dortmund at 17 years, 289 days.

Bellingham also displaced Oxlade Chamberlain to become the youngest English player ever to score in the tournament and also the youngest footballer to score for a German club in the competition.

Finally, he also became the second-youngest player in the competition history to score in a knock-out stage fixture since Bojan who was 17 years, 217 days when he scored for Barcelona against Schalke in 2008.

Although Borussia Dortmund were eventually knocked out by Manchester City, there were lots of positives to take from their youngster Jude Bellingham who just joined them last summer from Birmingham.

Does Jude Bellingham have what it takes to become a great footballer? That's the million-dollar question everyone is asking. Drop your thoughts in the comments section.

Content created and supplied by: Geeswill (via Opera News )