By lifechampion (self media writer) | 10 months ago

Dortmund played during the weekend and their youngster Eerling Haaland displayed brilliantly against the current league leaders, Bayern Munich. The same performance was witnessed by the Norwegian international yesterday as the two goals scored by the club yesterday was from the Bundesliga forward.

However, what has been surprising many is how Haaland was booked Yellow Card yesterday for taunting the Sevilla goalkeeper, Bono. He roared in the face of the goalkeeper immediately after scoring a penalty kick after many consultations involving the VAR. This angered many opponent players and he was awarded a yellow card by the referee for his ungentlemanly conduct. This yellow card may cost him an appearance in his next European game in the normal protocol in place is followed. 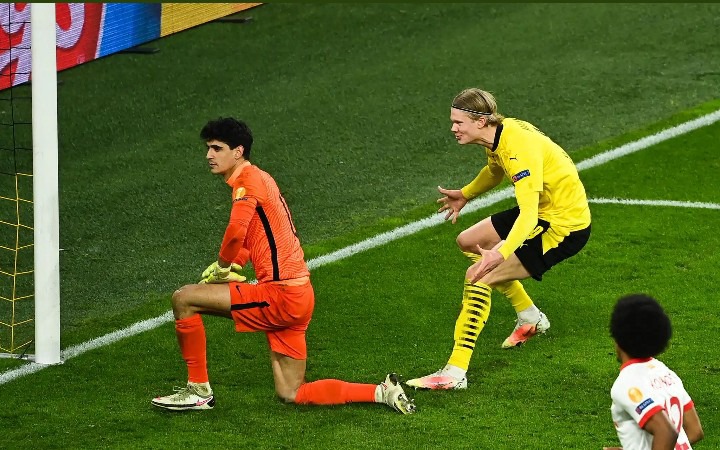 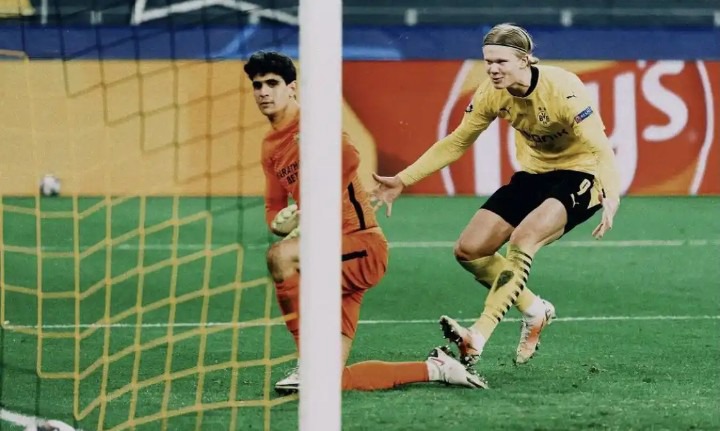 Haaland has now been the youngest and the fastest player to reach 20 goals in the UEFA Champions League in a playing career. He has played 14 games, more less than any other players with him overtaking Kylian Mbappe.