By saccoukara90 (self media writer) | 1 year ago Real Madrid French coach and football legend Zinedine Zidane has steered his club to record 34th Spanish league title after taking over from Rafa Benitez his predecessor at 2016. Thou, he quitted the contact at the tale- end of 2017/2018 season and later return after some months.

All together he had record 11th trophy win under his able leadership as the club coach. Recall that their hard time counter - club Barcelona had won the last two titles and were on top of the league at the resumption of the season. Whereas, three draw games fell them behind and Osasuna confirm their out of the league at camp Nou stadium after losing the last game on Thursday while returning victory to Real Madrid. 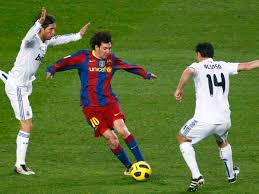 Whereas,  the Spanish giant had earlier instructed their supporters not to gather at the traditional team’s spot center in the nation’s capital. The players on their usual culture of celebration ran around the stadium and gathered for photo when the team captain Sergio Ramos lifted the trophy.  They lifted and throw Zidane into the air. In his remark, the club coach Zinedine Zidane dedicate the trophy to the players for their focus and hard work.

According to him ‘’The players are the ones who have fought for this. It’s true I’ve played my role but they’re the ones who believe in what they are doing.’’ 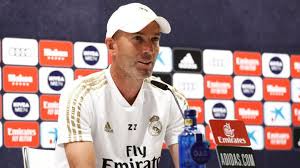 ‘’ it’s another league title, after the confinement and everything that happened,’’

‘’This is one of the best days in my life professionally, it’s a tremendous feeling because what these players have done is incredible. I’m lost for words because I am too emotional.’’ – Zidane

Content created and supplied by: saccoukara90 (via Opera News )