HalaMadrid: Real Madrid Crowned The Champions Of LaLiga For The 34 Time After 2-1 Win Vs Villarreal

By 9jarealgist (self media writer) | 1 year ago

Ladies and gentlemen, Real Madrid Are now the Champions of Spanish La Liga for the 34th time in history. Congratulations to Real Madrid, they deserved it by winning 10 games in a row to make it happen. Benzene has really shown he’s world class today as he scores brace to give Madrid their 34th laliga trophy.

Real Madrid now top Fc Barcelona In total trophies with 92 trophies won while Barcelona is 91. Here are the starting XI that won the league for Real Madrid. 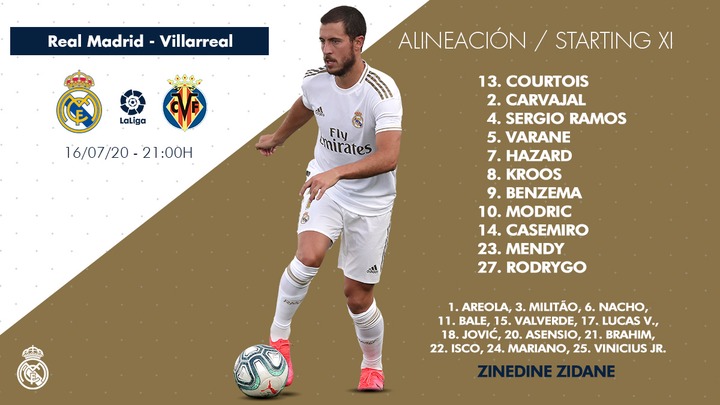 This team has been unstoppable, fantastic and creative, they’ve all work hard as a team and did it without Cristiano Ronaldo. Ramos has shown great leadership by leading the boys to victory, Zinedine Zidane has shown the world how good he is, winning the league without a single born scorer in the team.

Eden hazard has won his first laliga trophy in his first season with Real Madrid. Here are some highlights photos of the match. Madrid was estimated to be worth €3.8 billion ($4.2 billion) in 2019. They have the biggest fan and supporters worldwide, they have never been relegated from the top four division since it’s inceptions in 1929.

They have won 92 trophies; a record of 34 la liga, 19 Copa del Rey, 13 champions league, 11 Spanish super cup, 7 club World Cup, 4 European super cup, 2 Uefa cup, 1 league cup and 1 Eva Duarte Cup. They are arguably the best club in the world at the moment with lots of records. On 4th of January 2016, Real Madrid announces the dismissal of their manager Rafael Benitez and appointed Zinedine Zidane as their head couch on a two and half year deal. 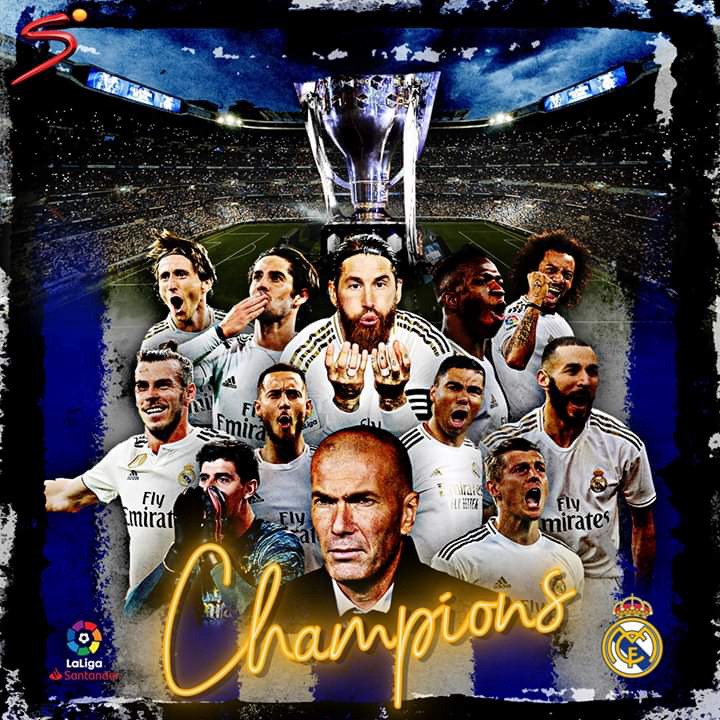 Content created and supplied by: 9jarealgist (via Opera News )