Barca could offer 3 players to Juve as Laporta reportedly wants CR7 to play with Messi next season. 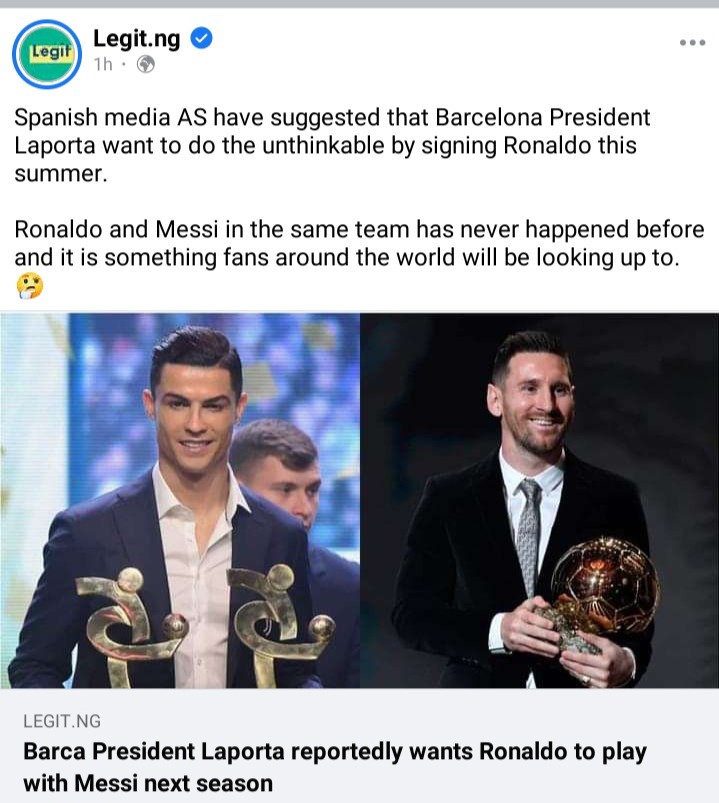 Spanish News Media outlet, AS Diario and Give Me Sport have suggested that Barcelona President, Juan Laporta want to do the unthinkable by signing Cristiano Ronaldo from Juventus this summer.

The 36-year-old Portugal Captain, Cristiano Ronaldo has been linked with a move out of Juventus this summer.

The Former Manchester United and Real Madrid Striker has one year left on his contract with Juventus. 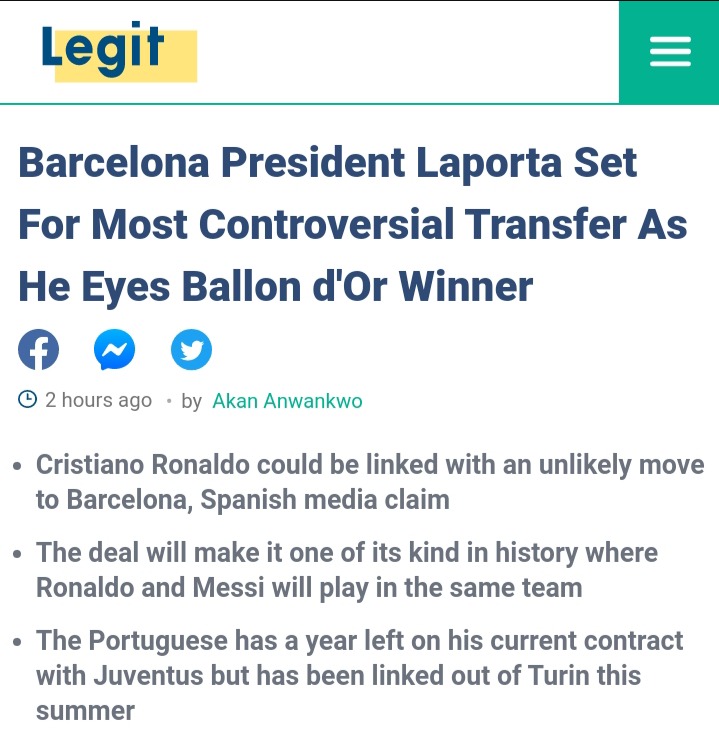 The five times Ballon d’or winner is currently on international duty with Portugal National team at the 2020 UEFA European Championship this summer.

According to Diario AS in Spain, Barcelona are also believed to be monitoring his situation at Turin intently. 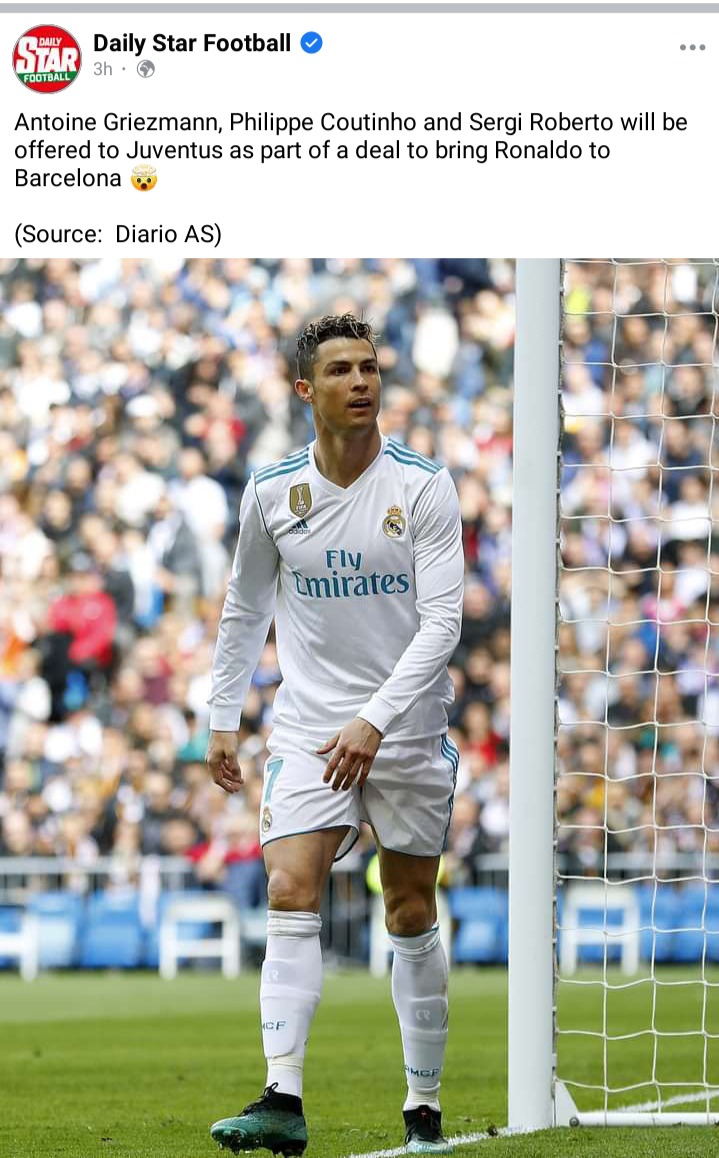 According to the reports from Daily Mirror, Joan Laporta will offer a selection of Barcelona players to Juventus in order to make the dream transfer a reality. 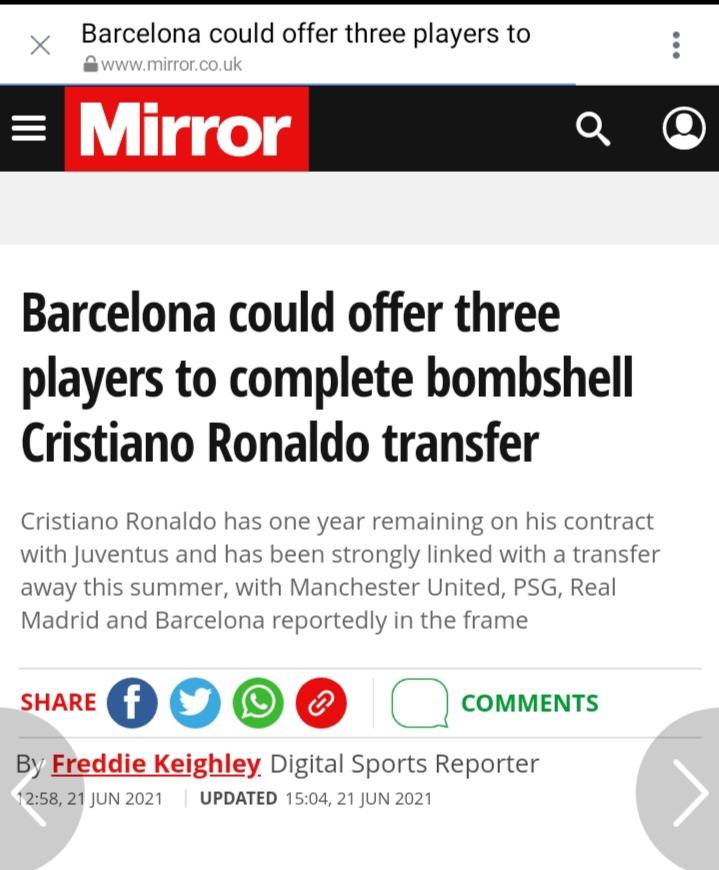 The reports also claimed that there is no guarantee Real Madrid all time goal scorer, Cristiano Ronaldo would agree to join Barcelona and his agent, Jorge Mendes has not been formally approached.

The Portuguese Superstar will be making one of the most controversial move in his career if he joins Lionel Messi at Barcelona. 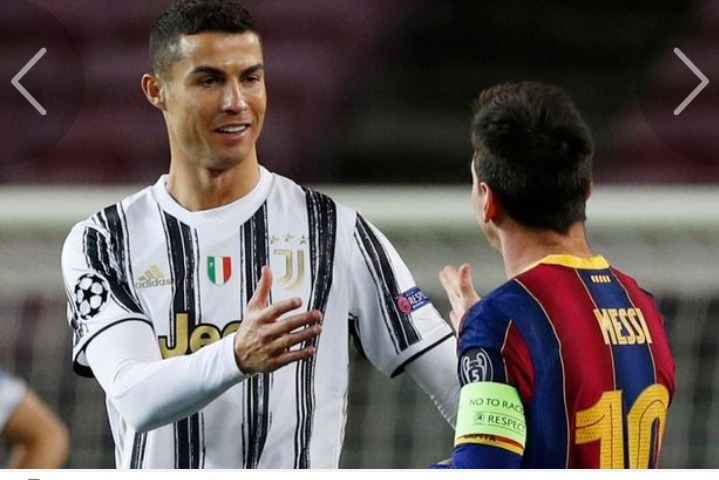 Messi and Ronaldo in the same team has never happened before and it is something fans around the world will be looking up to.

What do you think about this? Kindly drop your opinions this article.