Timo Werner, Saul Niguez And Other Chelsea Players Who Are Better Than Being On The Bench

Chelsea is presently doing well in England and beyond. The fact that Chelsea is the current European champion is another reason to give them their deserving respect. At the moment, Chelsea has one of the best squad depths in football. All thanks to the experienced players they have on the bench. In this article, we shall be taking a look at some players who are better than being on the bench for Chelsea. 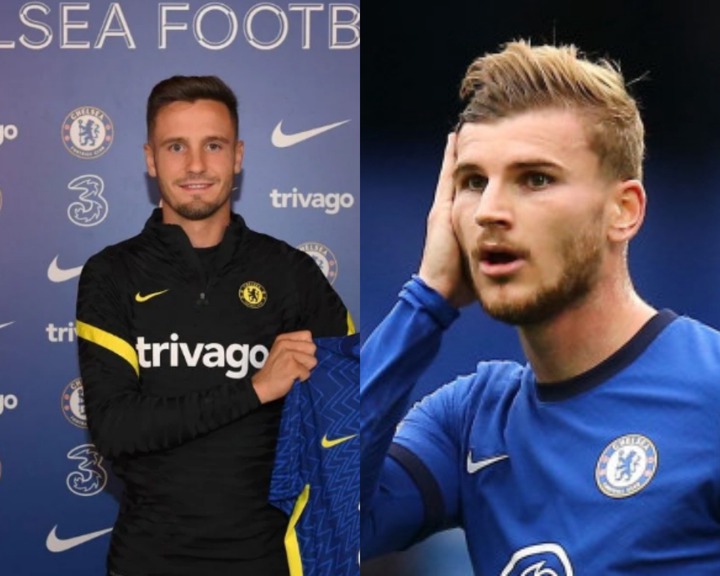 1. Number one on the list is Timo Werner; the German international plays a vital role for Chelsea last season, but the arrival of Rumelu Lukaku has relegated him to the bench. He has performed too good to be a benched player. He would definitely be a starter in other bigger clubs.

2. Saul Niguez; The former Atlético Madrid midfielder was sensational for Atlético Madrid, and it's only right that he is given more opportunities to find his rhythm at Chelsea. He has only played a game for Chelsea, but has been relegated fully to the bench.

3. Ruben Loftus-cheek; He is a great player who had performed excellently for Chelsea over the years before he was hampered by a series of injuries. He has featured in some of Chelsea's game recently, and he was impressive. He could end up benching Jorginho at Chelsea.

4. Chalobah; He is another player that shouldn't be a benched player; he has these remarkable abilities as a defender. This explains why he has continued to make his way closer to Chelsea's starting roles. He may not be playing in all the games for Chelsea, but he would obviously not be benched when he leaves Chelsea for any other big sides.

5. Hudson Odoi; The young player has not been able to cement his place in the Chelsea's starting eleven. He is currently used as a substitute player. The fact that Bayern Munich has contacted him for his signature is a confirmation that he is too good to be a benched player. He is a bunch of football talent.

Let us know your thoughts on this article in the comments' section.