Manchester United football club were undoubtedly one of the few busy Premier League clubs during the summer transfer window before it was shut down last month.

The Old Trafford side remain hellbent on winning their first trophy under manager Ole Gunnar Solskjaer and have added the likes of Jadon Sancho, Raphael Varane and Cristiano Ronaldo to bolster their squad.

However, that has not quite turned out well so far as the Red Devils are currently sitted in 6th position on the Premier League table after taking up 14 points from their first eight league matches. 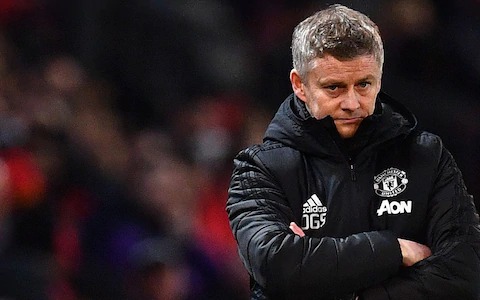 Coupled with that, Manchester United could now be rocked with reports that young forward Amad Diallo could now be willing to leave the club when the transfer window opens in January.

The 19-year-old Ivory Coast International who joined Manchester United from Serie A side Atalanta in January 2020 has found it difficult to break into the first-team squad since he made the move.

The young winger made 13 appearances in all competitions last season, scoring five goals and creating four assists in total as Manchester United made it to the final of the Europa League. 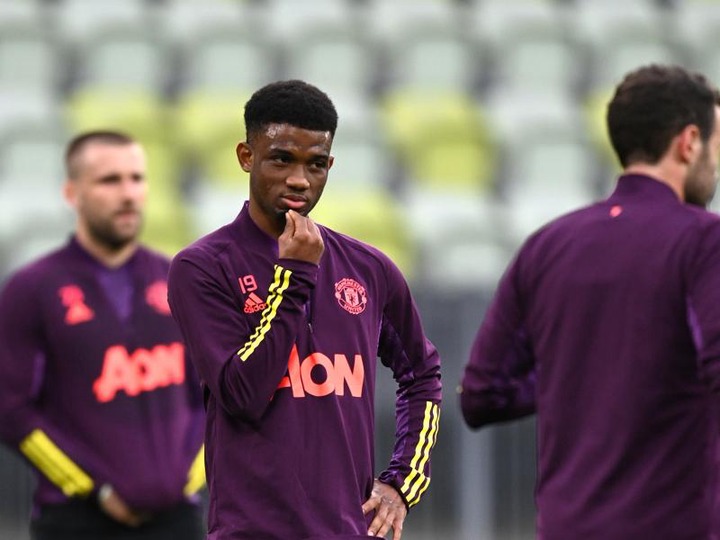 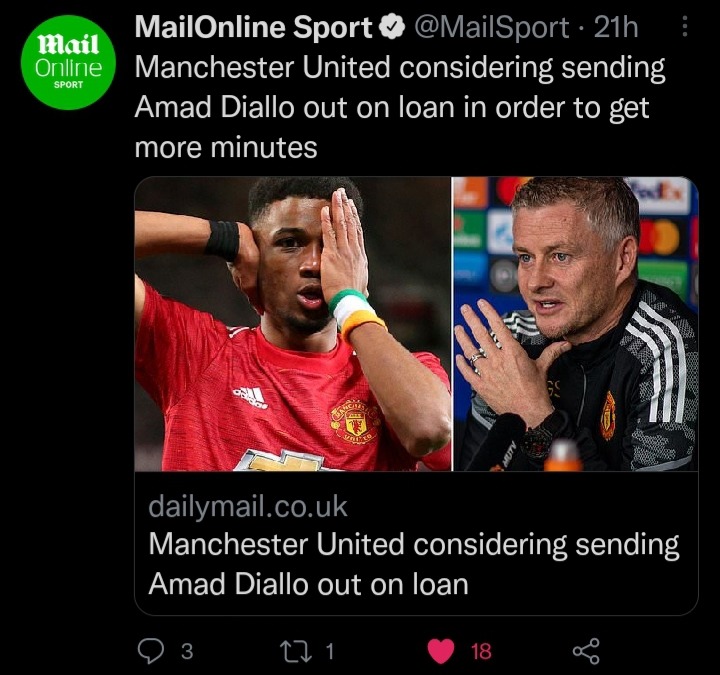 However, Amad Diallo has so far failed to break into the Manchester United squad this season and has not made any competitive appearance.

The young winger is said to be disappointed with his lack of regular playing time and according to reports from Daily Mail, Amad Diallo is keen on leaving the club on loan when the January transfer window opens.

The young forward has little hope of getting much game time at Manchester United this season due to the competition for places in Manchester United's attack line and he could now be set to leave the club so as to rediscover his best form elsewhere.