By Allsportsgist (self media writer) | 7 months ago 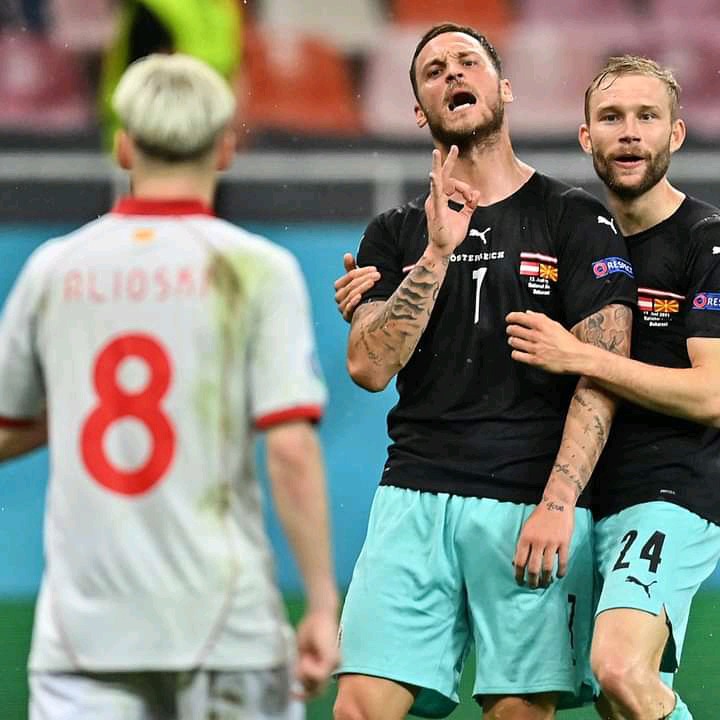 The Austria striker has been accused of using a racially charged word during his confrontation with Ezgjan Alioski who plays as left wing or winger for the premier league club (Leeds united)and for the north Macedonia national.

Marko Arnautović was on born the 19th of April 1989 is an Austrian professional footballer who plays as a forward for Chinese Super League.

A full international with over 80 caps for Austria since 2008, Arnautović helped the nation to qualify for the UEFA European Championship in 2016 and 2020. He was named Austrian Footballer of the Year in 2018. 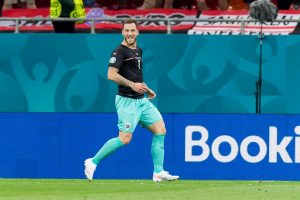 "I would like to say one thing very clearly: I AM NOT A RACIST! I have friends in almost every country and I stand for diversity. Everyone who knows me is aware of that. Am sorry for my action"the Austria striker added.

UEFA has launched an official investigation into Arnautovic's actions after receiving a letter from The North Macedonian Football Association (FFM) in which it demanded that the 32-year-old face the A very serious punishment.

The use of language reportedly dates back to the Kosovo War, with Arnautovic, whose father is Serbian, targeting Alioski, who is of Albanian origins.

Arnautovic allegedly used an anti-Albanian slur towards Egzon Bejtulai before then celebrating his goal by yelling towards Alioski, only stopping after being restrained by team-mate David Alaba.