FA Cup: Arsenal Can Surprise Mancity As They Did To Liverpool (Opinion) Arsenal are set to go head to head with Manchester City football club, for the second time within a month span, following their 2-1 win over Sheffield United in the FA Cup quarter final stage that held last month. In that tie, a penalty scored by Nicolas Pepe and an 80+ minute goal scored by Dani Ceballos was enough to see the North London side advance to the semis in their most successful competition (13 Fa Cup trophies).

When Manchester City hosted Arsenal at the Ethiad Stadium on the 17th of June 2020, during the restart of the Premier League, the visitors were shamefully beaten 3-0, with goals from Kevin De Bruyne, Riyad Mahrez and Phil Foden.

The encounter between the two sides was blamed on defensive errors as David Luiz's mistakes cost Arsenal their pride. The player went ahead to receive a red card in that match and soiled the spirit of his teammates who could not fight back against a very strong City side. 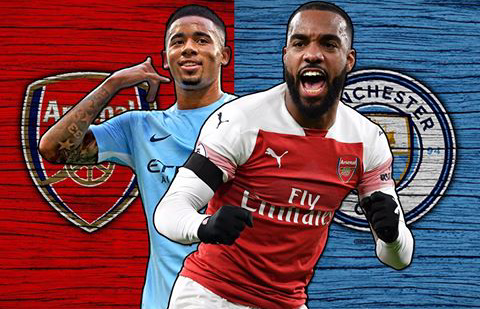 Arsenal brushed off their first two defeats after the Premier League restart however, and have been doing well for themselves. Quite recently, they overturned a 1-0 loss to Liverpool in the first 20 minutes and emerged victorious in a 2-1 win. The result of this match may look like a lucky break to a few people, but the intensity, teamwork and perseverance that was put into the fixture by Arsenal is something worthy of applause. In the last match between Arsenal and Mancity, the visitors were able to contain the large threats of Manchester City for a long period in the first half before the defensive error broke the deadlock.

Assuming there would be no errors in tomorrow's game, then we can see another shocking win for Arsenal. The fact that the club is the most successful English club in the history of the FA Cup competition can go a long way to motivate the players to playing their best tomorrow. 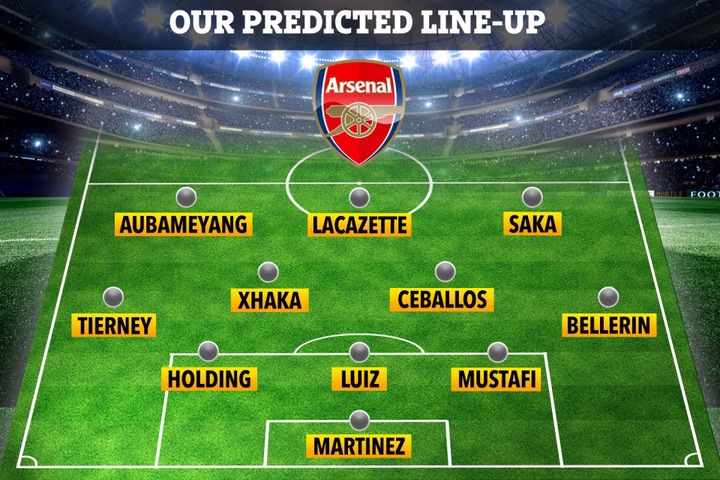 The predicted Arsenal line-up would see them feature in a 3-4-3 formation as they have done in their last five games, with changes in the starting line, as Holding would start over Kolasinac and Cedric Soares would be replaced by Bellerin.

The last time Arsenal faced Manchester City in the semi finals stage of the FA Cup back in 2017, Arsenal came out with a 2-1 win before eventually lifting the trophy after beating Chelsea. So my predicted full time score is also 2-1 in favour of Arsenal. Remember always, a man can dream. Mikel Arteta would be looking to seal his sides qualification for European competition next season, and with Arsenal falling out of a top 5 finish, winning the FA Cup is the only hope they have left if they dream to compete in the Europa League next season. The coach has expressed his happiness in the fight, energy and commitment that his side showed against Liverpool, and he is now backing them to repeat a similar trend against his former side.