By RelationshipTalks05 (self media writer) | 13 days ago

According to Tuchel, Chelsea did not purposefully keep the number nine shirt open in order to attract a future new player to Stamford Bridge. 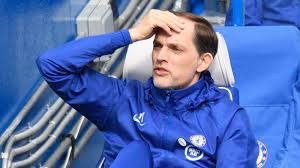 After Romelu Lukaku's loan return to Inter Milan, Chelsea's number nine is still empty, and Tuchel claimed that none of Chelsea's current stars wanted to take the shirt.

Stamford Bridge will keep an eye out for a striker this summer, and Pierre-Emerick Aubameyang of Barcelona is reportedly still a possibility. Chelsea's last six nine-shirt wearers have failed to make an impact in west London, leading Tuchel to joke that the Blues' central striker number still holds bad luck. There are rumors that it's cursed, and I believe them. Tuchel made a joke about it.

We don't leave it open for tactical reasons or for guys coming up the pipeline who will just take it by default. As a result, there was not a great deal of interest in the number nine." Despite this, no one is willing to touch it. In the club, "oh, you know, like he had the nine and he didn't score," everyone tells me.

"At this point, no one is willing to touch the number nine." At Chelsea, Tammy Abraham wore the number nine for two seasons before moving to Roma and making an impression in Serie A. Abraham argued that taking up the number nine challenge was nothing to be ashamed of. 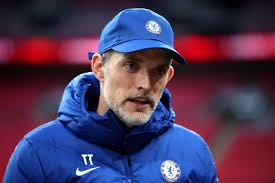 Despite this, Abraham departed Chelsea with unfinished business, and Lukaku's lone season at Stamford Bridge ended in disappointment.

All of Chelsea's previous strikers, from Fernando Torres to Alvaro Morata to Gonzalo Higuain, have tried and failed to make an impact as the club's No. 9.

There is still time for the Blues to sign a center striker who would be happy to wear the number nine shirt, since Tuchel has laughed freely about the predicament. Emboldened by new owners Todd Boehly and Clearlake Capital and the addition of high-profile and big-money Marc Cucurella, Chelsea have made a strong push for a revolutionary summer.

Tuchel believes the Blues are still in transition, but he has promised not to limit their potential for the new season. This season, Tuchel believes, "we will not be at our maximum level we can attain." 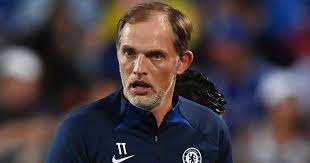 But for us, it's natural and we've had a rocky time since the new owners arrived, as well as prior to that, and we shouldn't be too concerned about it."

As a result, we lacked the necessary infrastructure to fix everything, go on vacation, and have the five weeks of preparation necessary to determine who would be in our team and how we would practice.

"The team and the method were always evolving." I believe the first step is to accept it, be content with it, and refrain from expecting anything more. This is how things stand at the moment.

As a result, the team has refocused, calmed down, and is ready to go to Everton for the win. "We tried to completely refocus this week on Everton and that's the right approach."

It will be up to us to see if I'm correct. It is my belief that by preparing for Tottenham the same way, we will find our form and the level we expect of ourselves. As I previously stated, I do not want to lower our expectations before the season but at the same time do not want to put too much pressure on ourselves."