By Football-Stats (self meida writer) | 24 days 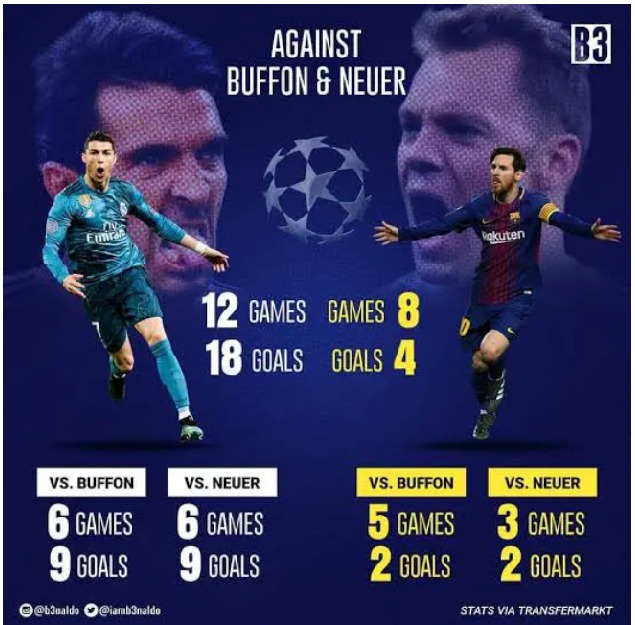 The portuguese Ace, cristiano Ronaldo have scored at least nine goals against his current club goalkeeper, Buffon. He was able to score against him in the champions leagues when he was not playing for Juventus. He have scored the same number of goals against Manuel Neuer. The Bayern Munich goalie was terrorized by Ronaldo when he was still playing at Madrid. Lionel Messi have not played many games against Buffon and Manuel Neuer. The last time he played against Buffon was at camp nou and he couldn't score a goal. The last time messi face Neuer was in the Quarter-finals of 2019/20 UEFA Champions league. Bayern munich thrashed Barcelona 8-2 and messi failed to score. Messi have scored at least 2 goals each against Manuel Neuer and Buffon.