By Jorshe (self media writer) | 2 years ago

Well in the game of football, players go into every game hoping and praying for their best qualities to be displayed on the pitch. However, on a certain cold Monday night in Stoke, everything unfortunately combined to work against a certain Stoke City striker, Jonathan Walters. 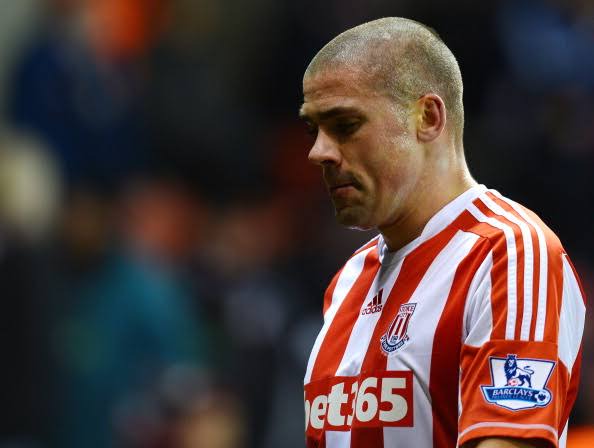 Way back in the 2012/2013 season, Chelsea visited Stoke City with the dreams of topping the Premier League table, however they got an unusual help from the Irish International, Walters who ensured they grabbed all three points as they cruised to a 4:0 victory courtesy of two own goals and a missed penalty . 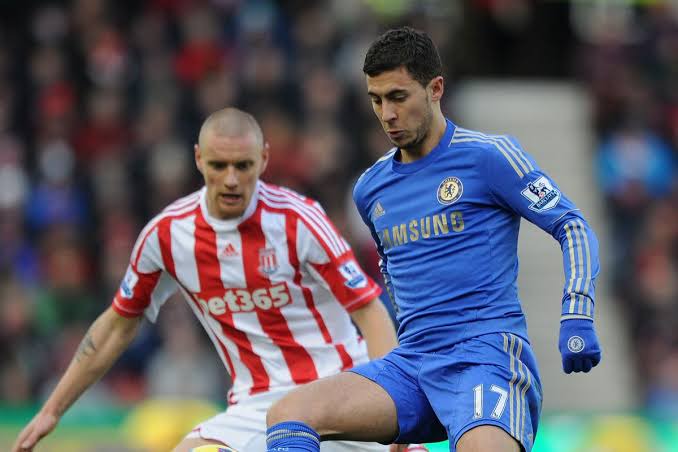 The 29 years old Walters, prior to this fixture had already bagged six goals to his name but when the Blues came visiting, he certainly had a bad nightmare but how did he exactly perform such an abominable act?

Well a Rafa Benitez led Chelsea side had the likes of Demba Ba, Ashley Cole, Lampard, Juan Mata, John Terry and a very young Eden Hazard in the starting lineup. Despite all these quality players, they still struggled to open scoring however, the Stoke City top striker horrendously decided to take matters into his own hands just at the stroke of half time. 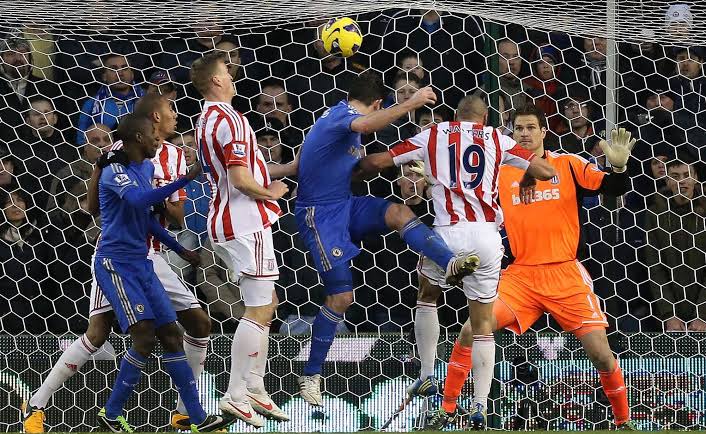 Cesar Azpilcueta whipped in a dangerous cross into the 18 yard box and Jon Walters hilariously nodded it into the back of his post to open scoring. 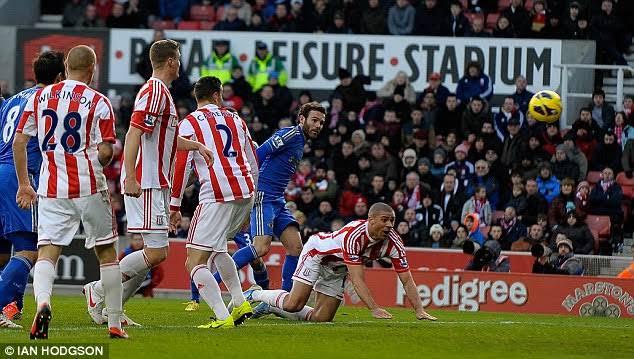 Apparently he wasn’t satisfied with that and decided to gift another own goal, when he put the ball again into his net after being pressurized by Frank Lampard. He finally decided to finish the icing on the cake when the referee pointed to the spot, after he was hacked down by the Blues’ Captain, John Terry in the box. 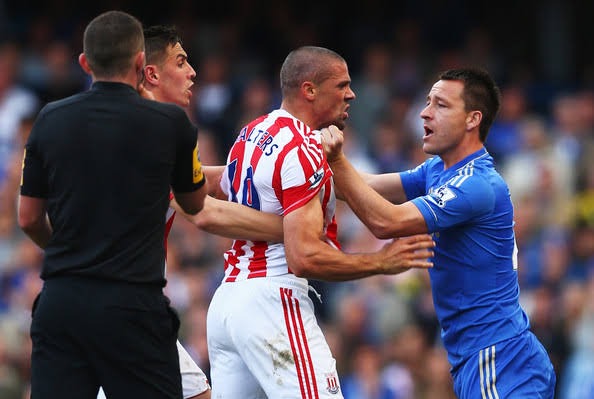 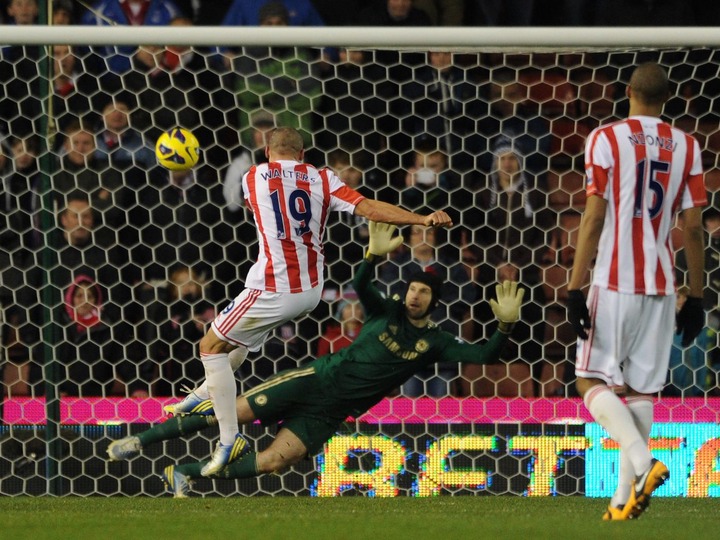 Jon Walters proudly grabbed the ball and smacked his shot against the crossbar which left mouths wide open. Eden Hazard finally killed off the game with a glorious finish that ended the game at 4-0 (with Lampard scoring an earlier penalty) and Stoke City fans were left in utter bewilderment. 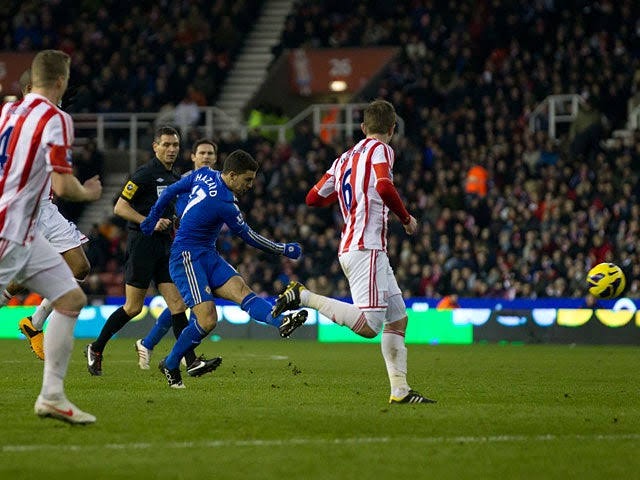 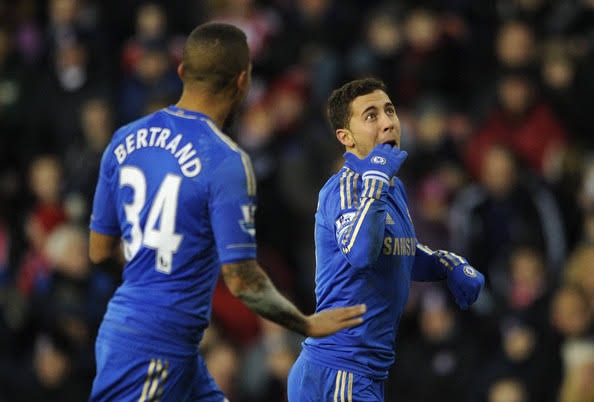 Though it has been seven years since that incident occurred but I’m a hundred percent sure, Jonathan Walters will be asking himself questions till today if he was somehow possessed on that very night. 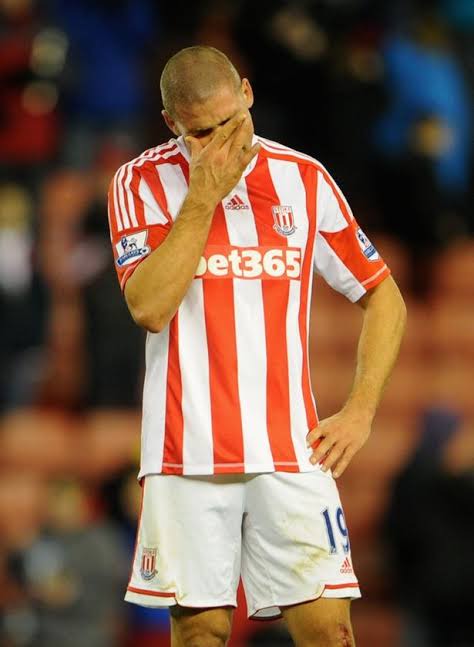 What are your thoughts? What do you think would have happened if this event occurred in the Nigerian football League? Drop your comments below. Don’t forget to hit the follow button.