By EduGist (self meida writer) | 14 days

Timo Werner at his former club was a goal machine. Scoring 30+ goals a season was normal to him at Leipzig. However, signing for Chelsea hasn't been a honeymoon for him. Timo Werner misses some chances even pregnant women can even score. It is disappointing that Timo Werner hardly finishes even "tap-ins" as Cristiano Ronaldo would.

Chelsea fans as well as football enthusiasts are worried about his profligacy in front of goals. The painful part is that some big clubs wanted to sign him before Chelsea under Frank Lampard signed him. Liverpool nearly signed him, however, their delay made it for Chelsea to sign him.

The question now lies, how did Timo Werner who would finish well in the German Bundesliga miss such easy scoring chances he would have scored as of last season? What could be done to him to start firing all the cylinders?

Well, the Chelsea football club have been doing well since Frank Lampard was sacked, however, the German international is yet to find his free-scoring form. Thomas Tuchel has made Chelsea extremely formidable and interesting to watch but Timo Werner is yet to start firing all the cylinder.

The game against North Macedonia where he missed the simplest chance to put Germany in front had drawn the attention of many Chelsea fans and football enthusiasts who think that he is suffering from low confidence.

Though he had once admitted that the premier league is not an issue league. That is why he has been struggling so far. Whichever the case might be, he needs to start justifying the huge amount of money spent on his signing.

These misses will hurt and haunt him because it was so decisive. Unfortunately, Germany was surprisingly defeated by North Macedonia. A country many people said they have not heard of in their entire life. An old man in his late 30s, Pandev, really inspired them to victory. 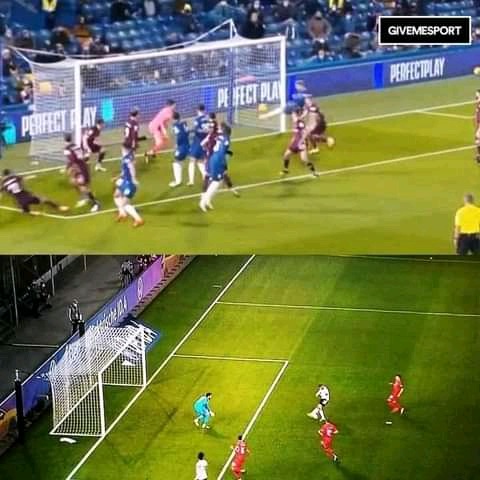 I hope Timo Werner finds his form again and start scoring. If he continues to miss clear clean chances like this, he might be dropped on the bench or sold off in the next transfer market. He needs to build his confidence and psychology as fast as possible. Chelsea fans are even getting tired of his recurring profligacy.

Photos: Arsenal players celebrating their victory and qualification to next round of Europa league.

Teams that are expected to win this weekend