Man City To Reduce Stadium Capacity, Haaland To Man U, Aguero To Chelsea And Many More Updates

By MitchellSmith (self meida writer) | 28 days

Barçelona president Laporta: "I will do everything I can to try to convince Messi to stay. We’ll try because he is the best player and forgive me for telling you in front of everyone here, but you know how much I love you Leo and how much we want you to stay".

For only the sixth time in Champions League history and the first since 2015-16, there are no Italian teams in the quarter-finals.

Chelsea FC are unbeaten in their 13 games under Thomas Tuchel in all competitions, the longest ever unbeaten start by a manager for the Blues in the club's history. Methods.

Angel Di Maria posts on Instagram following the robbery of his home on Sunday night: “Thanks for your constant support. My family and I are very happy here and nothing will wipe away our smiles. ALLEZ PARIS.”

Thomas Tuchel to RMC: "The draw? I am not sure that I want to come across PSG because they are strong."

Rio Ferdinand on Kai Havertz: "He reminds me a little bit of Berbatov in terms of how calm, cool and collected he is."

Bayern Munich have reached the quarter-finals of the UEFA Champions League for the 19th time, more than any other side in the competition's history.

Mikel Arteta says the internal issue involving Pierre-Emerick Aubameyang has been "resolved" but has warned that the forward must earn his place back in the Arsenal team.

Timo Werner (10 goals, 7 assists) has been directly involved in more goals in all competitions this season than any other player for Chelsea.

Bayern Munich star Robert Lewandowski has a long list of football stars past and present which he admires - but he cannot choose a single best of all time.

Arsenal and Egypt midfielder Mohamed Elneny, 28, wants to sign a new contract and says he did not think his Gunners career was over when they sent him on loan to Besiktas last season.

Liverpool have made "insane" and "slapstick" mistakes this season which mean it is "almost impossible" for them to finish in the Premier League top four, says Jurgen Klopp.

Simone Inzaghi admits Bayern Munich are a team Lazio ‘simply cannot compete with right now,’ but they are ‘proud of our journey in Europe.’ “However, I’d say we had an overall good performance, we leave this competition with honour, because we were unbeaten in the six group games.

Diego Simeone said he understood Luis Suarez's anger after the Atletico Madrid forward was visibly frustrated upon his substitution in the 59th minute of Wednesday's defeat at Chelsea.

Juventus are prepared to sell Argentina forward Paulo Dybala with Tottenham and Chelsea both offered the chance to sign the 27-year-old.

Tottenham boss Jose Mourinho insists that his Europa League plans against Dinamo Zagreb have not changed, despite the Croatian club's head coach stepping down after being sentenced to a prison term.

Shakhtar Donetsk announced that Viktor Kornienko has tested positive for COVID-19 on the eve of their Europa League match with Roma.

Chelsea boss Thomas Tuchel singled out N'Golo Kante for special praise following his side's Champions League victory over Atletico Madrid, suggesting that the midfielder gives the Blues an almost unfair advantage thanks to his tireless play.

Liverpool and Manchester City have been warned Chelsea are 'onto something' in the Champions League after their 'super convincing' victory over Atletico Madrid.

Luis Castro insists it won’t take ‘a miracle’ for Shakhtar Donetsk to eliminate Roma from the Europa League. ‘Football is a world of opportunity.’

Erling Haaland is the most in-demand player in Europe and has hinted he could copy former Manchester United striker Zlatan Ibrahimovic by playing for several top clubs on the continent.

Chelsea progressed to the Champions League quarter-finals, beating Atletico Madrid 2-0 on Wednesday to complete a 3-0 aggregate win in the last-16 second leg at Stamford Bridge.

Erling Haaland would be better off choosing to join Manchester City over Manchester United at this moment in his career, according to Crystal Palace winger Andros Townsend.

Fikayo Tomori explains how Paolo Maldini, Zlatan Ibrahimovic and the Milan trophy room ‘wowed’ the defender on loan from Chelsea. ‘Ibrahimovic is like a father figure.’

Football Association chief executive Mark Bullingham has offered a "heartfelt apology" to survivors of child sexual abuse in football after fully accepting an independent review that found the organisation did not do enough to keep children safe between 1995 and 2000.

Inter announce that Samir Handanovic has also tested positive for COVID-19 after his teammate Danilo D’Ambrosio.

Sergio Aguero is on Chelsea's watchlist while Barcelona have already made contact with the Manchester City striker over a free transfer.

Sacking Maurizio Sarri after just one season and keeping him on the payroll will cost Juventus €17.335m.

Manchester City have announced plans to reduce the capacity of the Etihad Stadium by around 1,100 seats in order to fit new electronic advertising hoardings.

Paulo Fonseca assures Roma will ‘not come to clam up in defence’ against Shakhtar Donetsk in the Europa League. ‘I know their quality and character.’

Fans are expected to be allowed to attend the final of the UEFA Champions League due to be held in Istanbul in May, according to reports.

Juventus midfielder Weston McKennie has pulled out of international duty with the US Men’s National Team due to a slight injury.

Liverpool manager Jurgen Klopp has named Robert Lewandowski as the best player he has ever coached.

Bayern Munich striker Robert Lewandowski admits his idols growing up played in Serie A, Roberto Baggio and Alessandro Del Piero.“I remember when I was six years old and there was only one idol for me: Roberto Baggio,” “After that, Alessandro Del Piero became my hero, I really admired him. Having said that, I was too young then to really understand his characteristics or style of play.

Marcus Rashford has been named as this year's Postcode Hero for his charitable and campaigning work on food poverty.

Cristiano Ronaldo won't think about individual targets, and his bigger goal is to win the World Cup with his national team,' says Portugal coach Fernando Santos.

"Cristiano has extra motivation when he represents the National Team. I am sure he will come with the same ambition, not thinking about personal goals, but focusing on those of the national team,”

Marco Parolo scored an historic Champions League goal, but admits Lazio are lacking the right ‘mentality’ both in Serie A and Europe.

Dennis Bergkamp is desperate to return to football coaching - and has suggested he would jump at the chance of returning to former club Arsenal.

Boss Hansi Flick has vowed Bayern Munich will stick with their high-risk strategy after reaching the last eight of the Champions League.

UEFA's plans to ensure every game at the delayed Euro 2020 finals is held in front of supporters have provoked a backlash from the German government.

Edinson Cavani will not be involved in Manchester United's Europa League clash with AC Milan on Thursday night despite being named in the initial travelling squad.

Manchester United's embarrassing mix-up which cost them dearly in the race to sign Erling Haaland was down to a John Murtough blunder.

Kylian Mbappe and Erling Braut Haaland are not likely to secure moves to La Liga for the 2021-22 campaign, according to the league's president Javier Tebas.

The agent of Inter Milan full-back Achraf Hakimi has insisted that his client is "happy" in Italy amid speculation surrounding a move to Arsenal. 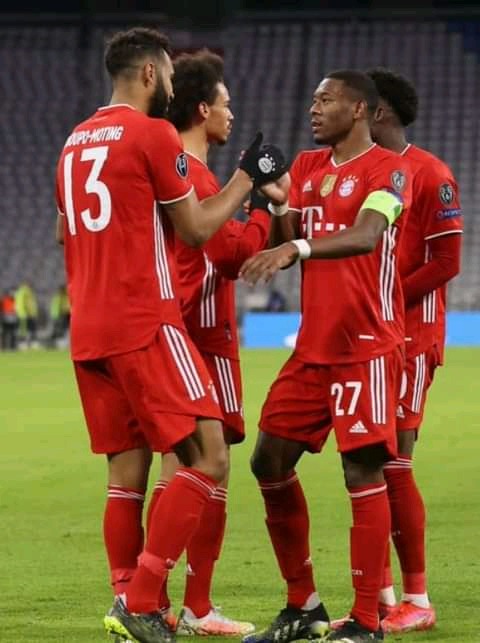 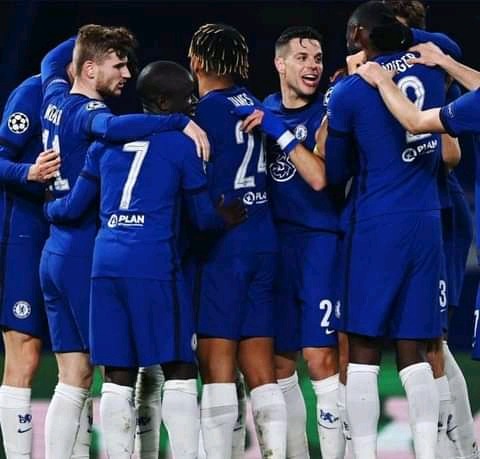 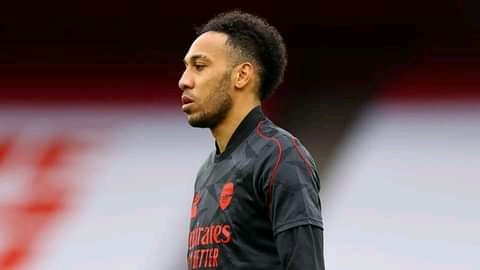 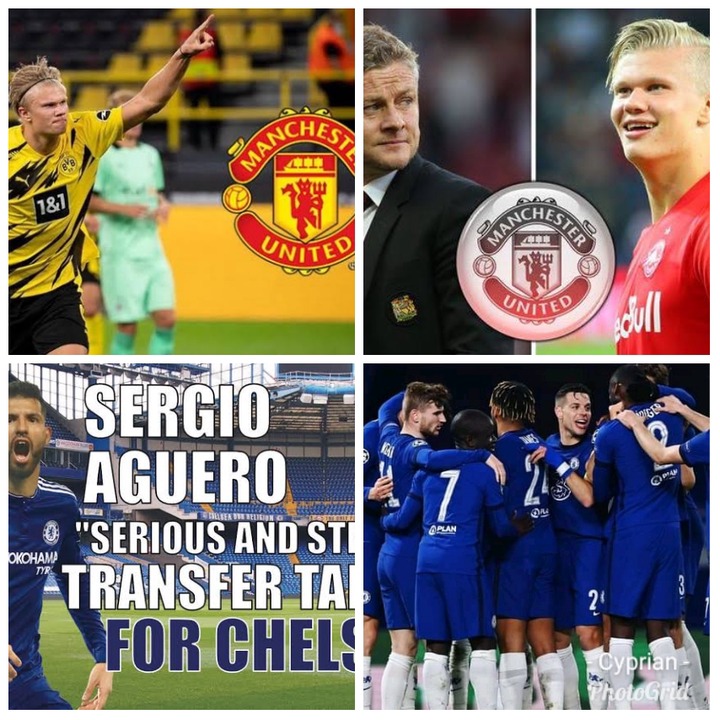 Arsenal Midfielder Tells Club He wants To Leave In Summer

Real Madrid Has Never Won Chelsea In UEFA, See How Many Times These Clubs Have Met